What does life look like with a chemistry degree, a closet full of clothes and no place to go? Nigil Mack, a client at Jimmie Hale Mission‘s homeless shelter for men, shared his experience with living on the streets. He shows that just because you have everything you need, it doesn’t mean you’re not missing what’s most important.

Mack grew up in Selma, Alabama where he graduated high school at the top of his class with aspirations to become an anesthesiologist. He went on to study chemistry at University of Alabama at Birmingham (UAB) on a scholarship. However, as he began his freshman year, his grandmother became very ill and passed away. Eventually, his mom would become sick, too, leaving Mack more alone than he’d ever been in his life.

Before this time, Mack had never touched alcohol, but he began to drink excessively through his college career. Part of his drinking was a form of self-medication for the pain he felt after losing his grandmother, while the other part was the general partying culture on campus.

“After my grandma passed, I didn’t realize I’d changed. God started to take the back end. Alcohol numbed the pain and gave me confidence.”

After losing his grandmother and having his mom in declining health, Mack not only took on responsibilities for himself but for others. He helped friends pay rent, let them crash on his couch indefinitely and took care of their basic needs like food, clothing and school supplies.

He began to hustle, too. Just marijuana, he said, and only to make enough cash to get by. It was easy for him to justify these actions because the money he earned allowed him to provide for those in need.

“It used to hurt me that I had certain stuff and then see people who didn’t have certain things I’ve always had access to. It made me feel more secure in what I was doing (hustling). It was filling a void I didn’t even know I had.”

Despite his alcoholism and the heavy burden of responsibility, Mack did all of the “normal” things you associate with life. He graduated on time, landed a job at UAB in biomedical research and he even fell in love. But, life still left a big gaping hole he couldn’t seem to fill.

As many of us can attest, helping others often becomes a one-way street. You give and give and give, but when it’s time to call on someone to help, the phone line rings back a busy tone. Mack’s alcohol consumption rapidly increased the more helpless he felt.

“I was hurting inside, alcohol became self-medication. I was always the person taking on other people’s burdens.”

Mack saw his efforts being returned from loved ones for the first time when he became sick himself. He was diagnosed with a brain tumor and friends quickly rallied around him with support. “Finally,” he said, “they were saying to me what I always wanted them to say.”

It appeared as though life was taking a positive turn, and his illness became a wake up call. Mack started eating right, cut out alcohol and had good relationships within his community. While from the outside Mack seemed to be on the straight and narrow, the turmoil he felt within wouldn’t cease.

“What messed me up was once I made it through the hard times with my sickness, everything went back to normal with my friends. I wasn’t able to get back to normal, though.

I don’t know what it was—I guess I got tired. Every time you get hit with affliction you get tired. I’m not talking about that normal tired like ‘I’m sleepy.’ I mean tired of everything.”

The next four months became a critical and defining moment for Mack. He walked out on everything he had. Not figuratively—he literally left his apartment, left his clothes and went into the streets of Birmingham with no plan of returning.

“This is the part that makes people mad. Some people say it was a mental breakdown. I just walked out of my apartment—I was just that broken. Even though I had everything, when I talked to God I said, ‘I’m still broken and even though I’m still here, I need to know why I’m here.’”

Maybe it was a test to himself, to God, to his friends—Mack just knew nothing was making him happy. Material items held no value and his friendships weren’t fulfilling.

What does day-to-day life look like when you don’t have a home? For Mack, it involved a serious amount of drinking. His apartment was paid two months in advance, so he would occasionally go back and shower or grab clothes—not to wear, but to distribute to other homeless people.

“I didn’t go back to my life because of the stress factor and responsibility. Other people depending on you but not knowing when you’re hurting. I felt detached when I was in the streets, not having to deal with any worries. In a sense, I did it as an escape.”

After Mack’s pre-paid rent ran out on his apartment, reality set in—he was homeless in every sense of the word. There was no backup plan. To pile insult on top of injury, the same friends who used to sleep on his couch had no room for him.

“I know my story sounds stupid to other people. I had to stop the problem ahead of time because that’s what my drinking was going to do anyway. My friends would look at homeless people and judge them and I just thought, ‘Man, that was me.’”

When his friends finally stepped in after four months of Mack living on the street, they started researching and looking for places to bring him. One name continually came up in conversation—Jimmie Hale Mission.

“I know the blessing of this place. This place is special because of the recovery process that tackles the part when you got tired. The staff sees what’s underlying your problems and the ‘why’ behind them. When I got here, I had to learn how to put God first with everything I do. My relationship with God now is giving me joy and understanding.”

Mack came to Jimmie Hale Mission in January of 2020 and made a commitment to work through the program with determination. Over and over he repeated, “Nothing is going to change until I change myself—until I find myself.”

Mack was gearing up to move out of Jimmie Hale Mission and into his own apartment when I spoke with him. He’d recently received a promotion at work, too. As we wrapped up the interview, he stopped to look at his watch—his shift started in about 45 minutes.

In life’s funny irony, Mack’s new job consists of working as a Manager of the Wine and Beer Department at Piggly Wiggly. His future career plans involve two aspects: getting back into chemistry and research and, although sober, owning his own beverage company. There may be a long road ahead of him, but this time he won’t be walking it alone. 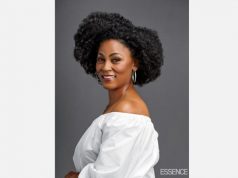 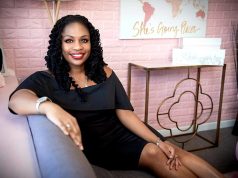 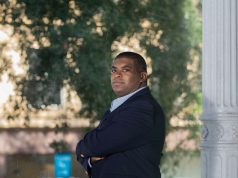