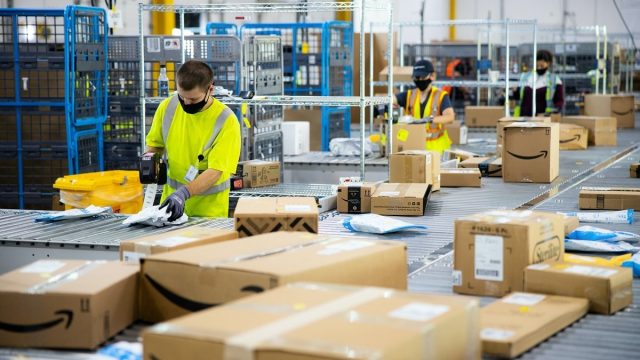 Amazon Logistics announced this month it will open two new Birmingham delivery stations, including a 112,000-square-foot delivery station in Bessemer, adding 80 full-time jobs and representing a capital investment of approximately $25 million. The Bessemer delivery station will also offer a number of part-time positions and around 200 contract drivers and is expected to open in 2021.

The stations will power Amazon’s last-mile delivery capabilities to speed up deliveries for customers in the Birmingham metro area, the company said. The Bessemer facility will be located at John Hawkins Parkway and Lakeshore Parkway.

“We are excited to continue to invest in the state of Alabama with two new delivery stations that will provide efficient delivery for customers and create hundreds of job opportunities,” said Amazon’s Owen Torres. “These delivery stations represent Amazon’s unwavering commitment to safety, technological innovations and skilled teams who are obsessed with delivering for our customers.”

The Birmingham Business Alliance (BBA) has worked with Amazon since 2018, when it announced it would bring a fulfillment center to the Birmingham region.

“The Birmingham Business Alliance has enjoyed our relationship with Amazon since it first looked to our region as a location for its now operational, best-in-class fulfillment center,” said Jeff Traywick, vice president of economic development at the BBA. “We are happy to see Amazon’s continued growth with these delivery stations and the quality job opportunities that come with it. The local team, including U.S. Steel, Jefferson County, the Cities of Bessemer and Birmingham and our utility partners, have all worked hard to ensure the same high level of local support that they have become known for amongst our new and expanding industries.”

Amazon’s presence in the Birmingham region continues to have a positive ripple effect on not just Bessemer but all of Jefferson County, said Jefferson County Commissioner Steve Ammons.

“A few years ago, Jefferson County intentionally recruited Amazon with the ‘Bring A to B’ initiative,” he said. “Since then, Amazon has announced multiple centers and thousands of jobs. We are thankful for Amazon’s continued partnership and positive impact on Jefferson County.”

Companies like Amazon are choosing Birmingham because of its geographic proximity and connectedness to the entire Southeastern region, said Birmingham Mayor Randall Woodfin.

“Amazon’s announcement signals the resilience of our economy and the emergence of Birmingham as a logistics hub in the Southeast,” he said. “It goes directly to our priority of job creation. It also provides a great opportunity to redevelop this strategic district of our city.”

“I am extremely excited with the relationship the City of Bessemer has established with Amazon,” he said. “The fulfillment center which opened earlier this year has been a tremendous success and has given opportunity to many of our residents as well as others throughout Jefferson County and the surrounding communities. I have no doubt this Amazon delivery station will continue to build on Amazon’s success here in Bessemer and continue to create even more job opportunities for our residents. I am so proud of all the successful economic growth in our city. This is indicative of what can truly be realized when all of us – city, county and state – come together for the good of all.”

And the company’s continued presence in the region signals it sees locating in the Birmingham region as a smart move.

“With a large-scale fulfillment center already operating in Jefferson County, Amazon’s decision to open delivery centers in Bessemer and Birmingham shows that the internet retail giant sees Central Alabama as a prime location to energize its growth,” said Secretary of the Alabama Department of Commerce Greg Canfield.