For an extremely nearsighted person, Dr. Lori Alyse Croom could see her career path a long time ago.

“I knew in 10th grade that I was going to be an optometrist,” she said. “I was a Fox 6 News Star Student of the Week [at Shades Valley High School, in the Irondale neighborhood], and there is a video of me saying how I wanted to be an eye doctor and have own my own clinic. … It was something I always wanted to do.”

Croom, 35, achieved her goals. She is now an optometrist who owns her clinic, NowVision Eye Care in downtown Birmingham, which she opened April 2012. She gained familiarity with the profession while attending the Irondale Community School, which is currently pre-kindergarten through fifth grade.

“I’m extremely nearsighted. So, since first grade, I started having my eyes checked,” Croom said. “I would go to the [University of Alabama at Birmingham (UAB)] School of Optometry, [where] the people checking my eyes were students. … That’s how I became interested in it and started doing my research as I got older.”

Croom is more than just an eye doctor—she’s also a business owner who once had her own photography business and author of the recently published “My God Today: 365 Devotions For People Who Might Be A Lil’ Ratchet (But God Knows Your Heart).”

The book came as a result of an inspirational Instagram video she posted in 2017 that generated a million views and was shared thousands of times. How did that happen?

“I made a video that [people found] funny,” she said. “It was me using the lyrics from ‘Wipe Me Down,’ [a 2007 song from rapper Boosie Badazz, formerly known as Lil Boosie], to explain how God provides for us. … I was just thinking, ‘My [3,000] followers on Instagram will think this is funny.’ They did, so I shared it on Facebook. … After I shared it on Facebook, it ended up getting viewed a million times, shared thousands of times, and reposted by [sites like] The Shade Room and WorldStarHipHop; there was an article about it at Vibe.com, too. … It just blew up out of nowhere.”

So far, “My God Today” has sold close to 2,000 copies. Much like her viral video, the devotional is filled with inspiring messages based on song lyrics.

“[Each daily devotional] includes a short quote from a song lyric accompanied by an inspirational message … and a scripture to read,” Croom said. “For example, one of the messages is ‘Ran Off On Da Plug Twice,’ [the title of a 2016 song by rapper Plies]. It’s about backsliding or running away from God when he has been our source, or our plug, and we run off on him whenever something else seems more appealing.”

Croom, born and raised in Birmingham, is the middle of five children who grew up with their parents in the Irondale area. Her father, Ronald, worked in public relations at Miles College, and her mother, Gloria, worked for the Social Security Administration.

In addition to her other skills, Croom played basketball and took piano lessons with the Young Musical Geniuses of Birmingham, a music club that offers programs to meet the needs of all junior music students from studio to individualized private instruction.

“I did several years of piano instruction there, and I was involved heavily in the church I grew up in—First Baptist Church of Graymont in the Smithfield area, where my granddad, the Rev. Dr. J.W. Croom, was the pastor for more than 50 years,” she said. “I sang in the choir and was on the usher board and praise dance team.”

“It was a goal I had set in my freshman year,” she said. “I was grateful to deliver the valedictorian speech … and proud that my parents, grandparents, and fellow African American students got to see that happen.”

After graduating from high school, Croom went on to Spelman College in Atlanta, Georgia, where she majored in chemistry.

“Spelman was a culture shock because it was really the first time I was submerged completely in Black culture,” she said, adding that one recruiter told her Spelman wouldn’t be diverse and Croom wouldn’t get the real picture of the world.

“[Spelman] was more diverse than I could have ever imagined because I was surrounded by people from all over. Black people are actually so diverse within themselves. … I enjoyed being able to see so many young Black people trying to make something of themselves. … It was a great experience for me.”

“I was a wedding photographer, and I had a photography studio across the street from [what is now] Railroad Park … that I hoped [could be] turned into a clinic once I finished school,” she said.

While in optometry school in 2009, Croom bought a camera, thinking she could take some pictures of nature and sell prints for extra cash.

“I was married at the time, and when my [then] husband got a hold of the camera, he got really good at it,” she said. “The next thing we knew, we had started a full-blown wedding photography business [and photographed] weddings all over the country and in other countries.”

Croom earned Doctor of Optometry (OD) degree in 2011, but the studio she wanted to convert into a clinic happened to be on the land where the Regions Field baseball facility is now located. Croom accepted a lump sum to relocate her business.

“We ended up moving down the street to the building we’re in now,” she said. “[The relocation] ended up being a blessing. I was able to purchase the building instead of leasing or renting, [and] it gave me just enough money to get my equipment and get the practice started without a loan from the bank.”

At that time, Croom wasn’t even 30 years old: “It was unheard of for a 27-year-old African American female to open a clinic in the black without taking out a loan from the bank,” she said.

Croom has one or two employees at any given time and sees about 3,500 patients annually.

“Once I stopped doing part-time [eye exams at a prison in Talladega, Alabama] and focused on just growing the clinic, it grew much faster,” she said. “In the beginning, I was trying to split my time between prisons and nursing homes, … [but] I took a more active role in trying to grow [my clinic]. I’ve learned that it’s just a matter of time—if you’re doing a good job and continue to be consistent, it is only a matter of time before the word continues to spread and continues to grow.”

When the COVID-19 pandemic hit earlier this year, Croom was forced to close her eye clinic for two and a half months.

“I was sitting there like, ‘Well, Lord, what do you want me to do with all of this time? I’m stressed out trying to help my girls with virtual school, and all of this stuff is happening.’ He gave me the idea to go ahead and write that book,” said Croom, a single mom with two children, Charity, 6, and Christen, 4.

Croom started writing the book in May. Her goal was to finish it in time for people to get it for Christmas.

“I just sat there and focused on it,” she said. “Eventually, I reopened the clinic, and I was still working on the book. It was hard because I had to make sure I was staying on task and doing a certain number of pages a day: 365 is apparently a lot, and I didn’t realize that when I started this.”

Croom released her book on September 15—and it was the number-one newly released devotional for the first few weeks it was available.

“The response to it has been amazing so far,” she said. “People from all over the country have bought it, even people from other countries. [Rapper, actor, and activist] David Banner reposted it on his page, and the response has been really, really good. I appreciate God for doing that.”

“My God Today: 365 Devotions For People Who Might Be A Lil’ Ratchet (But God Knows Your Heart)” is available at Amazon (www.amazon.com/My-God-Today-Devotions-Ratchet-ebook/dp/B08HX82YN8) and www.loricroom.com. 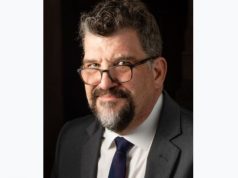 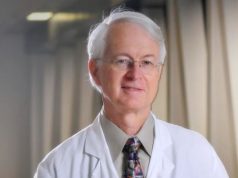 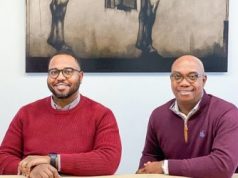