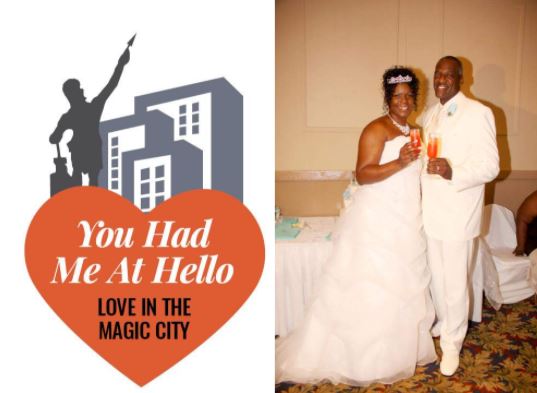 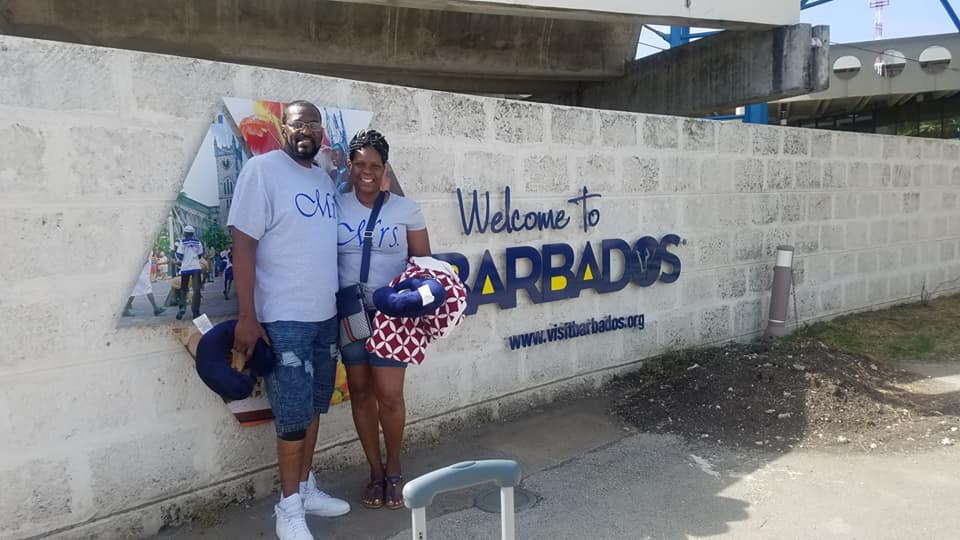 Met: In the early 1980s when Eric and his family moved to the Ensley area and lived on the same street as Sabrina and her family. “She lived across the street from us,” Eric recalled. “We were kids then and I don’t remember the first conversation we ever had but I knew I was attracted to her from the very beginning.” He was three years older at the time and it may have been puppy love, “but it was love,” Sabrina said.

The pair dated through Ensley Magnet High School but went their separate ways after. Years passed and they would check in on the other through friends and family but did not reconnect until 2008.

“We had a mutual friend we grew up with and her mom was in the hospital and I went there to check on her and [the friend] had still been in touch with Sabrina so while I was there she called Sabrina and gave me the phone,” said Eric.

Sabrina remembers it that way as well. “He got on the phone and I knew off the bat that it was him but at the time, I was at my son’s high school basketball game so I told him it was noisy and we talked for a minute and I gave him my number and I told him we would talk later because it was so loud in the game,” she said.

Eric called the next day and they would talk on the phone frequently. He even came to her house the day before Thanksgiving 2008, and after that day, they started dating.

First date: A few weeks later (winter 2008), the pair went to the StarDome Comedy Club in Hoover where they saw comedian Sommore and said the date went well.

“I felt like he always had a place in my heart any way but we grew up and went our separate ways,” said Sabrina. “It was no hard feelings because for me, he was my first love and when we reconnected it was like we were never apart.

When they reconnected Eric said he was being cautious “but I knew my intentions. It was a wonderful experience, we enjoyed the comedy club and we enjoyed each other, I couldn’t say too much what happened at the comedy club because I was just happy to be with her,” he said.

The turn: For Sabrina, the turn came when they began serious conversations about marriage.

Sabrina also liked the way Eric treated her two sons from her previous relationship. “He always put my kids first,” she said.

Eric said he always wanted to be married but never found the right person until he reconnected with Sabrina.

“I wanted a God-fearing woman that loved her parents, loved her kids and loved me,” she said. “She had all of that, plus I already had love for her and I told her several times before, if I didn’t get married to her I probably wouldn’t get married.” 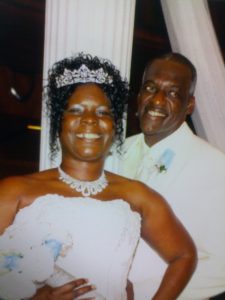 The proposal: In June 2010, at Sabrina’s church, Pleasant View Baptist Church in Ensley where Rev. Roger T. Malone is the pastor. The pair would alternate between their respective churches each Sunday and Eric already planned how he would do the proposal if they were at his church, Bethel Missionary Baptist Church in Pratt City or hers.

On the Sunday of the proposal they happened to be at Sabrina’s.

“I got permission from the pastor,” Eric said. “She was an usher at her church and he called me down to the front of the church and I was no stranger to speaking in front of her church [and] I talked about the church and the pastor and I led up to letting them know that when God gives you something and you take it for granted, He will take it away from you and I didn’t want Him to take something He’s given me so precious away from me so I asked her if she would take my hand in marriage.”

Sabrina said it came as no surprise when he went to the front of her church to speak, but she was shocked to hear the proposal.

“When he got on in the speech and he got on his knees, I was like ‘Oh my God!’ My legs got so weak and I thought I was going to fall out. I’m the type of person that you can’t really get anything over my head… it really threw me off guard at that time because I didn’t think anything of him speaking at my church… it was so emotional for me and my church because everybody in there was crying.”

The wedding: At Abyssinia Baptist Church in Ensley, officiated by Rev. T.L. Lewis and Rev. Malone. Their colors were poole blue, ivory and silver.

Most memorable for the groom was when the doors of the church opened. “When he walked down the aisle, I was emotional but my pastor would not let me cry. Just to see our son walk her down the aisle was very memorable for me because her father passed when she was young.”

Most memorable for the bride was having her mother there. “My mom passed in 2017 but she was really happy to be able to witness me getting married to someone that she really loved. She always told me that she wanted to live long enough to see her grandkids and for me to find true happiness.”

The couple honeymooned in Gatlinburg, Tennessee for five days.

Words of Wisdom: “Compromise and really have patience in a marriage,” Sabrina said. “That was my biggest thing because I am the only child and I’m used to having my way so I had a little trouble with compromising. I would say be true to yourself, compromise and make the best of it. Make sure this is the person you want to be with and make the best of life and live life.”

Eric said, “If you want it to work, it will. I say that because we are so traditionally sound that as married couples we tend to do the norm. Be willing to do whatever it takes to make it work and it will work. Always put them [your spouse] first, their thoughts, their feelings and it will always work, be selfless.”

Happily ever after: The Howards have three children, Orlando, 28, Erica, 26 and Prince, 18.

Sabrina, 48, is a Birmingham native and a graduate of Ensley Magnet High School. She attended Lawson State Community College. Sabrina works at Charles Brown Elementary School where she is a substitute teacher.

Eric, 51, is a Birmingham native and a graduate of Ensley Magnet High School. He is a supervisor at Precoat Metals.

Since the onset of the COVID-19 pandemic, Eric has been going to work while Sabrina worked remotely from home for a few months before going back to the classroom in September.

The couple enjoys traveling and were avid travelers before the pandemic having visited Jamaica, Mexico, Barbados and the Bahamas. They have also taken cruises and enjoy taking cabin trips to parts of Georgia and Tennessee. They also try to have date night every two weeks. 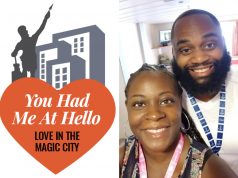 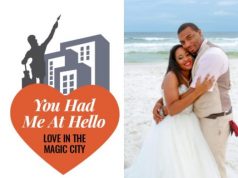 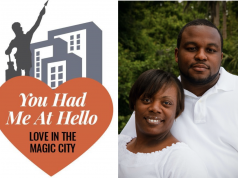