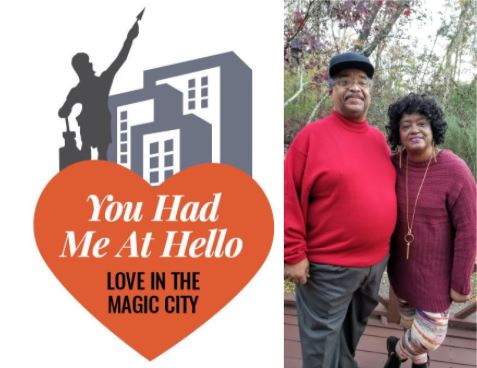 Met: October 1962, at Ketona Junior High School in Ketona Ala, during Carolyn’s talent show. Carolyn was singing ‘Lover’s Concerto’ by The Toys when Larry caught her eye.

Carolyn, 11-years-old at the time, was best friends and classmates with Larry’s sister [also named] Carolyn but had never met Larry “…but when he walked in I knew who he was because of how she had described him, and I must say it was love at first sight,” Carolyn recalled. “When I saw him I felt love in my heart, and not puppy love, it was the real McCoy, and till this day we call that song our song.”

Larry, also 11 said, “I stopped right in my tracks . . . I watched her performance and I knew I had to meet her. I did, and I got her phone number.”

First date: May 1965, at Carver Theater in downtown Birmingham. It was both Carolyn and Larry’s last day of junior high school [from their respective schools]

Carolyn said she was nervous, excited, and scared that her parents would find out, “but it was worth the risk” she said. “At the very end of the movie, there was a wedding and the priest said ‘you may now kiss the bride’, and Larry looked at me and said ‘you heard what they said.’ and he kissed me,” Carolyn said.

“I wanted to kiss her good enough so it wouldn’t be the last kiss,” Larry said. “I just wanted to make a good impression on her…

The turn: The pair began New Castle High School in New Castle, Ala. together, but by their junior year, segregation had ended and both attended different integrated schools. “I went to George Washington Carver [High School] North Birmingham), and Larry went to Tarrant [High School, in Tarrant, Ala], but he ended up having to come over to Carver, and when he started there I saw how all the girls were looking at him, and I said ‘oh no, he’s mine’, and that’s when it got serious for me,” Carolyn said.

Things got serious for Larry when he started at Carver and “they put us back in the same homeroom again [just like they had been at New Castle],” Larry said. “And then pregnancy came along.”

At that time, Carolyn was in her senior year of high school and pregnant girls weren’t allowed to attend school until a year later. “…but they didn’t find out until the end of the school year that I was pregnant. I couldn’t participate in the graduation, but I still got my diploma on time,” Carolyn said.

The proposal: April 1, 1971, at Carolyn’s parent’s house on the same porch where her daddy once kicked Larry off.

“I was at school [in Texas] when I heard the Lord say that I needed to go and make things right. I drove 600 miles through the night, and straight to Carolyn’s house and took her out on that porch and told her that we were going to get married on Wednesday,” Larry said.

Carolyn said she was ecstatic. “He didn’t ask me anything, he just told me we’re getting married on Wednesday… I was thinking wow, we’re really going to do it. I never wanted to marry anyone else, it was always only him, so I guess you can say it was a dream come true,” she said.

The wedding: At Jefferson County Court House, officiated by a courthouse officiant. Carolyn wore an Easter dress her sister had previously purchased for her, and Larry wore a suit.

Larry, who was a college freshman at Jarvis Christian College in Hawkins, Texas at the time, said their wedding day was made possible by their families.

“We didn’t have any money. All we had was two children and a desire to be together,” he said. “My mama bought the ring, her daddy paid the preacher, and my sister paid for the hotel room we stayed in that night…”

Most memorable for bride was marrying “the guy of my dreams, and the love of my life,” Carolyn said. “Oh, and, I was of age [to consent to marriage], but Larry was not. Nobody had to sign for me, but his mama had to sign for him,” she laughed.  The pair were both 19 years old, but in 1971, a man had to be 21 years of age before he could consent on his own to marriage, while a woman only had to be 18.

Most memorable for the groom was running into an ex on the way back from buying Carolyn’s wedding ring, “and Carolyn rubbed the ring in [his ex’s face], Larry said.

They honeymooned one night at the hotel Larry’s sister paid for in downtown, Birmingham.

Words of wisdom:  “Love covers a multitude of faults,” Larry said, “it’ll get you through things that you can’t get through by yourself. If you put Christ in the center of the marriage, even when you both pull in [opposite directions], He’ll always pull you back together. There were times we didn’t want to stay together or be around each other, but Christ and commitment kept us…”

He added, “…you’ll want to be together again because it’s about give and take, you just have to be committed to your marriage, family, and home life.”

Carolyn said both come from a time “where the mama and the daddy forsake it all to stay together no matter what. We both come from the example of staying together, my parents were married 68 years when my father passed, and my husband was raised by his grandmother and grandfather who were together for 44 years before his grandmother passed away. If you trust in the Lord with all your heart and lean not into your own understanding, the Lord will keep you together.”

And, the Hollman’s advise not to look across the street to see if your “neighbors’ grass is greener.”

“What works for one couple doesn’t always work for another. Think about your individual marriage and what works for you,” Carolyn said.

Happily ever after: The Hollman’s have three children, DeWaine, 51, DeNitta, 50, and DeRenda, 43, and grandparents of six grandchildren and one great-grandchild.

Carolyn, 69, is from Harriman Park community in Birmingham and a George Washington Carver High School grad. She attended Jarvis Christian College in Hawkins, Texas, where she studied English. She is retired from Liberty National Insurance company where she worked for 35 years.

Larry, 69, is a Tarrant native and George Washington Carver High School grad. He attended Jarvis Christian College in Hawkins, Texas, where he earned a bachelor of science degree in education. He is retired from Bell South Yellow Pages and also pastors Mount Joy Baptist Church in Trussville where he’s ministered for 28 years and counting.

The Hollman’s, who celebrate 50 years of marriage on April 7, said, “we still have each other and the love of our lives. We have our children, grandchildren, and great-grand, and live a moderately happy life.”

The couple had planned to celebrate their Golden Anniversary with a vow renewal ceremony and banquet, followed by a European cruise visiting Spain, Italy, and France. However, the COVID-19 pandemic has postponed all of their plans, and instead, they’ll stay close to home and celebrate with their children and their families. 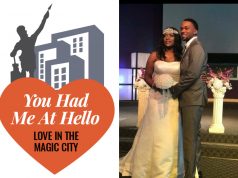 “Be willing to die (to self)…if not, your marriage will be on life support