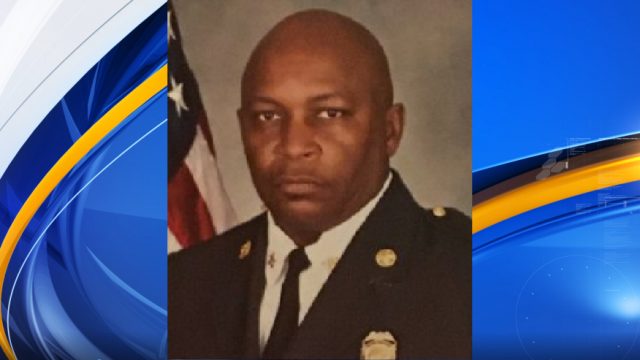 Mayor Randall L. Woodfin on Wednesday expressed condolences to family, friends and co-workers of Donald Jones, a 26-year veteran of the Birmingham Fire and Rescue and fire chief for Midfield, who passed on April 21. He was 59.

Chief Jones retired from Birmingham Fire and Rescue on Feb. 14, 2020 as an assistant chief. He was later hired as fire chief for the City of Midfield.

Woodfin said Jones’ career spoke volumes in the way he did his job and served the public. “Chief Jones had a selfless dedication to the fire profession, and that dedication could be seen in all he did,’’ Woodfin said. “Even though he had retired from Birmingham, he still remained in touch with his former Birmingham co-workers and made a point to make sure they were OK in their time of need.’’

“I’m saddened by this loss. He will be missed,’’ Woodfin said.

Chief Jones had planned to join Birmingham Fire and Rescue Chief Cory D. Moon on Thursday to visit a Birmingham firefighter who had been injured while fighting a fire. “He was just passionate about service and the profession of being a firefighter,’’ said Moon. “He loved the City of Birmingham. There is no question about it.”

“Chief Jones was a mentor to me. One of the biggest lessons I learned from him was to always be professional and to learn your job,’’ Moon added.

“I have spoken to the mayor of Midfield and told him to let the Midfield Fire Department brothers and sisters know we are here to support them in this time of grief.’’

Chief Jones was hired as a Birmingham firefighter on Aug. 23, 1993. He saw several advancements during his career, including being promoted to fire lieutenant in June 2005 and fire captain in May 2008. In May 2011, he was promoted to battalion chief. In October 2015, he was promoted to assistant fire chief.