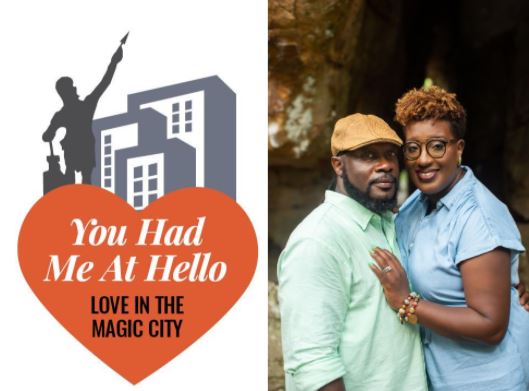 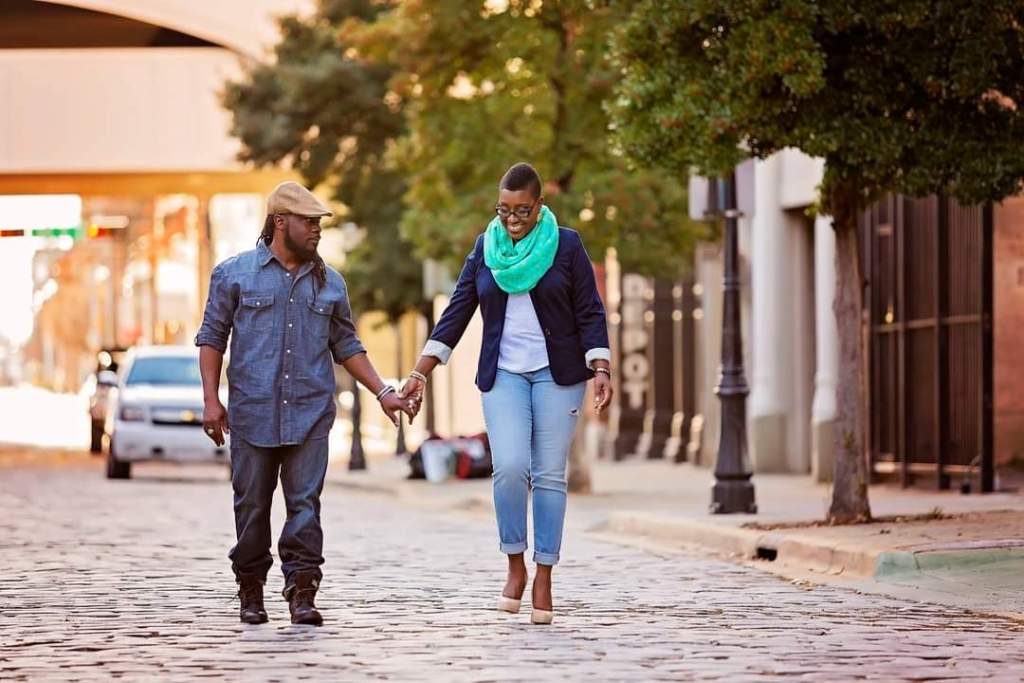 Met: November 2011, at ‘The Shop’ barbershop on 1st Ave North, in Birmingham.

It was love at first cut for these two. LaToya was a recent divorcee and had just moved back to Birmingham after having lived in Alaska on military assignment with her ex-husband. LaToya said she was feeling blue but was in need of a good cut so she headed to the shop where she knew she could find a great barber.

When she sat in Felando’s chair there was an instant connection, LaToya said.

“I was going through a hard time and I guess he could kind of feel that I was down, and he [was able to make me] …,” LaToya said. “There was an instant connection, we started seeing each other and he became a listening ear for me.”

Felando remembered LaToya from past times she’d come to the shop to get her hair done by her godmother, which was one of his old coworkers, “and [LaToya] just wasn’t herself. I was concerned because her energy wasn’t the same,” he said. “I had a real attraction to her because upon hearing her story about what was going on, I felt some type of way and wanted to be the one to brighten her days.”

“I was a little nervous at first because I was afraid that my mom would think that I was moving too fast because I had just gotten back and my divorce was just finalized that September, and I was already seeing someone new…” Latoya said.  “We were pretty bold, our chemistry was strong from the beginning and we moved pretty fast. We made it official [quickly], and I took him to meet my family and my mom fell in love with him right away, she knew he was right for me.”

Felando said. “. . . My being older [by nine years] and [having] experience being around older people [enabled] me and her mom to click, and from that day on all of her whole family has accepted me,” he said.

The turn: September 2012, during LaToya’s 30th birthday trip to Jamaica. What was initially planned to be a girls trip for LaToya with her best friend Cedrica Rhynes, and sister Angie Sims, ended up including Felando because “I couldn’t imagine bringing in my [birthday] without my special someone,” said LaToya.

“…I [had grown] to care about LaToya a lot in that short timeframe that we had been together, and being with her has changed me a lot, every year I grow more, and I didn’t have that in my first marriage. Her values pulled me toward her,” said Felando. 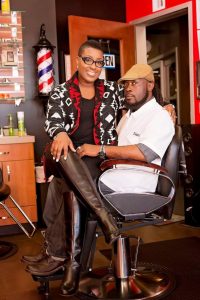 The proposal: Christmas 2014. Felando wanted to keep his plan to propose under wraps but said that he did clue in a few family members.

After the food was blessed “I was so nervous I forgot to get down on one knee, but I pulled her to the side and took her hand in my hand and asked her to marry me. I thought she wasn’t gonna accept the ring [because she was silent for so long], she was just surprised, she was in a state of shock,” Felando said. “It was the best thing I had ever done, it was a big accomplishment for me to do that in front of our families, and on that day made it more special.”

LaToya said that Felando proposed “exactly how I would’ve wanted it, which is before my family. He’s a very simple guy and not into bells and whistles, so for him to plan it was special,” she said. “Both of our mother’s, siblings, [and extended family] being there was special and made it the perfect Christmas day.”

The wedding: Iberostar Rose Hall Grand Resort in Montego Bay, Jamaica, and was officiated by Pastor Ron Young. Their colors were mint green and coral.

Most memorable for the bride was how magical the day was. “Everything went the way that it was supposed to go… we had family and friends that traveled with us from near and far, we had 25 guests and it was amazing,” LaToya said. “It was special being back in the same location that we took our very first trip together.

Most memorable for the groom was also their entourage. “The people that we took along with us were close friends and church members that supported us,” Felando said. “To see everybody getting along and having fun was a good feeling,  but the best part was watching my wife come down the beach and to the altar to marry me.”

Words of wisdom: “We do things together, we work well 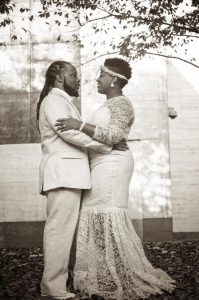 together and we’re a team. We don’t do a lot of 50/50, we just get it done,” LaToya said. “You have to pray together. You can tell God your plans, but he’ll laugh at you. We told God we weren’t gonna have any kids and travel the world together, and here we are with a two-year-old and she’s the best thing that ever happened to us.”

She added, “Waking up to the same person for the rest of our lives is how we would have it to be.”

Felando said to listen to one another and be patient. “I had to learn patience during the first part of our marriage and get that right,” he said. “You have to listen and have more understanding for your spouse. God and prayer is the tie…”

Happily ever after: The Anderson’s have one child, daughter Londyn Reign, two.

LaToya, 38, is an East Lake native and Woodlawn High School grad. She attended Alabama Agricultural & Mechanical University where she earned a bachelor’s degree in elementary education and the University of West Alabama where she obtained her master’s degree in school counseling. She is the counselor at Chalkville Elementary School, and founder of the ‘Gap Girls Aspiring With a Purpose’ mentoring program for girls ages 9-16.

Felando, 47, is an Avondale native and Woodlawn High School grad. He works in the maintenance department at USPS, and operates his barbering business ‘Quality Cuts’ from his basement barbershop at their home in Odenville.