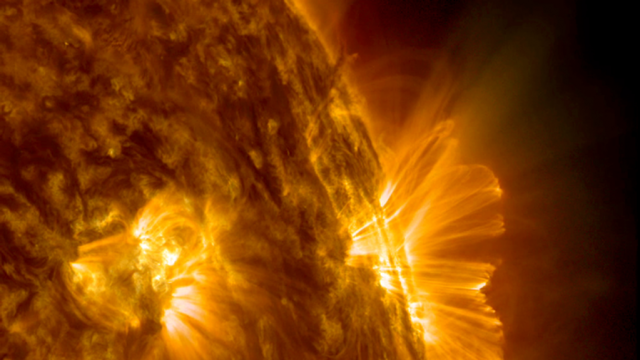 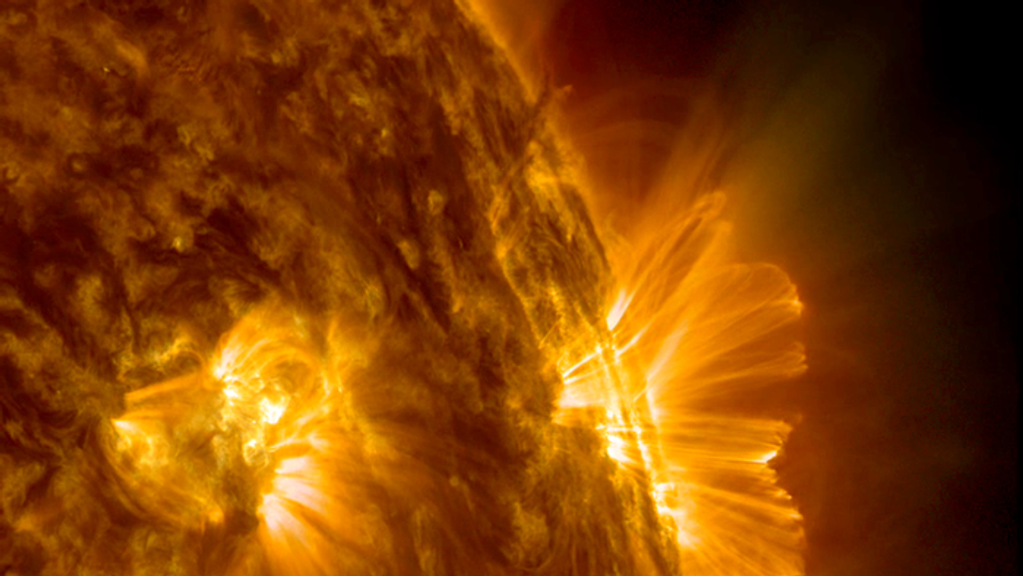 The sun’s core and corona both reach millions of degrees, but in between, its surface is a comparatively cold 11,000 degrees (6,000 C). That mystery led researchers to simulate solar conditions in a potentially “dangerous” experiment.

Temperatures at the center of the sun reach an incomprehensible 27 million degrees (15 million Celsius) but drop at the surface, where it emits light.

“It is all the more astonishing that temperatures of several million degrees suddenly prevail again in the solar corona above,” said researcher Frank Stefani of the Helmholtz Center Dresden-Rossendorf (HZDR), a national lab in Germany.

Stefani and his team at the HZDR Institute for Fluid Dynamics conducted experiments to understand corona heating. For Stefani, the question is: “Why is the pot warmer than the stove?”

While scientists had generally accepted that magnetic waves have an essential role in heating the solar corona, there was disagreement over whether it was due to change in the magnetic field structures in the solar plasma or to the dampening of different types of waves.

The Dresden researchers focused on the solar atmosphere immediately below the corona, or magnetic canopy, where plasma waves, known as Alfvén waves, and magnetic fields heat the plasma and the solar corona above.

“Just below the sun’s corona lies the so-called magnetic canopy, a layer in which magnetic fields are aligned largely parallel to the solar surface. Here, sound and Alfvén waves have roughly the same speed and can therefore easily morph into each other,” Stefani said. “We wanted to get to exactly this magic point — where the shock-like transformation of the magnetic energy of the plasma into heat begins.”

To find the answer, Stefani and his team used dangerous molten rubidium, an alkali metal, and pulsed it with high magnetic fields.

Rubidium reacts violently to water and bursts spontaneously into flame when exposed to air. By putting it in a stainless steel container and exposing it to 50 times atmospheric air pressure, the researchers safely melted the rubidium by exposing it to a magnetic field and alternating current.

The laboratory model confirmed experimentally for the first time the theoretical behavior of Alfvén waves. The results were published in the Physical Review Letters of the American Physical Society.

The researchers likened the magnetic fields’ effect on the ionized particles of the plasma to a guitar string. Just as playing that string triggers a wave motion, the frequency and speed of the Alfvén wave increase with the strength of the magnetic field.

The Alfvén waves were measured at more than 1 million times the strength of Earth’s magnetic field and changed to a lower frequency, breaking the sound barrier for the first time. This doubling of the period accorded with Stefani’s predictions.

Alfvén waves were first predicted in 1942, having been detected in liquid-metal experiments and studied in plasma physics labs. Until now, the conditions of the sun’s magnetic canopy that produce corona heating had not been reproduced in a lab.

Both NASA’s Parker Solar Probe and the European Space Agency’s Solar Orbiter are seeking to know more about these effects by entering into closer contact with the sun. 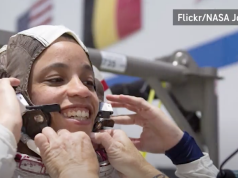 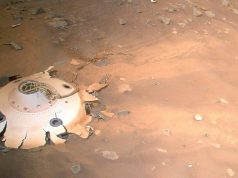 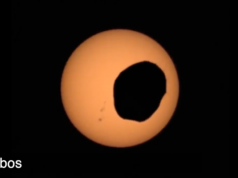