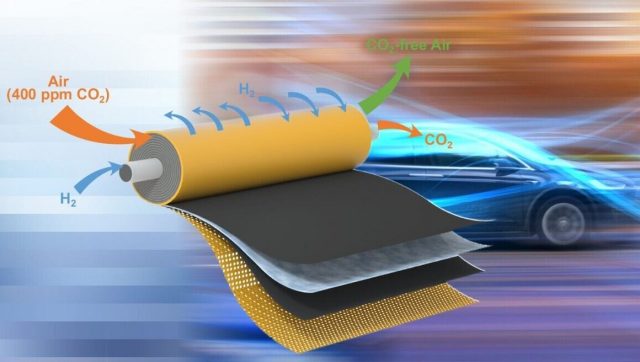 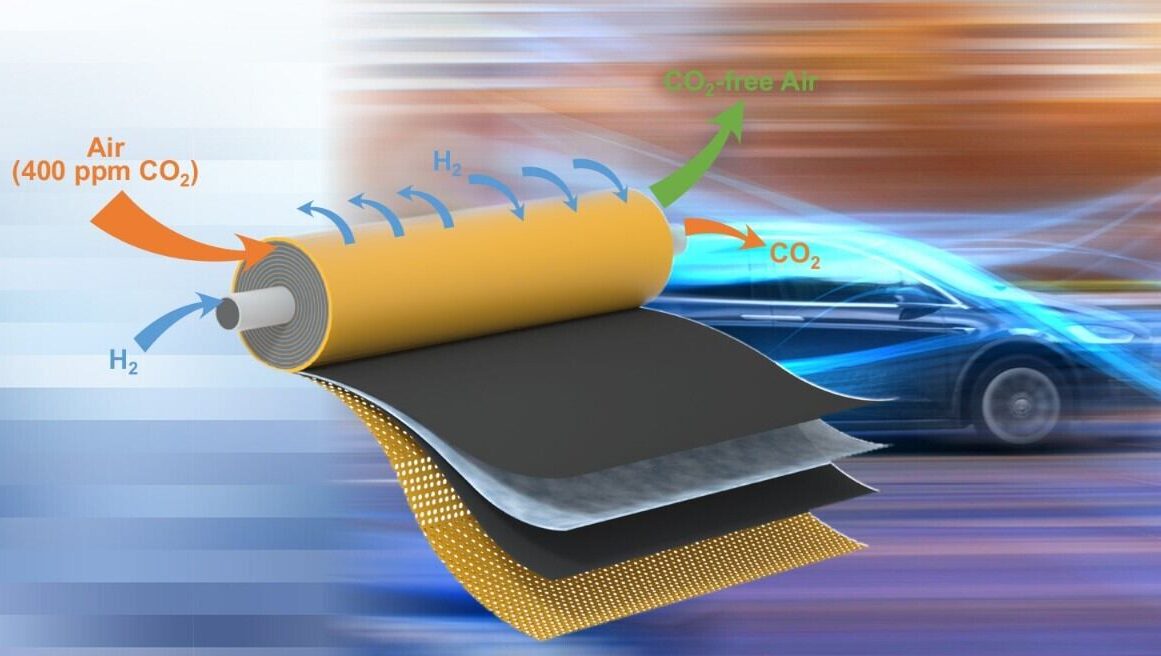 New carbon-scrubbing technology promises to make fuel-cell vehicles efficient and environmentally friendly, and could even be used for air filtration in submarines and spacecraft.

Researchers at the University of Delaware have found a hyperefficient method of removing 99 percent of carbon dioxide from air using a new hydrogen-powered electrochemical system. The authors of the study, published in the journal Nature Energy, believe that the novel technology may bring environmentally friendly fuel cells to market.

By converting chemical energy from fuel directly into electrical energy, fuel cells power passenger and commercial fleet vehicles globally. Typically, they convert oxygen and compressed hydrogen from converted natural gas into electricity to power electric motors and batteries. Because they emit only heat and water vapor, they are used in warehouse forklifts, for example, which work indoors, where the carbon-monoxide gas spewed by internal combustion engines is prohibited. Fuel cells are also used in satellites and spacecraft.

One of the authors, Yushan Yan, has worked on improvements to hydroxide exchange membrane (HEM) fuel cells, which the team believes can become environmentally friendly and provide an economical alternative to the acid-based fuel cells now in use.

Yushan and his team have tried to improve HEM performance for more than 15 years. However, because HEM fuel cells are extremely sensitive to carbon dioxide in the air, their efficiency and performance drop by as much as 20 percent over time, making them little better than an internal combustion engine. In working to mitigate this disadvantage, the researchers created a carbon-scrubbing technology.

“Once we dug into the mechanism, we realized the fuel cells were capturing just about every bit of carbon dioxide that came into them, and they were really good at separating it to the other side,” said study co-author Brian Setzler. The researchers turned this into a self-purging process in a separate device upstream from the fuel cell stack to remove the CO2.

The electrochemical system developed by the group uses a novel spiral wound module inside a metal cylindrical housing. When hydrogen is supplied to it, the carbon-dioxide removal process receives the required power. Computer software monitors the carbon-dioxide concentration in the air that has passed through the module. Two separate inlets supply hydrogen and air to the module, which then emits carbon dioxide and carbon dioxide-free air through two catalyst-coated shorted membranes.

An electrochemical cell measuring 2 inches by 2 inches continuously removes about 99 percent of the carbon dioxide found in the air, flowing at a rate of approximately two liters per minute. An earlier and somewhat larger prototype could filter 10 liters of air per minute while removing about 98 percent of the carbon dioxide, according to the study.  The new model eliminated a number of bulky components in current fuel cell stacks, boosting efficiency and performance.

Setzler said the device was initially developed for automobiles but could be used as an onboard carbon-scrubber for spacecraft and submarines, which require constant air filtration. “We have some ideas for a long-term roadmap that can really help us get there,” Setzler said.

Another application could be in aircraft and buildings where a premium is placed on energy savings from air recirculation. “It turns out our approach is very effective. We can capture 99 percent of the carbon dioxide out of the air in one pass if we have the right design and right configuration,” said Yan.

While fuel-cell vehicles are touted as a green alternative, critics say hydrogen is expensive and comes largely from natural gas, which requires fossil fuels for its extraction. Also, the infrastructure required for distributing hydrogen has not been built.