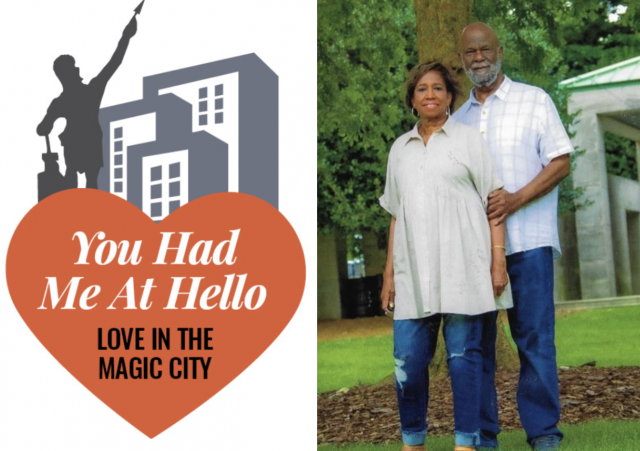 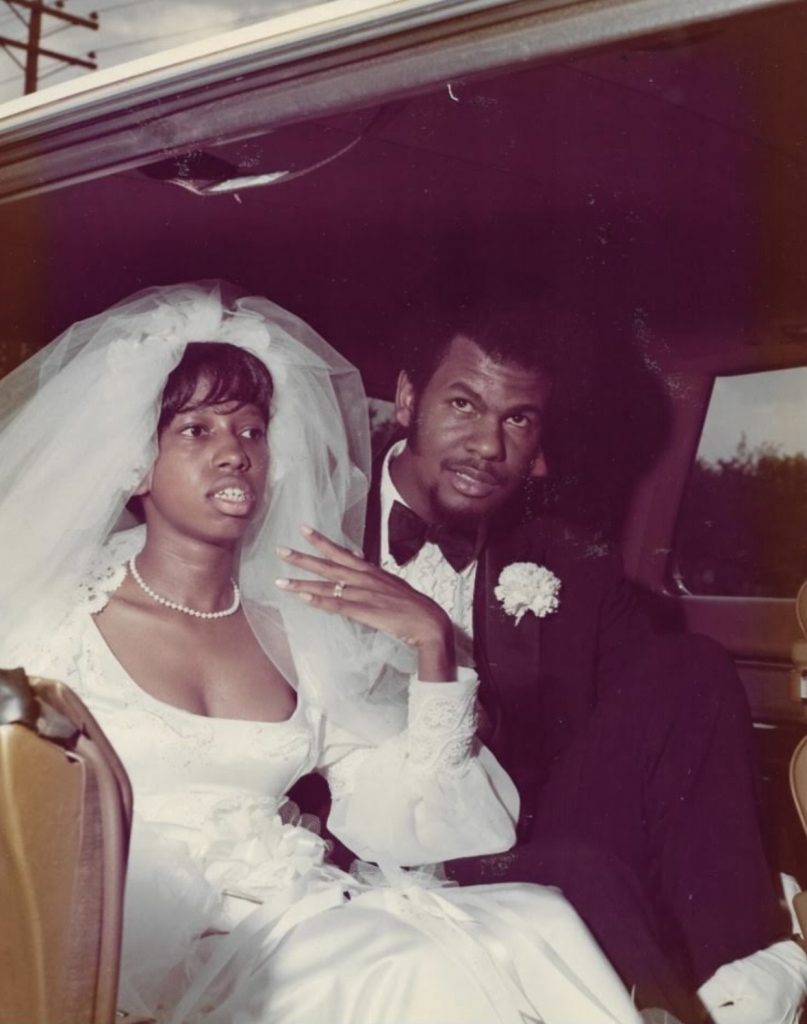 Met: Fall 1970, at work inside the AT&T Building in downtown Birmingham. Stella was 18 and worked as a cord board long-distance operator, and Andrew was 23, and a communications technician.

“I saw Stella in the cafeteria. We’d all go down and have lunch and all the guys would sit together and all the ladies would sit together and one day she came into the cafeteria and I finally got up enough nerve to say something when she walked by. That was the initial spark, I said ‘hello, how are you?’ and asked her for her number,” Andrew recalled.

“I remember it differently, I remember a friend of his stopping me.  Andrew was kind of shy and [his friend] spoke up for him… He said that Andrew wanted my number and Andrew was kinda cute so I gave it to him,” Stella said.

“I called within the next two or three days, and the call went well. It was some general [conversation] so there weren’t a lot of words, like she said, I was kinda shy, but I figured I needed to get my foot in the door and set up a day for a date,” Andrew said.

“I hadn’t been on too many dates at that time because I was kinda young so I was looking forward to it. I didn’t get to go too many places, my dad was a preacher…,” said Stella.

First date: Fall 1970, a few weeks after their first phone conversation. The couple went bowling and sightseeing around the city. “. . . We went on the Southside of Birmingham and he was dressed casual and I had on church clothes,” Stella laughed. “I was in the church, I didn’t know how to dress for a date, but we made it work, I could bowl in a dress.”

“We just drove around, I was not a club guy or a dinner guy, so it was just about us being together,” Andrew said.

“I just remember his car, it was a 1965 Chevy Impala, and we were just driving around the city and talking. We were talking and seeing each other at work every day and so we just [kept the conversation going],” Stella said.

The turn: “It went very quickly . . .  we married within six months of meeting. One day we were driving and having a discussion about something, I can’t remember what, but he said, ‘when we get married blah blah blah,’ that’s the first I heard that he was serious enough to be thinking about marriage,” Stella said.

“As far as I knew we were only dating each other exclusively, so I thought she might be the one,” Andrew said. “In my mind, I was already ready for marriage. I was thinking this was what I wanted, I was ready for it, so all I needed was the right candidate.”

There was never a life-changing discussion, “he’s a man of few words, even to this day,” Stella said.

The proposal: Spring 1971, at Stella’s parent’s house in Mason City. “I didn’t ask her father for her hand in marriage, I told him,” Andrew recalled. “It was like ‘by the way, pop, I’m gonna marry Stella’, I hadn’t read the book on proposals so I didn’t know I was supposed to ask,” he laughed. “I was just ready to get married, I already had my suit ready.”

“He never did ask, he would always assume [I’d marry him],” Stella said. “We would talk on the phone for long hours, I would be in my family room closet and my mother would come and pull the long cord around midnight and tell me I need to go bed… and all he used to talk about was when we get married. ‘When we get married, we’ll do this, when we get married, that’, so I always knew where it was going.”

The wedding: At Stella’s father’s church, Union Bethel Independent Methodist Church, on Birmingham’s Southside, officiated by her father’s friend [whose name they couldn’t recall]. Their colors were sunflower yellow, and white, and the bridesmaids wore “cute little straw hats,” Stella said. “Me, my mother, my sister, and my cousin made all the dresses. My mother made my wedding dress and we made the bridesmaid dresses.”

Most memorable for the bride was “my dad stopping at the gas station on the way to the church. He had to stop and get gas, and there I was in the gas station standing in the line with a wedding dress on, it was pouring down rain, and he was standing outside getting gas,” Stella remembered, “I was so perturbed with him. And we also had a groomsman not show up.”

Most memorable for the groom was the no-show groomsman. “I had screwed up picking this guy [to be my groomsmen] and with him not showing up one of the bridesmaids had to walk alone,” Andrew said. “He said he had to work, but that was no excuse not to show up.”

The couple had two wedding receptions. “One that was immediately after, and it was at the Birmingham YMCA,” Stella said. “That was the more formal one, and then we had a night reception at a hotel [no longer standing], and that was the real party. My two brothers had a band, ‘The Dynamic Soul Machine’ and they were very good, they were popular (they opened for The Commodores and Isaac Hayes before),” Stella said.

“They brought the funk,” Andrew said.

The couple honeymooned in Chicago, IL. “…it was a big city and there was a lot to do in the entertainment district,” Andrew said. “We went to the Gold Coast, it ran along Lake Michigan, and it was full of shops and entertainment. That was something we weren’t quite used to in Alabama,” Stella said.

(The Whites recently celebrated their 50th wedding anniversary in Birmingham at a restaurant named “Blueprint on 3rd.) 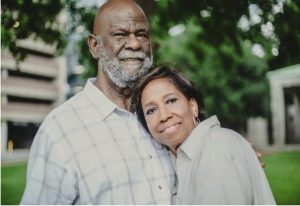 Words of wisdom: “When you come to up on a roadblock, you just have to dust yourself off and start over again, you have to regroup. Early in our marriage we were in a tornado, I was at home and he was at work. I had just had Tiffany, she was two months old, and we were thrown out into the yard by the tornado, so we had to start over. Every time you have some big difficulty in your marriage, you just have to regroup and start over again, you can’t let it stop you,” Stella said.

“You gotta be very flexible because you are the one that picked that person to be with and be with you. So you’re gonna have to be flexible on things you disagree on, you have to give a little. You can’t walk away every time you hit a bump in the road because you’re going to see a lot of them,” Andrew said.

Happily ever after: The Whites have three adult daughters, Andrea, Tiffany, and Toosdhi, a son, Justin, and four grandchildren.

Stella, 70, is a Birmingham Southside native, Ullman High School grad who attended the University of Alabama at Birmingham [UAB] where she earned a bachelor’s degree in elementary education, and a master’s degree in public administration.  Stella is retired and worked 25 years for Bell South, and 20 years teaching at Trace Crossings Elementary in Hoover.

Andrew, 73, is a Titusville native, and Wenonah High School grad. He attended Wenonah Trade School where he studied radio and tv repair, and Lawson State Community College where he earned an associate’s degree in business management. He retired as a communications technician with AT&T Long Lines after 38 years.