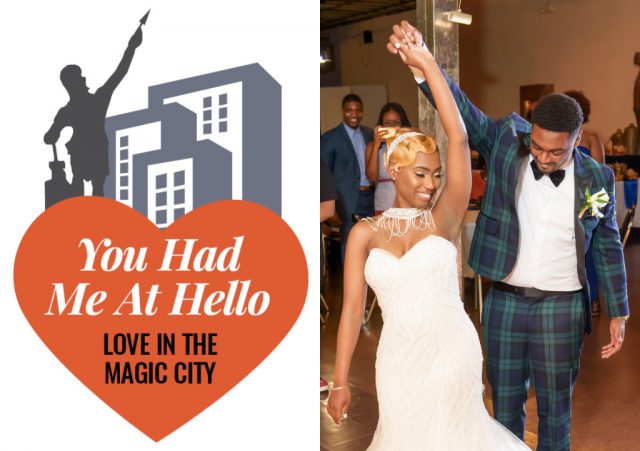 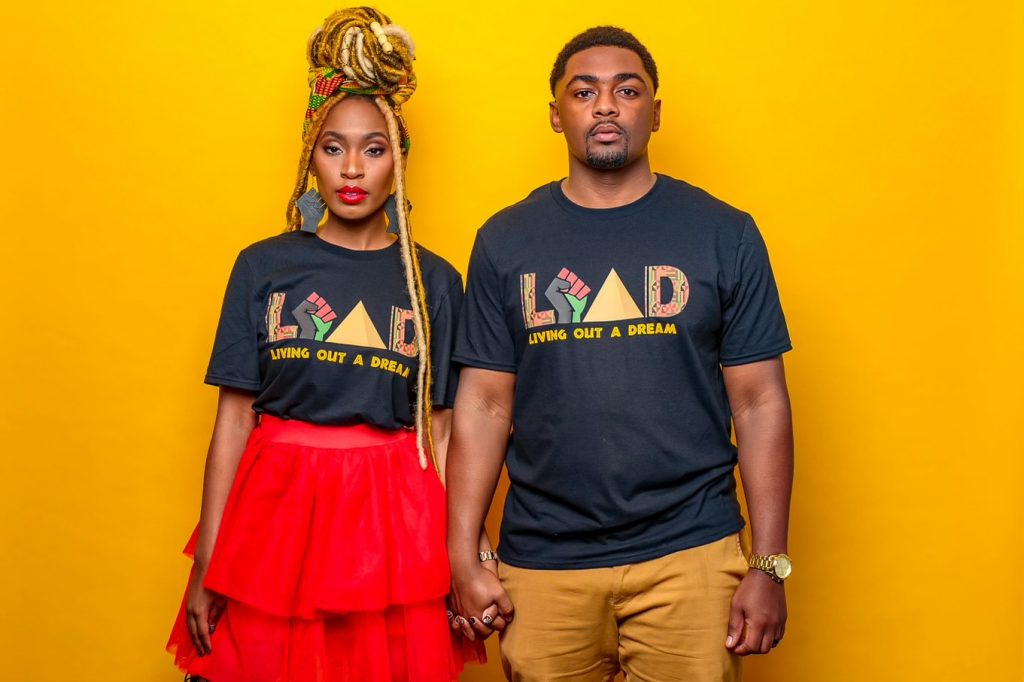 Met: At Sam’s Club on Lakeshore in 2013. Justin worked in the deli and Cortne’ and her sister stopped by for a pizza.

“I was home for the weekend [from college, at the University of Alabama] for my birthday because my family was going to give me a birthday dinner, but my mom ended up having a bad car accident so we had been at UAB all day and me and my sister went to Sam’s Club for a pizza. We walked in when they were getting ready to close, and [Justin] was looking, but I wasn’t paying him no mind because but I was like ‘I ain’t finna talk to no deli guy,’” Cortne’ laughed, “and he sent somebody to get my number, and that was strike two because first of all, you work in the deli, and second, you sent somebody else over to get my number… But he ended up making our pizza and his manager was mad at him because [they had already shut everything down] so I gave him my number for the trouble,” she said.

“When she walked into Sam’s Club it was like she was gliding towards me and I could feel her spirit, and something inside me that said, ‘you need to try to get her number.’. Honestly, I knew she was going to be my wife from the first time I talked to her,” Justin said.

They met again a couple of days later.

“We were laughing and joking and then I [mentioned] I had a girlfriend. Mentally, I was already broken up [with the girlfriend], and I knew Cortne’ was going to be my wife…,” Justin said.

“… and then I walked away and didn’t talk to him for three years,” Cortne’ said.

They met up again three years later at a fashion show in Bessemer.

“[Justin] DM’d me on Facebook and invited me to his fashion show but I was back in forth to Atlanta [pursuing] modeling, so I [missed] that one, but made the next one.” After that Cortne’ and Justin were inseparable.

First date: A couple of weeks after the fashion show at Chili’s on Lakeshore Parkway.

“When we first got there it was drizzling so she had her umbrella, and when she was bringing it down she ran into the door with her umbrella and it poked her in the stomach, and that broke the ice because we laughed. She was cool, we had a connection, we had a lot in common, we just clicked,” Justin said.

“I wasn’t nervous, but when I knew I could be comfortable around him was [after] the umbrella incident, we still laugh about that today. I was like ‘ok, cool, I don’t feel any jitters, I felt comfortable, safe, it was a security thing,’” Cortne’ said.

The turn: September 2016. “When I told him that God had called me to be abstinent. That was the real thing because it was like either you gonna be with it or we’re gonna go ahead and call it quits right here,” Cortne’ said.

“I had to make the decision that either I was gonna ride with her or I was gonna let it go, and I couldn’t let her go. Part of me felt like it was a new challenge that I was up for,” Justin said. “I hoped for the best. It was hard, there were some trying times, but we made it through that two and a half years.”

“I set it up like we were having a photoshoot, so we got her dressed up and I got dressed up. We got to the gardens and we were walking around in the different sections and we were taking pictures. And I had it set up where all of our family met up and was waiting for us in one particular section and when we walked up and the family came out. I had a singer singing Beyonce’s ‘1+1’, and a saxophonist [playing behind her] … and I got down on one knee and I let her know how I wanted to marry her and I felt like we were meant to be together and asked her if she would be my wife,” Justin said.

“Well, he can’t hold water and I was already kinda suspicious, but what gave it away is he asked me if I was getting my nails done, so that kinda let me know. And, I had talked to my mama earlier that week and she said she was ordering t-shirts, and I’m like what you ordering t-shirts for?… but I was still shocked because I didn’t know he was going to do it that way. and I was very satisfied with the ring!” Cortne’ said.

Most memorable for the bride: “My favorite memory was when I was walking in, and nobody had stood up yet, so Jett took it upon himself to do his hands [like a church usher] to tell everybody to stand up,” Cortne’ laughed. “He didn’t even give the pastor a chance to tell the [congregation] to rise, he took it upon himself.”

Most memorable for the groom: Cortne’ walking down the aisle, it was her father giving her hand over to me because I knew then that my life was about to change forever. Seeing her walk down the aisle to me was life-changing and breathtaking,” Justin said.

“He was up there crying,” Cortne’ added.

The couple had a Grecian honeymoon planned for early 2020 “but COVID hit, so we had a little getaway in Pigeon Forge, Tennessee, and we never did get to go on our honeymoon, but we bought our first house instead. We’ll honeymoon at year five,” Cortne’ said.

Words of wisdom: “Never stop talking, make sure you communicate about everything, even when the conversations are hard, or you feel embarrassed. Sometimes those are the most important conversations to have. Pray together and pray for each other,” Cortne said. Never stop dating, from big to small [outings or activities], we’re going to go on a date or do something. We make sure that we are still making each other happy, and that he’s happy with what I’m giving as a wife, and that I’m happy with what he’s giving as a husband.”

Happily ever after: Cortne’, 29, is a Bessemer native, by way of Center Point, and Ramsay High School grad. She attended the University of Alabama [UA], where she earned a bachelor of science degree in health science, and works as a full-time entrepreneur specializing in e-commerce and branding.

Justin, 29, is a Bessemer native, and Bessemer City High School grad. He attended Brown Mackie College in Homewood, where he earned an associate’s degree in business management, and is a Birmingham firefighter.

Also, Cortne’ and Jett have a podcast called ‘The LOAD Up Podcast [Living Out A Dream] where they talk about living out your dreams and God-given purpose. They also appeared on OWN’s ‘Family or Fiancé’ in February 2020 where they were transparent about their struggles to make it down the aisle.

“The experience was great, we were able to experience it with three members from both sides of our family, and we lived under one roof for 5 days in a mansion in Beverly Hills. It was definitely an experience, but I definitely wouldn’t do [reality TV] again” Cortne’ said.