While attending Auburn University in Montgomery (AUM), Delicia Mason did her clinicals at Children’s of Alabama and knew that the facility was only place she wanted to work.

“I didn’t want to be at any hospital other than Children’s. That’s just where my passion is—with pediatrics,” she said.

Not only did she get a chance to work at the hospital, but in July she was named a vice president and the Chief Nursing Officer (CNO) at Children’s of Alabama.

“I’m so very excited to be able to lead such a fantastic group of nurses here at Children’s of Alabama (COA), and I’m so excited about where we’re going,” said Mason.

Being CNO “pulls in all responsibility for nurses here at Children’s of Alabama,” she added. “We’re rebuilding our employee pool, our nursing pool, and even outside of nursing as an organization. … [We’re] in this period of intentional focus on staff, not just with self-care for our leaders but what do we do as an organization to really support them.”

Her career at Children’s for the past 24 years was the perfect fit because of her work in pediatrics and caring for children.

“It’s just different. It’s fun. It’s the innocence of what [children] bring every day, how they can reenergize you, how they can build you up even when they may not be feeling the best. That is very unique to pediatrics. … [Children’s] is always centered on kids, and it’s just a fun place to work.”

It’s not uncommon to see superheroes walking down the hallway, Mason said, and they sometimes are a source of strength for the kids.

“There are occasions when we have superhero characters dressed and available in areas to visit with patients and their families. … Those are the things we miss over time as we grow into adults. … You lose that kind of innocence and that general sense of what it feels like to be a child.”

Mason was born and raised in Montgomery, Alabama, alongside one older sibling and two younger siblings. She attended George Washington Carver High School, where she was part of the marching band.

“I played the clarinet,” said Mason, adding that she chose the instrument because “the keys fascinated me and seemed challenging to maneuver. I thought it would be fun to give it a try. In addition, one of my aunts played the clarinet, and I would sit and listen to her rehearse when spending time at my grandparents’ house during the summer months.”

After graduating from high school in 1991, Mason attended Alabama Agriculture and Mechanical University (AAMU) in Huntsville, Alabama, for one year.

“I had a lot of fun during my freshman year at [AAMU]. My parents thought I was having a little too much fun,” she said.

While at AAMU, Mason played in the clarinet section for the Marching Maroon and White Band. She acknowledges that her focus was not where it needed to be, so she returned home and transferred to AUM, where she earned a bachelor’s degree in nursing. She practiced at Montgomery Regional Hospital (now LewisGale Hospital Montgomery) and Baptist Medical Center South before moving to Birmingham.

Asked what inspired her to become a nurse, Mason replied, “My dad, [Jessie Posey], because my original plan included becoming a pediatrician. After my first year at [AAMU], he really talked about nursing and said he thought it would be great for me, so I gave it a shot.

When it comes to her career path, Mason credits her dad, who retired from Alagasco (now Spire), “who was there to support me throughout the time,” she said.

“He reinforced the importance of hard work and the importance of being an independent adult. [My siblings and I] would consistently hear this message growing up,” Mason added. “He helped me believe I could achieve anything and that anything is possible. His support is never-ending. And although there were times I thought he was a little tough on us, I appreciate every life lesson he took the time to share with my siblings and me.”

Move to The Magic City

Mason moved to Birmingham in 1998 when her husband’s job relocated. “I stayed [in Montgomery for most] of my life until I moved and [joined] Children’s of Alabama. … During that time, [COA] had a hiring freeze, so it took me about three months to get an interview for a job,” she said, adding that she started at Children’s in 1998, when she accepted a job in the pediatric intensive care unit (PICU), where she worked for about 16 years.

“I started out as a bedside nurse, moved into subbing in and handling some charge nurse responsibilities, and then transitioned into being a nursing unit educator responsible for onboarding new nurses and overseeing the orientation period to ensure quality learning about the PICU.”

Mason held that position for several years before earning a master’s degree in Nursing Health Systems Administration from the University of Alabama at Birmingham (UAB) in 2014.

“Then I moved on to focus more on nursing quality work, [looking] at how we can provide optimal patient outcomes,” she said. “[I did that] for about a year, then I decided to take the leap into administration”

Asked what prompted her decision to transition into administration after working with children for so long, Mason said, “It wasn’t really until I completed my master’s studies, which really made me start thinking seriously about administration. It just opened my world.”

“[The UAB Master’s in Nursing Health Systems Administration] program really enlightened me to the different side of nursing in reference to the decision making, the strategy piece of it, and how to transfer that over to complement and help build and support frontline teams.”

After completing that program, Mason was able to accomplish her goals with the help of mentors. “I think it’s very important to have a mentor, especially when you’re heading into uncharted territories you are not familiar with.”

In the upcoming months, Mason said the staff plans to focus more on community outreach.

“We provide education about asthma and a plethora of other things,” she said. “We also understand that meeting people where they are sometimes means being visible and present in those different communities, [which] increases access to health care. Even though some patients may not be able to physically get to Children’s of Alabama, we’re changing that perspective and going to where they are.”

Nursing shortages have always been a concern in the medical community, and even more so during the COVID-19 pandemic. That has not gotten in the way of care at Children’s, though, Mason said.

“We experienced consistent state of shortages for nurses even before [the pandemic], but COVID-19 magnified the need for nurses, and [Children’s of Alabama] has not been exempt from that. We are in a transforming era of nursing. Mindfulness of the profession is changing, but the passion for why we do what we do as nurses has not deviated. We have professionals who work tirelessly to serve the needs of our patients.” 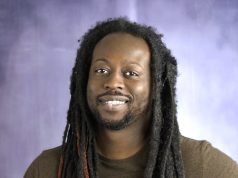 Kevin Peterson Found Success on YouTube, Before Many Knew What It Was