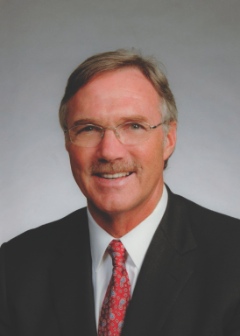 BIRMINGHAM, Ala. – Coca-Cola Bottling Company United has announced the election of John Sherman to Senior Vice President and Chief Commercial Officer effective October 1, 2013. In that role, Mr. Sherman will lead the reorganization of Coca-Cola Bottling Company United’s legacy operating units, Commercial Leadership, Operational Marketing and Customer and Revenue Management. He will also lead the transition and integration of the recently announced acquisition of new franchise operations in Alabama and Georgia.
“John Sherman’s field experience with Coca-Cola United, his deep understanding of our operating model and his passion for our business serve as a solid foundation for leading our commercial operations during a truly transformational and exciting time for our Company and the Coca-Cola System in North America,” said Claude Nielsen, Chairman and CEO, Coca-Cola Bottling Company United.  “As we expand through franchise acquisitions as part of the next step in creating a stronger U.S. Coca-Cola business model, I have every confidence that John Sherman will lead with distinction.”
Sherman, a native of Augusta, Georgia, began his career in the Coca-Cola system as a part-time clerk in the Route Accounting Department of The Atlanta Coca-Cola Bottling Company. After graduating from Georgia Tech, he joined Coca-Cola Enterprises (CCE), rising to the position of Region Manager with responsibility for CCE’s Alabama and South Georgia franchises.  In 1990, Sherman joined Coca-Cola Bottling Company United, serving as Director of Marketing /East Region and most recently as President of Coca-Cola United/East Region.