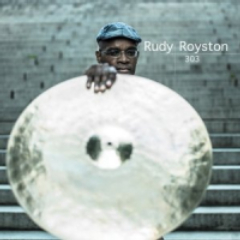 First impressions are always the hardest. But things progress flawlessly when an exceptional introduction is made. Such is the case with 303, the exciting new release from drummer and composer Rudy Royston.  Presenting 10 original compositions along with two interpretations, 303 proves to be an act of musical brilliancy.
Royston is an amazing young drummer and a remarkable talent. He is showcased at the helm of 303 (named after Denver’s area code) as it is his debut album as a leader.  Having already taken the New York jazz scene by surprise, now he has progressed further by composing and releasing this magnificent, stellar project.
“Mimi Sunrise” is first up in this collection. It opens with roughly two minutes of an avant-garde reverberation that progresses into a mid-tempo mellow groove. “Miles to Go” (Sunset Road) is pure funk with the bass laying down a rhythm that Royston and friends dance around. Royston’s play on Mozart’s Ave Verum Corpus is absolutely breathtaking. An intimate side of Royston is shown on “Goodnight Kinyah.” It is a beautiful cradle song he wrote for his daughter.  The set would not be complete without Royston showing his mad skills.  He is scorching on “Bownze.”  Royston is a man of many talents. Fans would love to hear much more of him on future projects.
Rudy Royston was born in Texas and reared in Colorado.  The youngest of five siblings, he began playing drums in church.  He has performed with a plethora of talent that includes J. D. Allen, Bill Frisell, Jennifer Holiday, Ron Miles and others. 303 is released through Greenleaf Music.
Album listing:  Mimi Sunrise; Play on Words; Prayer (for the People); Goodnight Kinyah; Gangs of New York; High and Dry; Miles to Go (Sunset Road); 303; Ave Verum Corpus; Bownze; Prayer (for the Earth). 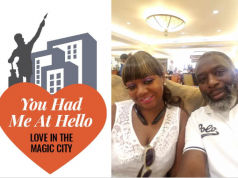