THE BOLD AND THE BEAUTIFUL
Even after Wyatt explains why he feels the need to serve Quinn with a restraining order, Deacon does his best to talk him out of it. Knowing what Quinn is capable of, but unsure of her intention, Liam frantically searches for Hope anticipating that he will find her first. Unaware of what is in store for her, Quinn has a difficult time telling Wyatt about her most recent interaction with Hope. When Deacon pays a visit to Bill to tell him about Wyatt’s restraining order against Quinn, he learns whose idea it was to take legal action. Hope makes an emotional apology to Liam about the many unfortunate incidences in their relationship throughout the years which she could have prevented. Quinn becomes emotional when Wyatt gives her the restraining order and tells her that he is doing this to protect his wife and baby. When Hope tells him about her recent altercation with Quinn, Wyatt feels confident that serving his mother with a restraining order was the right thing to do. Deacon and Quinn’s relationship becomes strained when he learns about her not adhering to his request of leaving Hope alone. Ivy gushes to Katie about the happiness that she has found in her relationship with Liam. Wyatt and Liam set aside their differences for Hope’s sake. Despite her loving feelings for Liam, Ivy contemplates whether or not she sees a future for herself in Los Angeles. Fearing that her only friend may move back to Australia, Aly gives Ivy advice. Liam runs into Quinn and gloats about her being the reason why Hope and Wyatt’s marriage may not last. Hope makes a brutally honest confession to Wyatt about her feelings towards him, their marriage, and Quinn. Knowing that his marriage is hanging by a thread, Wyatt blames Quinn for her intrusions and himself for not setting boundaries with her.
THIS WEEK: Aly makes an emotional confession to Ivy about the difficulties that she faced as a child. Bill displays an unusually vulnerable side of himself when he voices his past regrets to Katie. Hope and Liam’s relived memories about their years of being star-crossed lovers lead to a revealing admission.

DAYS OF OUR LIVES
Brady comes to Melanie’s rescue, and her secret is revealed! Eric gets a surprise visit from his past. Sonny hits a roadblock in trying to open a second location for his club. Abigail gives Chad a stern warning about Jordan. Sonny accuses Chad of stabbing him in the back! Eric catches up with Serena, who makes it clear why she came to Salem. Theresa has an unpleasant realization about her potential new friend. Melanie makes amends for the trouble she caused. Theresa and Melanie get into a major catfight. Sonny receives a tempting offer. Eric and Serena revisit their romantic history. Rafe confronts Clyde about his lies. Will returns home to Sonny – but harbors a secret which he keeps from his husband. Rafe asks for Victor’s help regarding Clyde. Chad and Jordan make love for the first time. Abigail and Ben share a romantic evening while getting into the holiday spirit. Hope receives a disturbing phone call from Bree. Kate warns Chad that Rafe is gunning for him. Clyde makes a sneaky move when he offers to help out Abigail. JJ has a breakthrough during a therapy session.
THIS WEEK: Hope is unnerved by a warning she gets. Abigail is swept away by her emotions.

GENERAL HOSPITAL
Sonny crosses path with an old enemy who he learns is now the powerhouse in prison. Patrick reveals a truth to Carly. Sam is in jeopardy, and in the interim someone gets shot. Britt shares some news with Spencer and gives him a special gift. Obrecht makes a difficult choice. Nikolas questions Elizabeth about her involvement with Jake. Lulu supports Maxie as she prepares for her custody hearing. Both Anna and Jordan find themselves in trouble at work. Maxie makes a risky choice that could hinder the judge’s decision in regards to Georgie. Patrick tries to make amends with Sam, while Sam is determined to uncover who was responsible for putting her in danger. Jake feels a little sick after he returns from his job search. Elizabeth and Alexis both have a revelation about Ric. Olivia helps Ned get over his argument with Alexis. Molly and TJ bond when they realize they cannot forgive their mothers just yet. Carly is taken aback when she discovers Sonny’s condition in prison. She tells Sonny some information and assures him she will try to track down Ava’s baby. Franco and Nina receive a surprise visitor, while Morgan, Kiki, Silas and Dante continue to search for more leads about Franco’s whereabouts. Luke and Michael have a discussion. Sonny chats with Carly about the future of their relationship. As Sam continues to investigate her recent incident, she has a suspicious gut feeling about Jake. Franco does all he can to cover his and Nina’s tracks. Rosalie has a very random connection to someone in Port Charles. Franco and Nina’s escape plan is tested. After hearing some shocking Intel, Sonny is determined to protect  his crime organization. Carly bonds with Jake at the Metro Court, and he later comes to her defense. Sam shares her hunch about Jake with Elizabeth.
THIS WEEK: Alexis questions Julian about what he knows about Ric. A woman from Franco’s past appears.

THE YOUNG AND THE RESTLESS
Sage threatens to turn Adam in to the police if he leaves, but will he call that bluff. Joe and Avery reach a truce as Dylan comes in, witnessing their connection. Dylan is conflicted about what he sees. Stitch tells Ashley and Abby that he has made a breakthrough with the love potion fragrance.  The implications for the business if this potion works are enormous. Jack picks out a Christmas tree, but Victor tells him that it’s already taken. They squabble over the trees and Nikki arrives and tells them to stop it. She can’t believe that these two men can’t seem to stop fighting with each other – even over the most trivial matters. Phyllis flips out when she learns Jack was the one who sold her penthouse. She storms off to confront him about it. Meanwhile, Neil tells Jack that he has no choice but to tell Phyllis the truth about him and Kelly. Lily overhears Joe try to get Cane to work with him. Billy and Chelsea find themselves in conflict over Adam. Meanwhile, Adam isn’t going anywhere and then has a nightmare about Delia’s accident.
THIS WEEK: Nikki lays down the law with Victor and Jack. Lily questions Cane’s career direction. 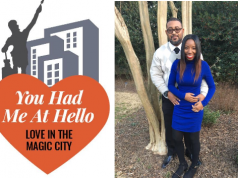