Former Community Health Clinic CFO Agrees to Plead Guilty in Scheme to Defraud Millions from Government
BIRMINGHAM — The former financial officer of two non-profit health clinics in Alabama for the poor and homeless has agreed to plead guilty to multiple federal charges related to a scheme to defraud millions of dollars from the clinics and the federal government health agencies that provide most of their funding.
Prosecutors today filed a plea agreement in U.S. District Court with TERRI McGUIRE MOLLICA, 48, of Birmingham. U.S. Attorney Joyce White Vance, FBI Special Agent in Charge Roger C. Stanton, Internal Revenue Service Criminal Investigation Special Agent in Charge Veronica Hyman-Pillot, and U.S. Department of Health and Human Services, Office of Inspector General, Atlanta Regional Office Special Agent in Charge Derrick L. Jackson, announced the agreement.
As part of the agreement, Mollica agrees voluntarily to forfeit $938,211 that the government seized last year from her investment and credit union accounts. Mollica acknowledges those funds are proceeds of illegal activity.
A federal grand jury indicted Mollica late last year on 74 counts related to the scheme to defraud the government through the two health care clinics, Birmingham Health Care and Central Alabama Comprehensive Health Inc., five counts of filing false tax returns, and three counts related to her scheme to defraud a life insurance company.
In her agreement with prosecutors, Mollica agrees to plead guilty to 19 counts related to the fraud against the government — six counts of wire fraud affecting a financial institution, eight counts of mail fraud affecting a financial institution and five counts of money laundering. She also agrees to plead guilty to four counts of filing false tax returns and to one count of mail fraud and one count of aggravated identity theft related to the insurance fraud. Mollica’s plea hearing is scheduled April 27.
Mollica’s crimes, as outlined in her indictment and plea agreement, are as follows:
Mollica was the chief financial officer of the non-profit Birmingham Health Care from April 2005 through November 2008. She also performed fiscal duties for Central Alabama Comprehensive Health Inc. CACH is a non-profit clinic in Tuskegee intended to provide primary and preventative health care to people in east Alabama, regardless of their ability to pay. BHC’s chief executive officer served for a time as the chief executive officer of the Tuskegee clinic and, in 2008, BHC took over fiscal responsibility of CACH.
Between January 2008 and March 2012, Mollica aided others in diverting about $11 million in federal grant money, assets and property of BHC and CACH to numerous private entities using “Synergy” in the name. Mollica and others retained authority over the affairs of BHC and CACH as they operated the Synergy entities. Mollica then conducted financial transactions to transfer money from the private entities to herself and others, illegally receiving about $1.7 million through the scheme.
BHC began receiving grants from the Health Resources and Human Services Administration, an arm of the U.S. Department of Health and Human Services, more than 20 years ago. Federal grants administered by HRSA and HHS constitute the overwhelming majority of BHC and CACH funding.
Mollica and others misrepresented and concealed information from HRSA to ensure the agency would continue to grant money to the Birmingham and Tuskegee community health clinics.
The maximum penalties for the offenses charged are as follows:
The FBI, IRS and HHS-OIG investigated the case. Assistant U.S. Attorneys Tamarra Matthews Johnson and Melissa Kay Atwood are prosecuting the case. 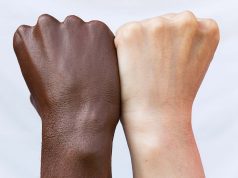 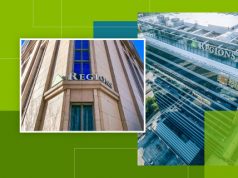