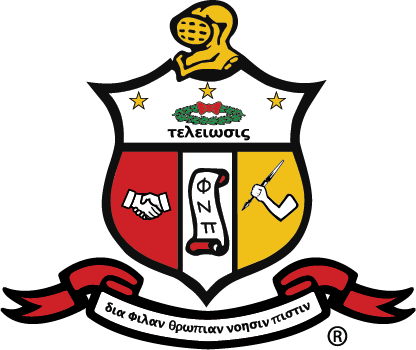 Philadelphia PA. April 7, 2015 – Grand Polemarch (CEO) William “Randy”Bates,  Jr., Esq. of Kappa Alpha Psi Fraternity, Inc. ® has announced that Rev. (Dr.) Gardner Calvin Taylor, one of the most prolific theologians in the nation transitioned April 5, 2015. Dr. Gardner Dr. Gardner was a native of Baton Rouge, Louisiana, born June 18, 1918, studied at Oberlin College, and Cleveland State University where he was initiated into the Alpha Omega Chapter of Kappa Alpha Psi Fraternity, Inc. ® May 5, 1939 and is a Life Member of the fraternity.
Dr. Taylor was known as “the dean of American preaching” and noted for his eloquence and deep understanding of Christian faith and theology. He went on to help found the Progressive National Baptist Convention with Dr. King, providing an important base of support for Dr. King’s civil rights work.
Rev. Taylor preached the pre-inauguration sermon in January 1993 for President Bill Clinton who awarded him the Presidential Medal of Freedom in 2000.  According to Rev. Al Sharpton who knew Dr. Taylor; “His regal bearing held a most fertile mind and silver tongue that earned the adulation of thousands of preachers and millions of people all over the world.”
Dr. Taylor accepted the call to pastor Concord Baptist Church in Brooklyn, New York, and immediately faced challenges such as the fire that burned the church to the ground. Taylor also had the experience of traveling to Copenhagen and later Australia, where he spoke with Australian Aboriginals about their mutual obstacles to equality.
As pastor emeritus of the 14,000-member Concord Baptist Church of Christ, Taylor labored as shepherd and prophet in Brooklyn’s rugged Bedford-Stuyvesant neighborhood for 42 years until his retirement in 1990. Taylor was called upon to fill pulpits, give lectures, and provide keynote addresses at churches and educational institutions throughout the country after he retired. He retired to Raleigh, North Carolina.
The world has lost a magnificent civil rights icon and theologian extraordinaire. It can only be hoped that those who had the opportunity to learn from his teachings, will share all they can with the rest of us.

Kappa Alpha Psi Fraternity, Inc. is an international organization founded on the campus of Indiana University, Bloomington, Indiana on January 5, 1911. Since its inception, it has trained over 150,000 men, particularly undergraduates, for leadership roles in their communities and the attainment of a high degree of excellence in their academic pursuits. The International Headquarters is located in Philadelphia, Pennsylvania.