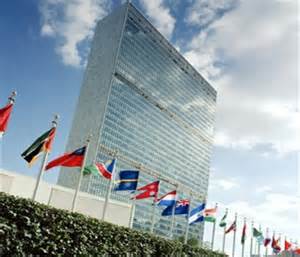 EQUATORIAL GUINEA’S MINISTER OF SOCIAL AFFAIRS AND GENDER EQUALITY DISCUSSES GOVERNMENT’S EFFORTS TO COMBAT VIOLENCE AGAINST WOMEN AND PROMOTE GENDER EQUALITY
MALABO, Equatorial Guinea – April 13, 2015 – Equatorial Guinea has made ending gender-based violence and promoting gender equality a policy priority, according to the country’s Minister of Social Affairs and Gender Equality, Mari Carmen Ecoro.
Minister Ecoro discussed in a recent interview the efforts the government and the Ministry have undertaken to create awareness programs against violence and in favor of gender equality. During the interview, Minister Ecoro said the government has established legal mechanisms and developed awareness programs aimed at reducing—and eventually eliminating–violence against women.
The minister said that the country has made huge strides in gender equality since the overthrow of the Macias dictatorship in 1979. “When we look at women during the years of dictatorship, we saw that the woman did not have her own identity. But since 1979… the first call made by the President was to rebuild and provide our knowledge towards a better Guinea. He made an emphasis on women, for the woman to be trained and educated. When a woman is trained and educated, she can give more than when she is not.”
Today, she said,  women are graduating from high schools and universities—in Equatorial Guinea and abroad on scholarships—in record numbers. “We used to lose girls in primary and secondary education,” Minister Ecoro said, “but today with a change in the law, girls can choose careers that were traditionally man dominant. That is a great advancement. In the business world, we see many women entrepreneurs.”
She said her government’s experience could serve as a model for the rest of Africa.
“The countries of the African continent should take the example that is leading our country in the sense that we must continue to support women, but putting an emphasis on their education and training from an early age,” she said.
About Equatorial Guinea
The Republic of Equatorial Guinea (República de Guinea Ecuatorial) is the only Spanish-speaking country in Africa, and one of the smallest nations on the continent. In the late-1990s, American companies helped discover the country’s oil and natural gas resources, which only within the last five years began contributing to the global energy supply. Equatorial Guinea is now working to serve as a pillar of stability and security in its region of West Central Africa. The country hosted the 2011 Summit of the African Union. For more information, visit http://www.guineaecuatorialpress.com.
###
This has been distributed by Qorvis Communications, LLC on behalf of the Republic of Equatorial Guinea. More information on this relationship is on file at the United States Department of Justice, Washington, D.C.