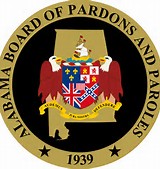 State of Alabama Board of Pardons and Paroles

MONTGOMERY, Ala. – The Alabama Board of Pardons and Paroles is facing a projected
budget cut of 18 percent for FY 2016 on top of what has already amounted to a devastating 25 percent cut
from FY2009 funding levels. The projected cut not only poses a threat to public safety, but will
also prevent the agency from implementing prison reform efforts and negatively impact the
state’s prison overcrowding crisis.
Pardons and Paroles is statutorily charged with supervising Alabama’s adult felony offenders on
probation and parole. On an annual basis the agency supervises over 64,000 probationers and
parolees living in Alabama’s communities, operating 61 field offices throughout the state, a
Central Office in Montgomery, and a residential LIFE Tech transition facility in Thomasville,
Alabama. Offender caseloads for probation and parole officers currently average 198 per
officer, far above the recommended range. Probation and parole officers continue to do the
best they can to effectively supervise large caseloads despite the numbers. The state’s Prison
Reform Task Force has recommended increasing the number of officers by 100 to bring
caseloads into a manageable realm, which will not be possible with a budget cut.
An additional impact of the projected 18 percent budget cut will be the agency’s closure of LIFE Tech
Thomasville, the state’s only reentry facility, providing meaningful education, vocational
training, substance abuse and mental health treatment, and life skills to participating male
offenders with an 11 percent recidivism rate. The facility serves approximately 700 offenders
annually, most all of which would have to be absorbed by the Department of Corrections upon
closure. These offenders will be released directly to communities without receiving needed
services.
The agency would also be forced to forfeit $1,100,000 in federal grant funds awarded to
operate two different evidence-based programs: a Day Reporting Center in Birmingham and a
program to replicate Hawaii’s HOPE probation model, applying swift, certain, and fair sanctions
to probationers, in four pilot locations in the state—Decatur, Montgomery, Greenville, and
Mobile.
Forced layoffs of over 90 Pardons and Paroles staff from an 18 percent budget cut would result in
minimal supervision of offenders in Alabama’s communities, posing a significant threat to
public safety. In turn, increases in revocation rates of supervised offenders will result,
negatively impacting the Department of Corrections, as well as local jails. After suffering the
loss of a critical amount of staff, delays in processing investigations and reports for the courts
and the Board, which the agency is also statutorily responsible for completing, will be
inevitable. Likewise, the Board’s parole and pardon dockets will be forced to substantially
decrease with a loss of staff to prepare and process cases for consideration.
As state policymakers attempt to reform Alabama’s correctional system while also addressing a
critical revenue shortage, cutting funding to Pardons and Paroles is the last thing that should
happen in order to adequately preserve public safety.