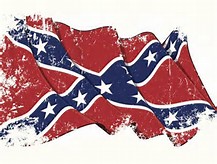 The Congresswoman says the Confederate flag is a part of the South’s past, and that is where it should remain

Washington, D.C. – Congresswoman Terri Sewell issued the following statement after Governor Robert Bentley removed the Confederate flag from the State Capitol in Montgomery, Alabama:
“The Confederate flag is a part of the South’s past, and that is where it should remain. I applaud Governor Bentley for removing the Confederate flag from the grounds of the State Capitol. His actions demonstrate the need for us to close that chapter of our history.
“The Confederate flag represents the fight for slavery and is a symbol of hate, not heritage.  Our state government should not sanction bigotry but promote unity and respect for the rights of all Alabamaians.  It is time to leave behind racist vestiges of our past.
“The removal of the confederate flag by Southern states, while lauded, is not the remedy for the hatred and racism that led to the fatal church shooting of nine African-Americans in Charleston, South Carolina. There is still much work to do in this nation’s quest for racial equality.
“We must be vigilant on every level from how we educate our children, to removing discrepancies in sentencing laws, to eliminating the barriers that restrict access to voting. Lasting legal and political changes like these will lead to substantive behavioral changes.”
###