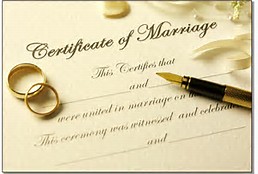 Asheville, N.C. (July 7, 2015) –  Thirteen counties across Alabama have stopped issuing marriage licenses in direct response to federal court rulings recognizing that same-sex couples have a fundamental right to marry. As a result, opposite-sex couples are also being denied the ability to receive a marriage license in their home counties. Today, the Campaign for Southern Equality has published a memo about the impact of these closures titled “Closed for Business: The Harmful Impact of Marriage License Office Closures in Alabama.” The memo can be found at: http://bit.ly/1glVetc

The 13 counties that have stopped issuing licenses are home to an estimated 464 same-sex couples, 20% of which are raising children. A total of 441,437 people live within the impacted counties and a majority of these counties have poverty rates exceeding the state average of 18.6%.

“These closures are causing unnecessary complications and burdens for any couple – gay or straight – who seeks to marry in their home county. Why should a couple have to drive for over an hour to get a marriage license? What if a couple can’t marry because they have an unreliable car, or they can’t get the time off work? We urge all counties in Alabama to immediately begin issuing licenses to same-sex and opposite-sex couples,” says Rev. Jasmine Beach-Ferrara of the Campaign for Southern Equality, which promotes LGBT equality across the South.