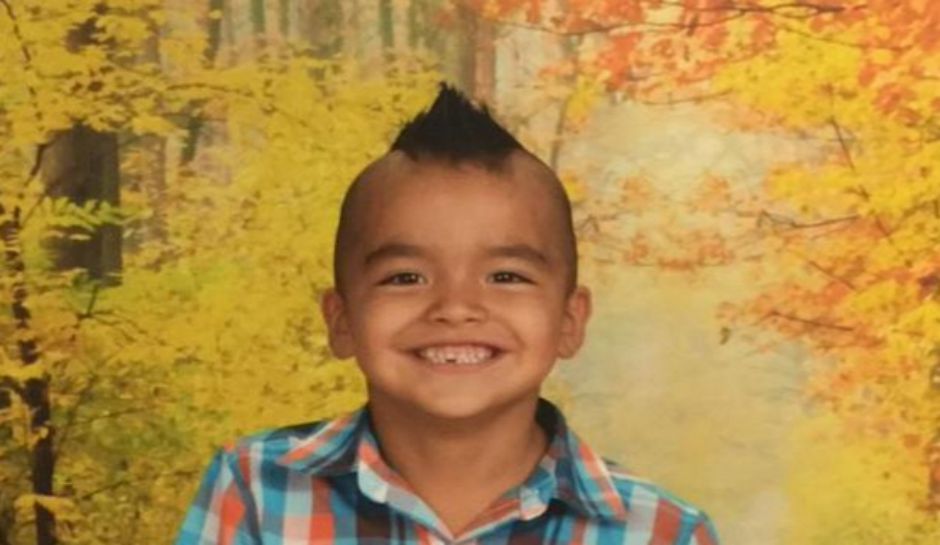 It was a banner week for kicking children out of class. Along with Ahmed Mohamed and his homemade clock, a Native American student in Utah was told to lop off his Mohawk or leave school… until tribal leaders were forced to step in.

Jakobe ‘Kobe’ Sanden entered his second-grade classroom rocking a ‘hawk, not because it looked cool but because of his Native American roots. But the 7-year-old was kicked out of class because the “distracting” hairstyle was a potential violation of Arrowhead Elementary School’s dress code.

His mother, Teyawwna Sanden, was shocked when Susan Harrah, the principal of the Santa Clara school, called her to say she needed  to pick up Kobe and get his hair cut. 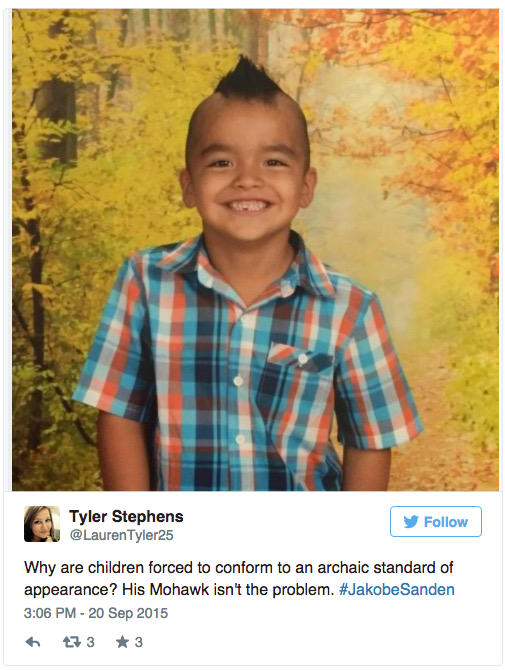 “We had the students that weren’t used to it,” Harrah told KSTU. “They had called that out. So the teacher brought the student to my attention.”

The school’s online handbook stipulates only that “hair color should be within the spectrum of color that hair grows naturally.” The school district’s dress code goes further, stating: “Students have the responsibility to avoid grooming that causes a distraction or disruption, interrupting school decorum and adversely affecting the educational process.” It also notes that “Extremes in body piercings, hair styles and hair colors may be considered a distraction or disruption.”

Mrs. Sanden expressed her frustration with the school’s reaction on Facebook.

“So f’n irritated right now,” she wrote. “I get a call from the boys’ school and she said Kobe’s not allowed to have a Mohawk … that’s it’s school policy. WTH! Really? It’s hair!” 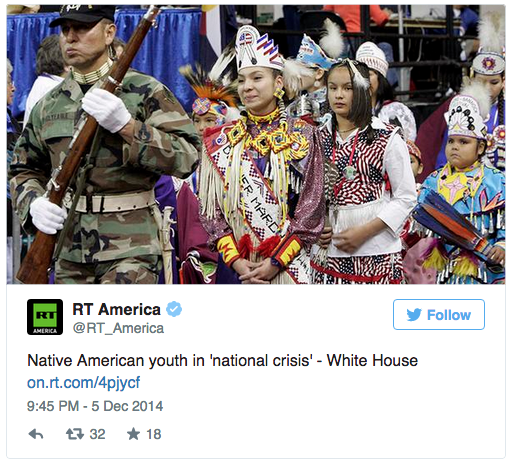 Kobe’s father, Gary Sanden, was traveling on business, but reached out to the Washington County School District’s superintendent of primary education.

“I was sympathetic to what they were saying ‒ that it was not conducive to learning,” he told the Washington Post. “But I couldn’t understand how it could be a distraction to the kids.”

The superintendent told Mr. Sanden to obtain letters from tribal leaders supporting the family’s claim that the hairstyle is part of their heritage.

“That’s like calling up the governor of our state,” he said. “But I called and got the letter. My wife did too.”

Mr. Sanden is a member of the Seneca Nation of Indians, which is based out of New York. Mrs. Sanden belongs to the Kaibab Band of Paiutes Indians.

“It is common for Seneca boys to wear a Mohawk because after years of discrimination and oppression, they are proud to share who they are,” Seneca Nation Tribal Councilor William Canella wrote. “It’s disappointing that your school does not view diversity in a positive manner, and it is our hope that Jakobe does not suffer from any discrimination by the school administration or faculty as a result of his hair cut.”

Canella told Native News Online that it was “ironic” that he had to step in to address such a situation at a school named Arrowhead. The Utah school is near several Indian reservations, including the Shivwits Band of Paiutes, which is less than 10 miles from the school, and the Kaibab Paiutes near the Utah-Arizona border. 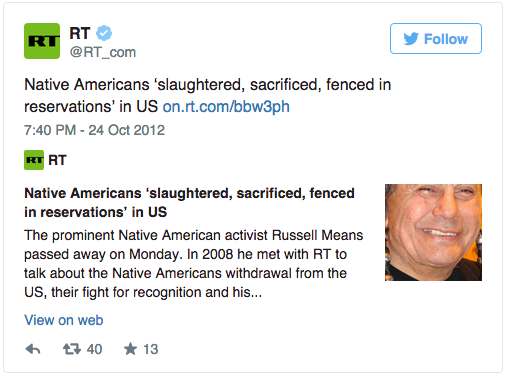 Harrah told the Salt Lake Tribune that she felt the school had handled the hairstyle hubbub with aplomb, though she was surprised by the attention it received because “It took about a half hour of my time.”

“If there’s any kind of a hairstyle that is a distraction, then we have to tell the parents that we’ve got a problem,” she said.“There’s a protocol that we go through, and I felt like it was handled efficiently and that we respected their culture.”

Mr. Sanden disagreed, however, noting that Kobe had to sit by himself in Harrah’s office for part of the day.

“That’s the sad part of the whole situation,” he told the Salt Lake Tribune. “To ostracize him like that ‒ that’s stuff from the ’50s.”

“It could have been handled 10 different ways,” he added. 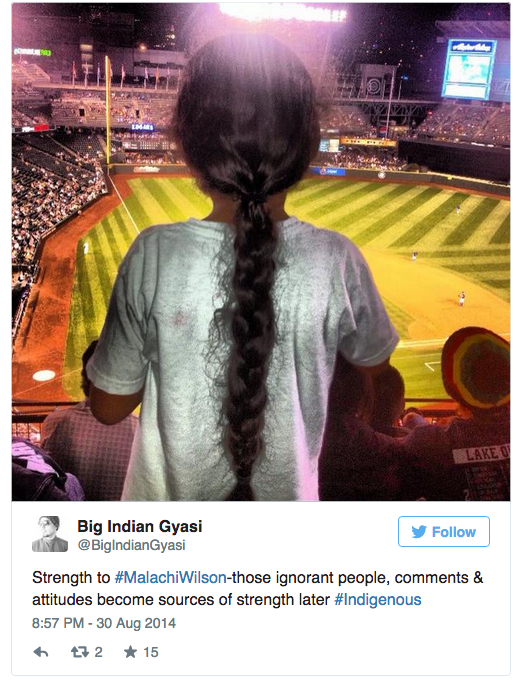 In Louisiana last August, a Rastafarian teenager was suspended for three weeks from South Plaquemines High School for his dreadlocked hairstyle. The unnamed student claimed that not cutting his hair was a religious mandate, and his mother presented a letter from the 1st Church of Rastafar I explaining the religious significance of not cutting one’s dreadlocks. He eventually received an exemption from the school. 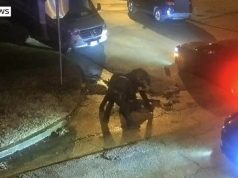