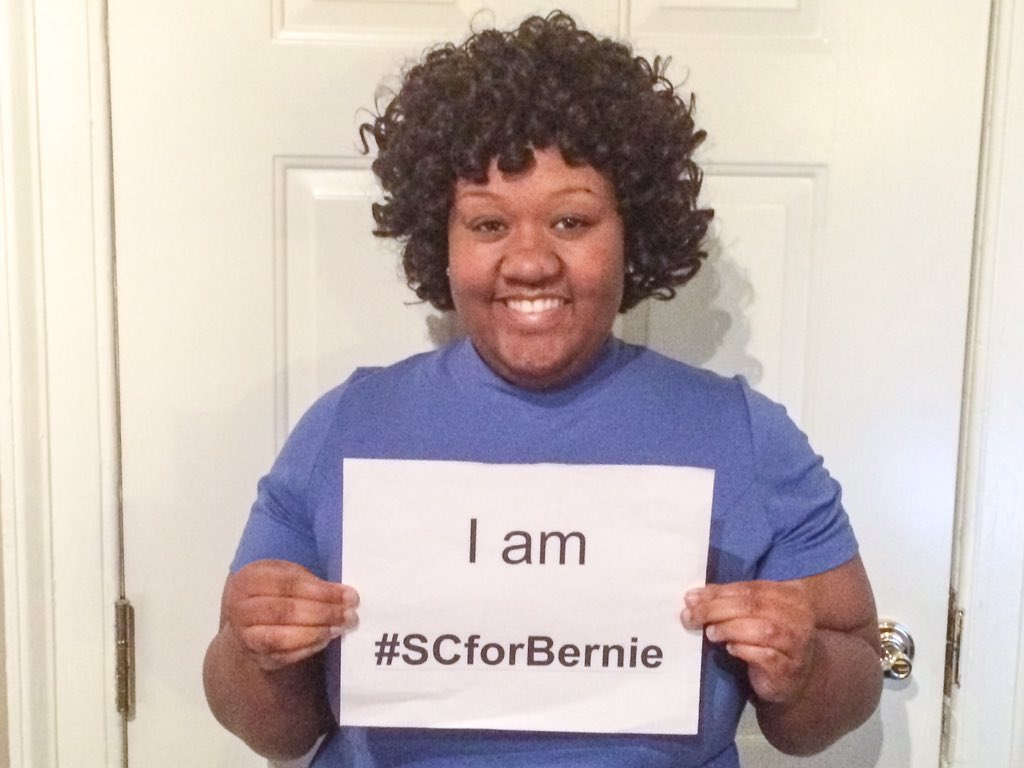 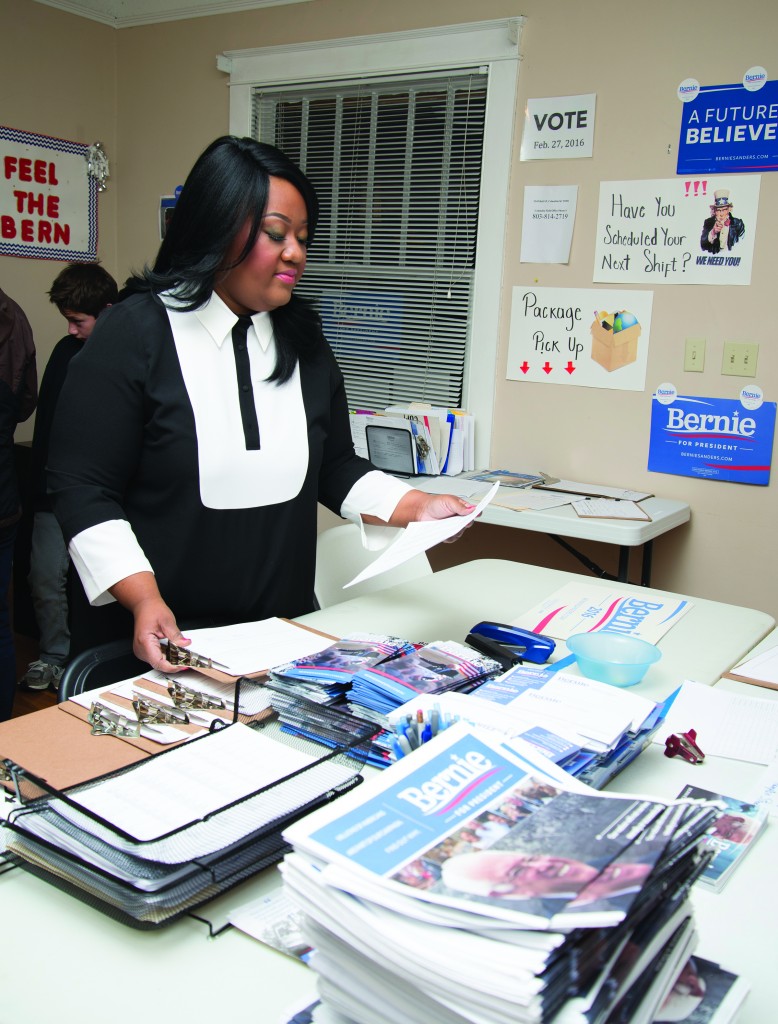 A Selma native with strong Birmingham connections is playing a central role in the South Carolina presidential showdown between Hillary Clinton and Bernie Sanders.

As South Carolina communications director for the Bernie Sanders campaign, Aneesa McMillan is responsible for spreading the Vermont senator’s message across the latest battleground state leading to the Feb. 27 Democratic primary.

McMillan is constantly talking and writing about some aspect of the 2016 presidential campaign, from moment she wakes up until it’s time to recharge her cell phone late in the night.

“All eyes are on South Carolina right now, and it’s my job to tell the story of how far we’ve come,” McMillan said. “We get tons of press requests, so day by day I’m facilitating, I’m giving quotes, I’m arranging interviews and I’m hosting surrogates.”

Following his sweep in the New Hampshire primary, Sanders, initially the long-shot contender, has gained momentum and is laboring to make a strong showing in the first southern primary.

At the same time, the Clinton camp works to hold on to popularity and favorability numbers among South Carolina Democrats. The support from black voters is critical to both sides, as African-Americans comprise up to half of the Democratic voting base there.

McMillan is in the middle of it all.

Clinton continues to lead the South Carolina polls, yet McMillan shows no signs of alarm. She notes that Sanders has grown from a relative unknown candidate to a major force in the Democratic contest.

“It’s a challenge nationally, but we’ve never seen it as a disadvantage,” McMillan said. “When we talk about the issues and we present his platform and present his issues, they see a candidate who will fight for them as president.”

At just 30-years-old, McMillan’s resume already reads like a political and communications veteran. She has spent most of her professional career in Birmingham as a newspaper reporter, then as an aide to U.S. Rep. Terri Sewell. McMillan left a position as Sewell’s press secretary to join the Sanders campaign.

“I always felt a sense of urgency,” explained McMillan. “I didn’t want to waste any time that I had. I always wanted to do something that was meaningful.”

MSNBC recently described McMillan as “the campaign’s youthful South Carolina communications director.” McMillan laughs it all off, saying some have even mistaken her for younger than her 30 years.

McMillan is modest when describing her early professional rise, preferring to thank others for giving her the opportunities.

“I’ve had some great mentors. I’ve been blessed that when I got into the business that I’ve had people who entrusted me with what I was doing,” she said. “Part of it is just taking it seriously. I’ve grown up fast and learned a lot. I always saw myself as someone who wasn’t just a political operative. I wanted to do some meaningful work.”

McMillan spent more than four years as Sewell’s eyes and ears in Birmingham. When she left the congresswoman’s office, McMillan also deviated from Sewell’s choice for president.

Sewell is campaigning for Clinton. But don’t expect any political jousting between the congresswoman and her former staffer.

“I’m grateful for the time that I spent in that office because it created some opportunities for some national exposure,” McMillan said. “I saw her at the debate in Charleston and she was very supportive.”

McMillan said she chose to support and ultimately work for Sanders after doing her own research.

“For me it was just about the issues,” she said. “We’re at a time where we’re figuring out where we go from here. The president has done an amazing job, but at the end of the day, I’m not only a political staffer, I’m a voter.”

On the campaign trail, her days are filled with booking, planning and strategy sessions. On a recent evening, McMillan spoke by phone while driving her latest guest to an appearance.

This day it was Erica Garner, daughter of Eric Garner, the black man who died after being placed in a chokehold by New York police in 2014 when they attempted to arrest him for selling loose cigarettes. Since her father’s death, Garner has become a figure in the Black Lives Matter movement. She endorses Sanders.

“While she’s here, I’m responsible for making sure there’s some type of press here,” McMillan explained. “My goal is to tell the story of the Sanders campaign in South Carolina.”

Back in Selma, Marilyn McMillan looks in the papers, on television and on the internet to keep up with her daughter’s latest moves.

“I’m even watching the debates,” Marilyn McMillan said with a laugh. “I watch every debate. I’m following it closely.”

Aneesa McMillan credits her mother for telling her early on that she could achieve her goals and rise as high as she desired.

“It’s just overwhelming,” Marilyn McMillan said. “When she was in the second grade, they had a Christmas program in school and she had the lead solo. They put the spotlight on her and she just sang her heart out. I knew right then she was going to excel and do good.”

While Marilyn McMillan isn’t surprised that her daughter has found success, she remains amazed by the timing of it all. In just a few years, her daughter has worked for Congress, stood in the Whitehouse next to the president, and now works to select the next president.

“It is all happening so fast. Each hurdle that she makes I just shout for joy. I’m just excited about it,” the proud mother said. “I told her to make sure she’s humble and to hold on to who she is.”

The fight for South Carolina will be decided in just a week. With that, the attention will move on to the next contest along the way to the nomination. Aneesa McMillan plans to stay with the campaign through the long-haul, not quite sure where the next assignment will take her. Still, she’s excited to see what comes next.

“I really hope that people at home see me as an example. I hope there are other Aneesas who dream of meeting presidents and helping to elect presidents,” she said. “There’s somebody else out there who can and who will.”