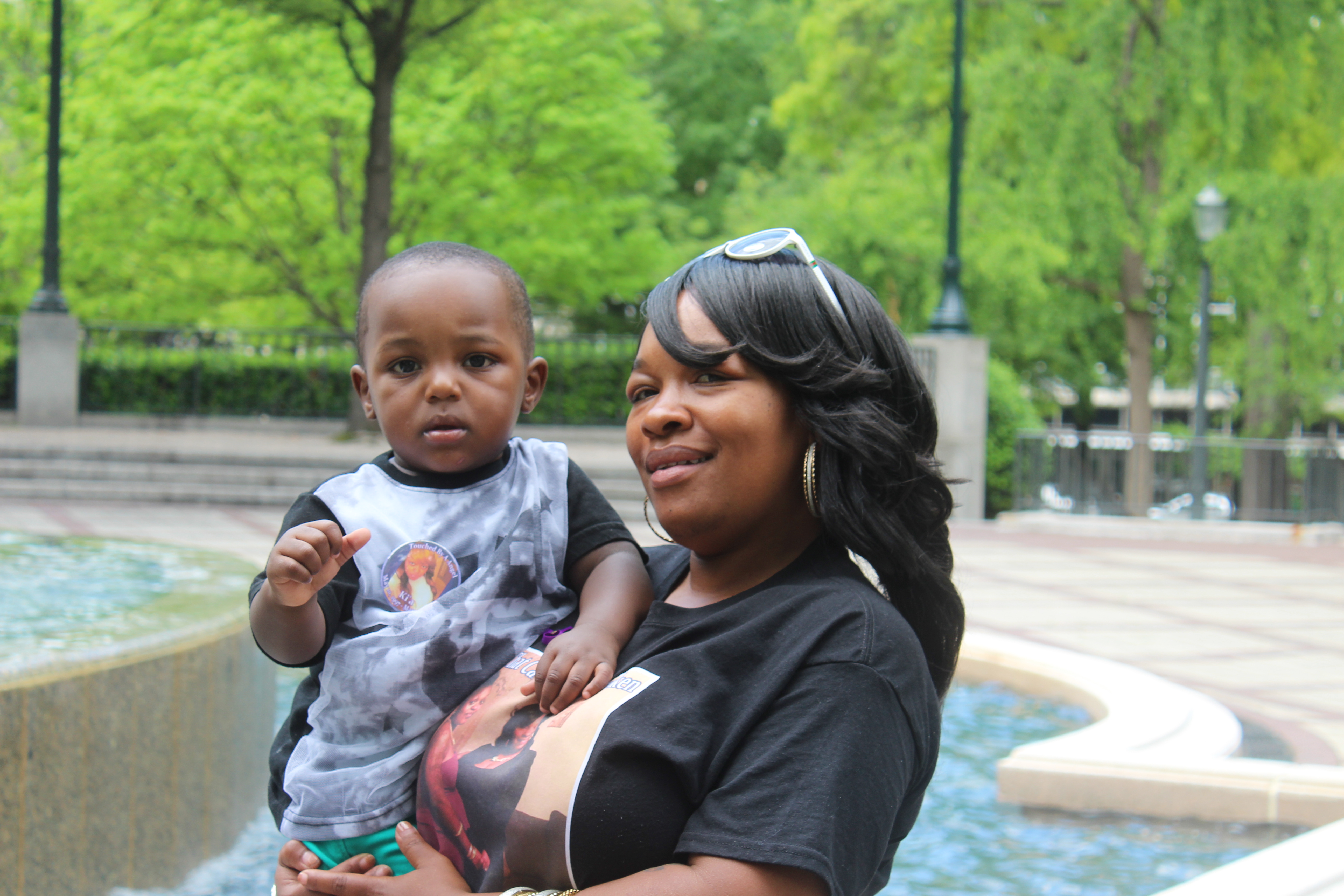 October is usually Domestic Violence Awareness Month, but because of recent multiple killings in Birmingham, the YWCA decided waiting until this fall was too long to bring awareness to the issue.

One of the six victims was Nakía Harris who would have been 19 on (Tuesday) May 10.

Harris’s mother, Lakeisha Harris, was among those who wore black to honor the lives of the women who have been killed as a result of domestic violence.

“He told detectives that they never argued or fought,” Harris said of Nakía’s boyfriend, Joshua Watson, who is now charged with capital murder. “He said she was upset because he wouldn’t let her use the car and he just snapped and he shot my baby.”

Harris said Nakía was holding her 19-month old son in her arms when she was shot. She was also seven months pregnant when she was killed.

Harris said her concern was that there were never any signs of abuse in her daughter’s relationship.

“Even if I did miss any sign of it I have always prayed for my daughter and made sure she prayed,” Harris said.

Harris said it’s important for people to have someone they trust in their lives to go to about these types of issues.

“If you feel scared or threatened to get out, there are people who can help you get out of those situations, like the YWCA,” Harris said. “Someone is always willing to help you, and don’t be afraid to speak out. Speak out before it’s too late.”

Suzanne Durham, former CEO of the YWCA, said, “We’re in mourning. The YWCA wants to make sure that people are aware of the resources, but (the rally is) also a call-out about domestic violence.”

Durham said a lot of people are intimidated about getting involved in domestic violence cases, but should not be.

“You need to let someone know that you care about them,” Durham said.

The Family Justice Center (FJC) joined the YWCA at the rally.

The FJC, which also helps victims of sexual assault, is a partnership comprised of the district attorney’s office, the Birmingham Police Department and the Crisis Center.

“Going to a police officer on your own can be intimidating,” Allison Dearing, executive director of the FJC, said. “So here you can come to someone and they will help you with the process and you won’t have to go through it alone.”

Instead of asking for help and being sent to different locations around the city (such as the YWCA for shelter, the police department to file a report) the FJC has everyone that a victim might need in one place.

The FJC is currently available on Wednesdays from 9 a.m to 4 p.m. and because of the growing crisis will be available four days a week, starting later this month.

For additional help go to OnePlaceBirmingham.com.