Walk into the Helena home of Chef Clayton Sherrod and you will find yourself at the kitchen. No matter where you enter – from the front door, through the back door, up from downstairs — “the center of our house is right here in this kitchen,” he said.

You can nearly say the same thing about the life of the man who was the first Alabamian inducted to the American Academy of Chefs, the Hall of Fame of Chefs.

Much of his world – which includes his wife Sharon, daughters Valerie and Shannon, a Shih Tzu named Baxter and a West Highland Terrier named Bentley – has revolved around culinary arts from his days as a spokesman for gas cooking for Alagasco, to the cooking competitions of which he was part abroad, to Chef Clayton’s Food Systems to his role as culinary consultant for Lawson State Community College.

“They originally had commercial cooking,” said Sherrod, a certified executive chef. “I came in two years ago and brought it up to a culinary arts program.”

The difference, he said, is commercial cooking is almost like home cooking except it’s done in larger quantities.

“But the culinary arts are the artistic flair of cooking, the flavor profiles that you have to have, the different kinds of cuisines in the world. All of them have a different kind of profile.”

Sherrod’s life took a sharp turn as an eighth-grader at Finley Avenue Elementary School in the Acipco Neighborhood. When his father suffered a heart attack, he and his brother went to work at the Vestavia Hills Country Club.

Sherrod went there to be a caddy but soon was drawn to the kitchen. He worked initially as a dishwasher, but the art of food that drew him like a magnet.

“It was a whole different world to me.”

Sherrod set his sights on being the executive chef at Vestavia Country Club. “Man, you’re out of your mind,” a friend told him since chefs at establishments like that had always been white.

The aspiring chef mapped the course he would follow, figuring a series of promotions that would land him at his desired objective in 10 years. He made it in six.

The chef would eventually become the face of gas cooking for Alagasco. He was pictured in brochures and performed on television. While his dining creations were real, the venue was fiction since he and his wife Sharon then lived in an all-electric house.

Their current home was designed to be a stage for Sherrod’s culinary performance.

“I was going to be back here (in the current home) doing all of the cooking,” he said. “That’s what we were going to do, but I didn’t pass it by my honey first. She had seen how it looks when I’m doing cooking shows with all those cables running across the floor and all the people in your house.”

And Sharon said no. “The boss had spoken,” he said. “It was going to be Cooking at Chef Clayton’s Home.”

He was also instrumental in the eventual construction of the Negro Southern League Museum.

“We worked through four mayors,” Sherrod said of his efforts with Layton Revel, one of the preeminent experts on black baseball in the South and Alabama in particular. “Eventually we finally got William Bell to come up with a fantastic idea of having it down by Regions Field. It’s been a rollercoaster ride but we finally got the museum.”

While the culinary art is Sherrod’s vocation, he and his wife share an avocation – gardening. Their home is adorned with flowers in the back and on the side, the product of their handiwork.

“I think we are even more proud of what we produce in our garden than what I produce on a plate on TV or whatever,” the chef said.

The founder of the American Culinary Federation Birmingham Chapter wasn’t working in his garden or his kitchen for a while recently as he recuperated from a serious surgery.

“I have gone through a series of therapies and now I’m coming out of it with flying colors,” he said. “That’s what brought me through — my lovely wife being with me and all the prayer warriors all over the country and in other countries.” 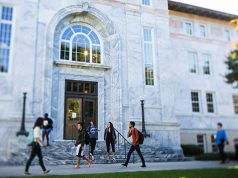