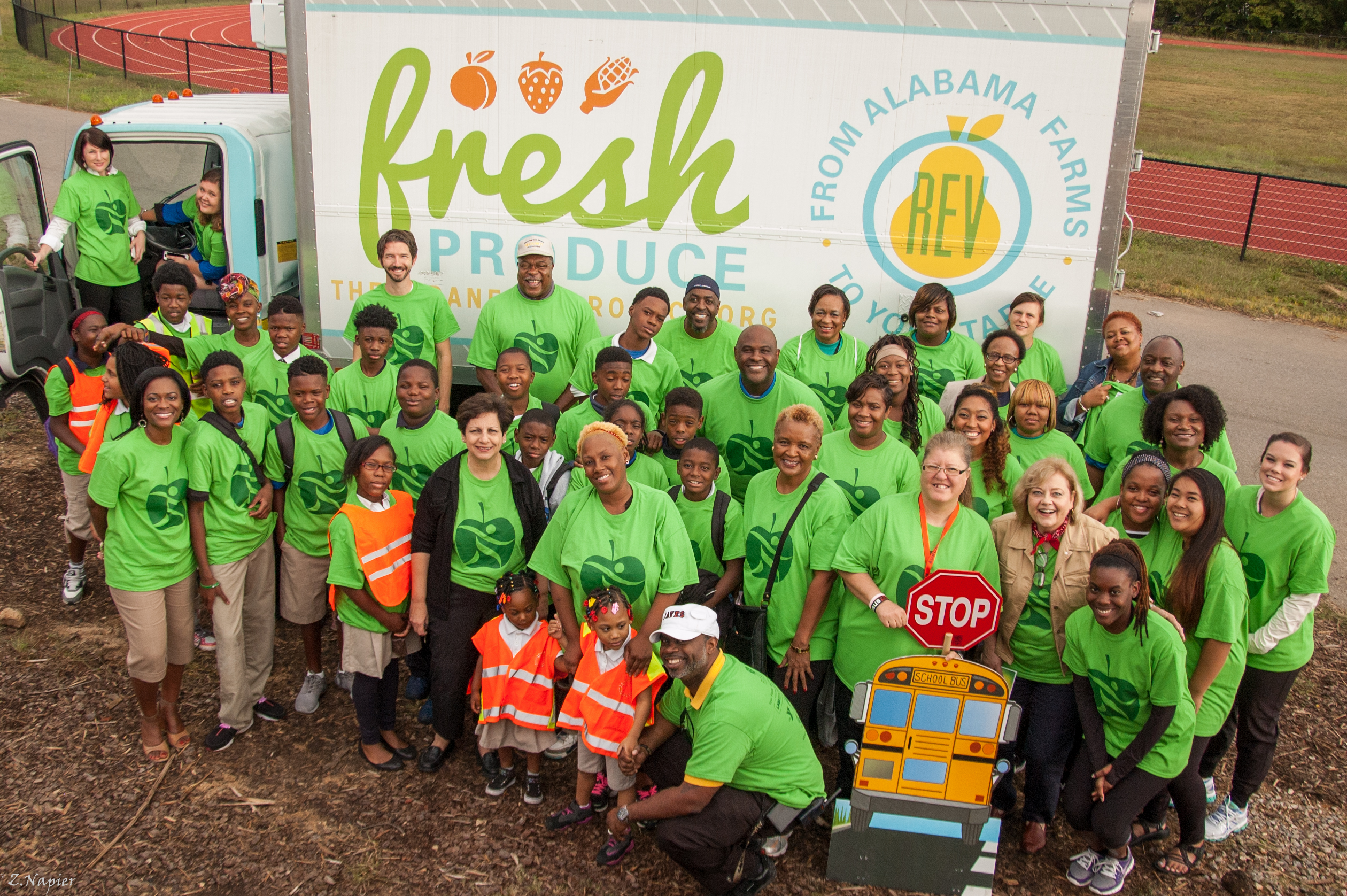 Dr. Mona Fouad had a tough time building trust with minority communities when she first started her work in Birmingham.

She and a close friend and associate, Joanice Thompson, went into the Smithfield neighborhood to begin outreach about minority health disparities—and were quickly turned away.

“They said, ‘We don’t need your help. You guys are sitting there in the ivory tower. What do you know about us?’” Fouad recalled.

Persistently, Fouad went back to Smithfield and didn’t leave until she was accepted by the residents.

“I think they just wanted us to go away at that point,” said Fouad, laughing as she recalled that moment from more than 20 years ago.

That resolve paid off for Fouad and for Birmingham’s residents.

In 2002, Fouad helped establish the UAB Minority Health and Health Disparities Research Center (MHRC), which has earned her national acclaim for her work in improving health and preventing disease among minorities.

The MHRC, founded at University of Alabama at Birmingham with the goal of eliminating health disparities in the state and throughout the Southeast, uses a three-pronged approach to promote health equity: research, training, and community outreach.

Today, the MHRC partners with a number of groups and communities to not only expose health gaps and inequities but also eliminate them from minority and rural areas. Their efforts include reducing food-desert areas, bringing health and exercise classes to underserved areas, and training students on how to research and get rid of these issues.

Fouad began first began her work on minority health in the early 1990s with a project that addressed the issue of heart disease among Birmingham’s city employees.

“What got my attention was that blood pressure rates were skyrocketing among workers in certain groups, particularly street and sanitation, and parks and recreation,” Fouad said. “They’d walk in, and they wouldn’t have a clue that they had such high blood pressure.”

The dangers of not knowing could have led to workers passing out or having strokes while at work, Fouad said. From that, she developed high blood pressure control groups and began doing her research—the type that is one of the MHRC’s focal points.

Dr. Monica Baskin, an associate scientist in the UAB Clinical Nutrition Research Center who also works with the MHRC, and her team recently completed the Journey for Better Health research project in rural areas around Alabama. The subjects—African-American women—received exercise and diet advice and support from professionals.

“We trained local people in the community to deliver the intervention,” Baskin said. “That’s great on a number of levels. Many of the people in these areas are not necessarily going to be able to go to UAB or a larger area to get some of these programs. Also, the programs can be easily translated.”

Another project underway is in Birmingham, where researchers are studying the impact environment has on pregnancy. The belief is that women — who live in areas with higher poverty, more unemployment, and limited access to healthy, affordable foods — are more likely to gain excess weight during pregnancy and more likely to have complications during and after pregnancy.

“We’re trying to see if we can observe those differences and use the information we gather to develop programs that will enable us to make a difference,” Baskin said.

The MHRC has also partnered with the Urban Food Project and REV Birmingham to establish Birmingham REACH for Better Health, which is designed to ensure that fresh fruits and vegetables are available in the city’s neighborhoods. Funded by the Center of Disease Control and Prevention, REACH works to eliminate food desert areas by bringing healthy options to stores like Munchie’s in Avondale and the 10th Ave. Deli in Kingston.

“We want to make sure people don’t have to leave their communities to find fresh produce, especially if they’re already living in economically depressed situations,” said Dr. Theresa Wallace, REACH program director. “There are lots of convenience and mom-and-pop stores in those areas, so why not use those infrastructures as an opportunity to intervene and say, ‘I know you shop here and your kids come in here before school. So instead of having them picking up chips, why not have them pick up an apple?’”

The earlier healthy eating habits are formed, the better they will stick in the long run, Wallace said.

“Eating habits are formed early, and we need to break the cycle of just picking up anything and eating it because it’s convenient,” she said.

In addition to adding food options, REACH also conducts health classes that emphasize working out and walking. Classes are held at Stockham Park in North Birmingham and Avondale Park, which is across the street from Munchies. These types of programs are important because they have the ability to create a lasting effect on the community, Wallace said.

“People sometimes believe researchers come to these areas, do lengthy surveys, collect data, go back to the ivory tower, crunch the numbers, write papers—and that’s it,” Wallace said. “We need to retool ourselves. We need to make sure we publish and share the knowledge we gained with their help, and make sure it’s relevant to them.”

“Many people asked if we could put something in the community,” Associate Director Joanice Thompson said. “So HealthSmart is a result of people telling us their needs.”

The program, which is in its fifth year and has the potential to expand, also encourages healthy living by offering a variety of classes, including free Zumba and walking sessions.

“[The classes] are right in the front lobby,” Thompson said.

Preparing for the Future

Every year students from historically black colleges and universities (HBCUs) have the opportunity to enter training programs on three levels: the summer enrichment program for undergraduate students; mentor research projects; and the graduate and postdoctoral summer cancer research training program.

“The program increases in length each summer,” Smith said.

In the past, students have participated in research related to pediatrics, neurology, and physical therapy issues. And they are partnered with schools like Morehouse School of Medicine, Tuskegee University, and UAB.

The MHRC has helped close many health disparity gaps, but with medicine constantly advancing it is important to keep those health gaps small.

The work being done to close health gaps is paying off, “but now we need to move to another phase,” Fouad said. “If we don’t get all groups—African-Americans, Hispanics, other minorities—involved in this type of advancement in treatment then, despite all the work we’ve done, the gap is going to get wider again.”