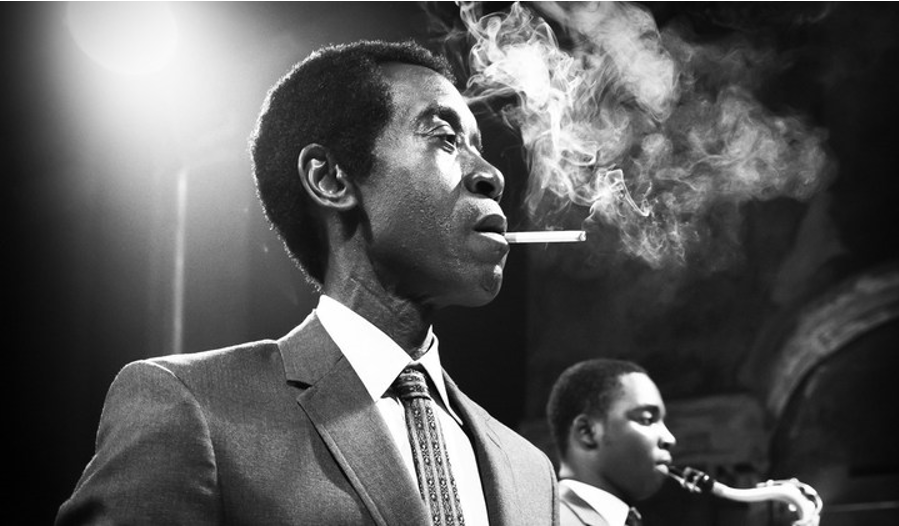 Within Miles Davis’ Music, Despite the Anguish and Turmoil, Everything is Beautiful

The film “Miles Ahead,” released in April, is a mosaic, flashback-filled ride — some fictional, some reality — through some of the darkest times in Miles Davis’s life during a five-year creative slump.

It’s difficult to define it as a genre film. It doesn’t fit the cliché music biopic mold that examines a musician through his life; starting with a childhood trauma, on to a creative musical peak, and ending with his inevitable troubled genius downfall spurred on by the consummate excess of drugs, women and more drugs.

Don Cheadle used the hilarious Judd Apatow produced film Walk Hard, The Dewey Cox Story, which spoofs the typical music biopic, as instructive of what not to do. Miles Ahead certainly is not a creative documentary either like the brilliantly crafted story of Kurt Cobain in Montage of Heck.

Instead, Miles Ahead follows several overused formulas all rolled into one movie: the interracial buddy film with the reluctant friendship of Cheadle and Ewan McGregor’s character as a convenient plot vehicle (in the vein of An Officer and a Gentleman or Lethal Weapon); a story of lost love; a cops-and-robber style chase; and the trials of an outlaw genius who can only be redeemed by his craft. Where Miles Ahead succeeds (the accompanying soundtrack due out May 27th, by Robert Glasper, who scored the film, acts as an extension of the film) is ironically in some of those easy tropes…