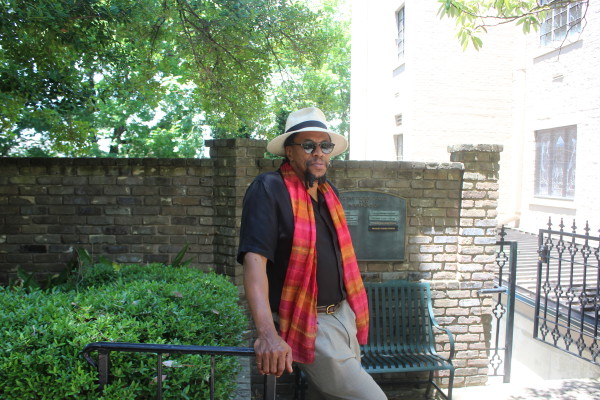 Mustafa Eke’vu sat in Golden Temple Café on the Southside as he spoke to everyone who passed by.

Most of the people are no strangers to him, because they have a piece of his art somewhere in their home, Eke’vu said.

In the Magic City iron and steel statues are the norm, and a number have been made in Eke’vu’s studio on the west side of Birmingham.

He is an artist, a blacksmith and someone who makes iron.

“I was born an artist,” Eke’vu said. “When I was in high school I was selling pencil portraits.”

Eke’vu, 57, who attended Hueytown High School, got his start in blacksmith after he was offered a job at Instant Heirloom, which used to be on the Southside. At his job, by watching co-workers, Eke’vu learned how to do blacksmith and make iron.

“When you have knack for something people can try to teach you to enhance what you know, but if you know something, you’re going to make it happen yourself,” Eke’vu said.

He became the only person who knew every aspect of working in the shop from cutting and measuring the steel, to shining and polishing the final product.

Eke’vu began doing art shows in 1995, displaying his talents to the city of Birmingham. His first art show was the Magic City Art Connection. “I remember taking nine pieces out there, and I sold eight; I passed out hundreds of business cards that day,” he said.

His most notable pieces are in Birmingham. The Fred Shuttlesworth Humanitarian Award was most recently presented to Bobbie Knight, chairperson at the Birmingham Civil Rights Institute.

“[Bobbie] said she wanted something different because trophies are boring,” Eke’vu said. “She said, ‘What do you think about a dome?’ Which is the center of the Civil Rights Institute.”

Eke’vu said a dome was elegant, but something bigger would have been more appropriate for the award. From their brainstorming, he created a globe.

“The figure of the world, naturally, is always a winner,” Eke’vu said. “Bobbie wanted to make something more artsy and precious . . . so the person could use this art at their home or in their office. I sketched it and sent it back to her and she said, ‘that’s it.’” 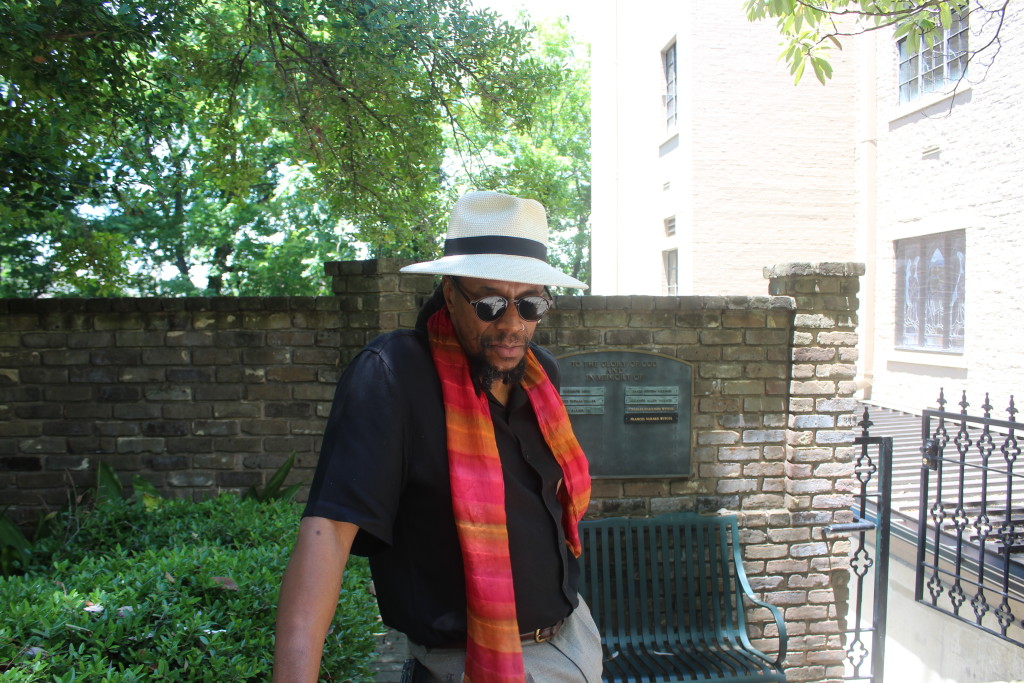 Eke’vu created a three dimensional globe with intricate details of each continent, but the most difficult part was creating the base.

“I originally did a base made out of wood, but it wasn’t strong enough,” Eke’vu said. “I ended up doing a base that looks like an arched bridge over water.”

Many of other pieces are over town. His favorite is a ballerina piece that stands outside of Steeple Arts Academy of Dance in Mountain Brook.

“It really took something to do,” Eke’vu said. “The technique is my own; I haven’t seen it done anywhere else.”

Eke’vu is currently working on creating 30 pieces that he says will be upscale and “intricately detailed.”

Asked how he approaches his artwork, Eke’vu said, “Mankind is so thoroughly immature that their very own gifts, outward material aspirations and compliments almost invariably contravenes them ever truly looking inward.”