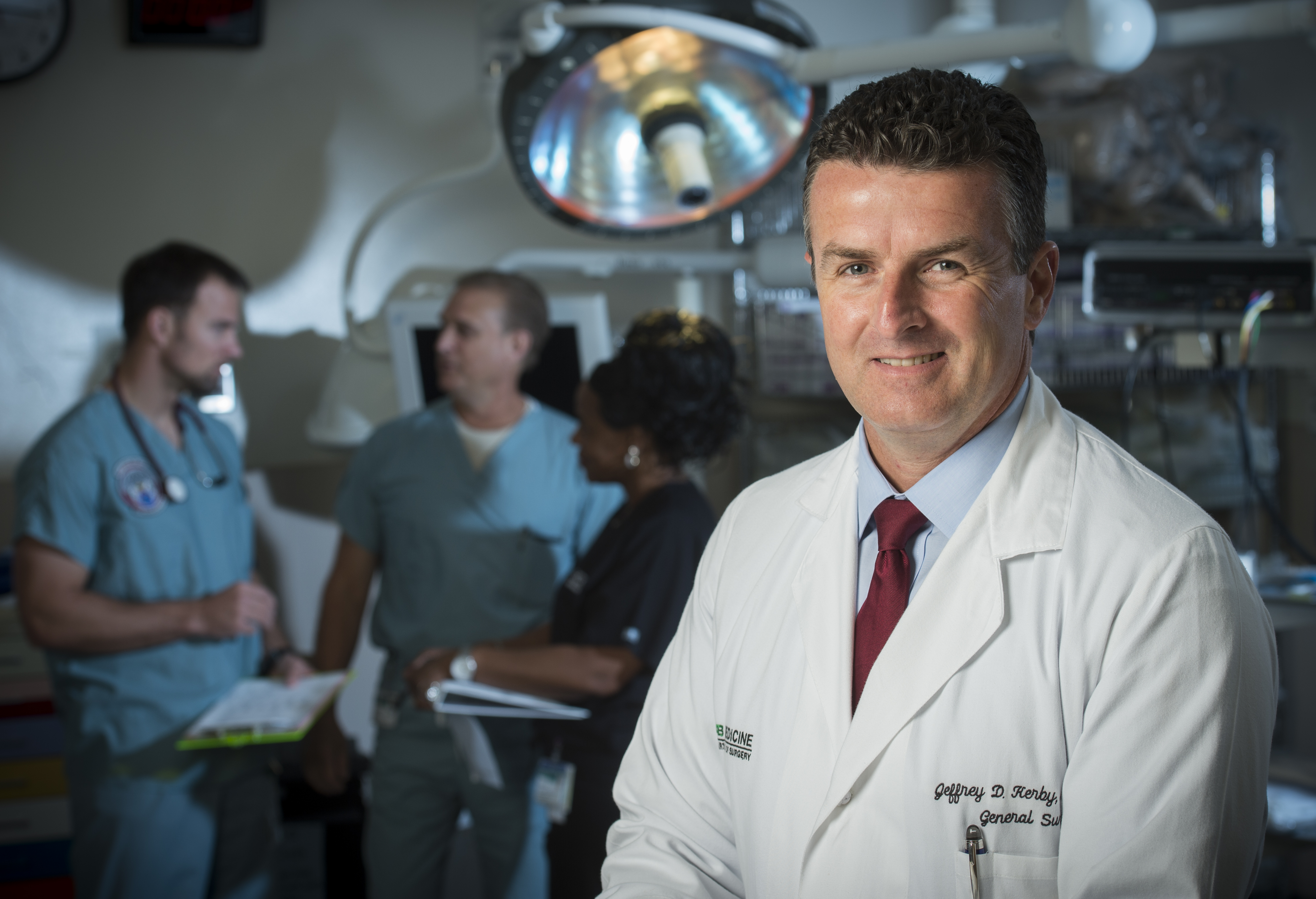 By Monique Jones
The Birmingham Times

The number of gunshot wound victims—mostly young African-American males from the Birmingham metro area—being treated at UAB has doubled over the past four years. This has raised concerns among medical professionals, said Jeff Kerby, MD, director of the UAB Division of Acute Care Surgery.

“We’ve just mapped out the numbers of gunshot wounds we’ve been seeing at our trauma center. … [They’ve] gone from around 240 or so to almost 500 … that we took care of last year,” Kerby said. “It’s very concerning.”

Kerby added, “85.8 percent of the victims [at University of Alabama at Birmingham Hospital] are African-American.”

The statistics illustrate a deadly toll that’s tearing apart some segments of the community. Often, gunshot-wound victims don’t make the news, and those who survive are seldom talked about. Still, the impact is felt throughout the community.

“A lot of the victims we see here are young and in the productive years of their life,” Kerby said. “So, personally, it’s concerning. The effect it has on families and loved ones, particularly when there’s a negative outcome … when you wake up in the morning, you’re not expecting someone in your family to be injured that way.”

“Sometimes we have to break the news to the families when there’s a bad outcome, when we’re not able to save the patient,” he said. “That takes a personal toll on you when you’re doing this type of work.”

The numbers are not just bleak in Birmingham. The number of people who sustained gunshot wounds in 2012 across the seven-county region including Jefferson County increased to 386 from 198 in 2012, Kerby said.

The Centers for Disease and Control Prevention (CDC) says that the impact of youth violence is not just confined to a specific community. Youth homicides and nonfatal physical assault-related injuries result in an estimated $18.2 billion annually in combined medical and lost productivity costs alone, CDC officials estimate.