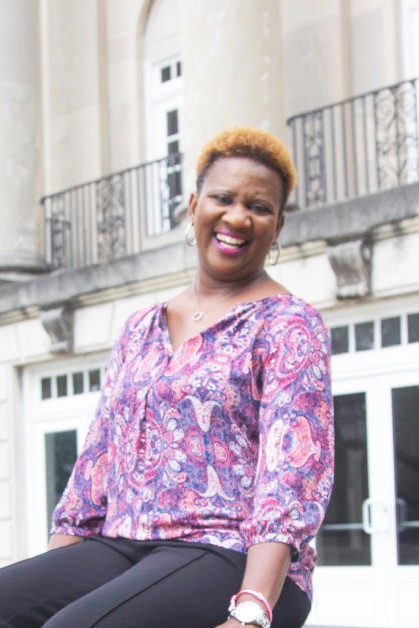 From an early age, comedienne Carla “The Truth” Youngblood knew how to command a tough crowd.  Growing up in a crowded home, her pubescent stand-up routines gave the comic something powerful: a voice.

“I’m the baby of five [siblings] and that was literally the only way to talk in my house,” Youngblood said.  “All of my older siblings wouldn’t let me have the floor, but if I get in there and start laughing and telling jokes and making them laugh, I would take the floor.”

Youngblood’s tell-it-how-it-is personality earned her the nickname “The Truth”, because that’s the only thing she can tell. The comedienne, who is a Certified Public Accountant by day, made her stand-up debut at the StarDome Comedy Club six years ago, and never looked back. Now she has another story to tell.

On Sunday Oct. 1, Youngblood is kicking off Breast Cancer Awareness Month with her second annual “The Truth” About Breast Cancer comedy tour at her alma mater Birmingham-Southern College. The one-woman show explores her journey since being diagnosed in 2015.

Translating her journey, which included multiple rounds of chemotherapy and a double mastectomy, into a stand-up routine was never difficult. If anything, the comedienne said the myriad procedures she endured was a breeding ground for comedic gold. Ultimately, Youngblood wants to remind patrons that it is okay to laugh.

“Laughter is like medicine to the body,” Youngblood explained. “It takes people out of the element. It makes them think about something totally different. They kind of forget about their problems for a little and then, sometimes, if I hit on those problems, I give them a different way of looking at it and they realize that all is not lost and they have a way out and a way to resolve things.”

This show includes material that didn’t make the cut last year, Youngblood said. When drafting the initial set, the breast cancer survivor said she had so much material to work with that the show would’ve lasted all night.

“Had I done everything then, the show would’ve been four hours. No matter how much comedy you like, nobody wants to sit in a four-hour show,” Youngblood said.

Youngblood’s battle with breast cancer began in 2015 when she started to feel pain in her bosom, which she found peculiar.

Looking back, Youngblood said she always knew that it was cancer, but she needed a professional to make the final call. After a check-up, the doctor said the pain was nothing to worry about, but she had her doubts. Ultimately, her initial gut feeling proved to be accurate. The comedienne remembers getting the call on a Friday morning right before she got breakfast.  The bad news shook her, but her stomach was also growling.

“But, you know, I was still hungry so I went into Alabama Power [for a breakfast] and I got me something to eat and started moving about my day,” Youngblood said. “I went through that weekend holding it in and I didn’t want to share it with nobody because I didn’t have any details”

However, she didn’t keep a secret very long. Youngblood got the idea to write the comedy show halfway through her chemotherapy treatment. From there on, she documented her experiences, knowing it would be future material.

“After going through all of that and seeing all the pain, sadness and hurt in people, I wanted to make something that would put a smile on their face, so I created this show.”

Youngblood wants everyone to know that she is a survivor, but that is only because she kept a positive attitude.

“Don’t focus so much on the right now situation, but focus on the end-result,” she said. “Decide on how you want to come out on it and focus on that result. “

“The Truth” About Breast Cancer will be held in Munger Auditorium on the campus of Birmingham-Southern College. Doors open at 2 P.M. and the show begins at 3 a.m. Tickets are $20 and can be purchased at www. Keepyoulaughing.com. Tickets will not be sold at the door. 10 percent of the proceeds will go to charity.