Developers and educators at the University of Alabama at Birmingham have developed a solution to meet the challenges of getting educational resources to underserved populations by providing software and hardware programs to better train students in Ethiopia and Zambia.

Basic science education is delivered to students in Zambia and Ethiopia with tablets through an e-learning system. Education and training programs on the African continent have two recurring challenges: lack of textbooks or educational resources and lack of internet. The University of Alabama at Birmingham Sparkman Center for Global Health partnered with developers in Zambia and Ethiopia to develop a software solution, SparkEd, in response to these challenges.

“We looked for alternative solutions to provide educational resources for students in these two countries, but found they were not effective,” said Craig Wilson, M.D., professor in the UAB School of Public Health. “Our students even collected textbooks to take to Africa, but they were both heavy and expensive to transport. We began looking for alternative modes of delivery. The new software is cost-effective and practical in delivering educational materials to an area with limited resources, like Zambia and Ethiopia, and potentially parts of rural Alabama.”

The Sparkman Center’s initial response to the challenges was to partner with a group organizing internet-based and digitized resources into a format called eGranary that could be delivered on hard drives and searched, much like using the internet. 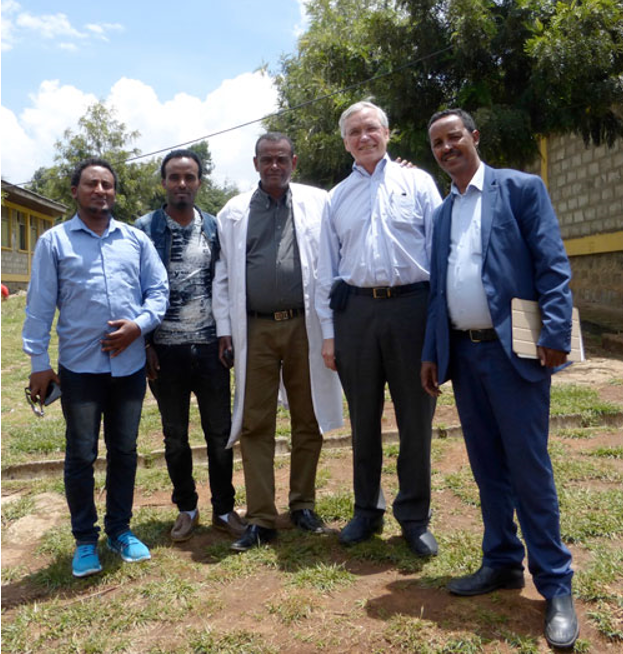 Wilson started working with the University of Zambia in 2007, focusing on e-learning and the eGranary approach, which led to his collaboration with Ethiopia’s Addis Ababa University in 2013. Together, they identified similar approaches to installing software and hardware, addressing the need to deliver basic science education. The e-learning and videoconferencing solution, developed in Birmingham, delivered educational materials to multiple new medical schools in Ethiopia that lacked instructors.

The installations also addressed a mandated increased intake of 275 students at AAU without an increase in teaching facilities and faculty. Peter Anderson, DVM, Ph.D., professor in the UAB School of Medicine Department of Pathology, collaborated separately to disseminate digital resources for teaching histology and pathology for medicine to 12 medical schools in Ethiopia and Zambia.

UAB’s Sparkman Center partnered with developers at the University of Zambia to develop educational software and hardware to deliver educational materials via intranet. In 2015, extensive discussions with the eGranary developer led to the pursuit of a different delivery software that would allow loading of local content and textbooks, and could be organized around specific curriculum and programs. Working models of the software were initially developed by the Hacker’s Guild, a group of Zambian programmers supported by the UAB Sparkman Center.

The programmers were sent to Ethiopia in early 2016 to train Ethiopian programmers in SupEd. The software was used by the Hacker’s Guild to deliver a program for nurse anesthetists in Kenya starting in late 2016. The software was developed so it could also be used on any hardware platform — including tablets, — that could connect to local servers using Wi-Fi, and thus an intranet could be used independently.  The software will be released initially as an open-source resource to allow for rapid dissemination and use for development of local resources.

The software is designed for easily organizing and delivering any educational content in an internet-like format for use in areas with no, poor or expensive internet connectivity. Grade-specific content is delivered on individual tablets, and the supplementary materials are available on local servers at the schools. Servers can be updated with SIM card connections, thus circumventing the need for internet. Medical and veterinary training programs are being developed for basic science education, which could be disseminated globally.

Following agreements with the Ministry of Education in Ethiopia, the software has been used for digitizing all ninth- through 12th-grade content in Ethiopia, including textbooks, videos and supplementary content. Pilot programs continue to run in two schools, with grade-specific content delivered on individual tablets and the supplementary materials available on local servers at the schools. In August 2017, agreements were made with the Ethiopia Ministry of Education to plan for deployment to all 3,800 secondary and preparatory schools over the next four years.

“International funders in Ethiopia now support this approach, rather than printing textbooks,” Wilson said. “They have contributed $50 million annually for textbooks in the past, which will be invested in the dissemination of the content now in SparkEd.”

The next step for Ethiopian content is to digitize educational materials for grades 7 and 8, followed by grades 5 and 6, which would include more diversified local language content. Between 4 million and 5 million tablets will be needed for secondary schools alone, if the same delivery model is used from the pilot studies.

An Ethiopian investor who leads a coalition of 60 private schools is working closely with SupEd leadership to establish a distributorship for server hardware. Agreements for tablet assembly to be established in Ethiopia have been initiated.

SparkEd is a more cost-effective and efficient way to help educate students in the developing world. “Interest in the use of this software has been expressed for educational programs at many levels in other African countries where it has been demonstrated,” Wilson said. “Science, Technology, Engineering and Math education programs in Birmingham and after-school programs in the Black Belt could benefit from the software, and efforts are in place to begin deployment of programs locally.”

About one-third of the 6 terabytes of eGranary content was developed by a multidisciplinary team consisting of the UAB Sparkman Center, School of Public Health and School of Nursing and Zambian collaborators. The library is available in 700 placements globally with 45 placements supported by the Sparkman Center. Content includes primary and middle school content that was developed in collaboration with a Belgian non-governmental organization. 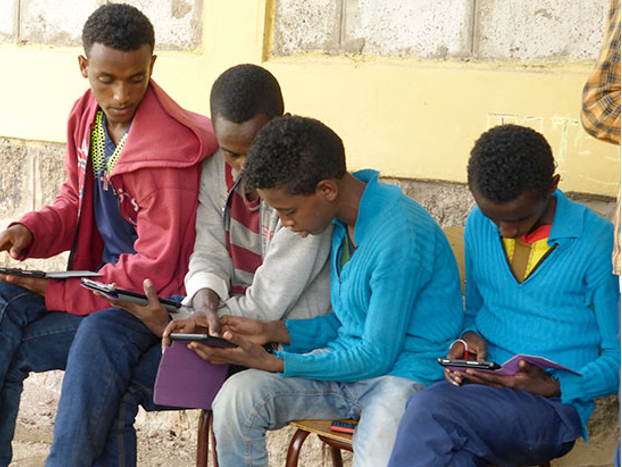 UAB’s Department of Electrical and Computer Engineering advised on hardware assessment for deployments in Ethiopia. Murat M. Tanik, Ph.D., Wallace R. Bunn Chair of Telecommunications at UAB, and Mohammad Haider, Ph.D., assistant professor of electrical and computer engineering at UAB, suggest there would be multiple uses for this software for programs and locations in Alabama.

“The idea of developing a shell software that could be more widely used and developed was driven by this initial idea,” Wilson said.

Cooper Filby, systems analyst senior in the UAB School of Medicine, led the development of instructional manuals for use of the software. The UAB Bill L. Harbert Institute for Innovation and Entrepreneurship provided support for positioning and assessment of the software.