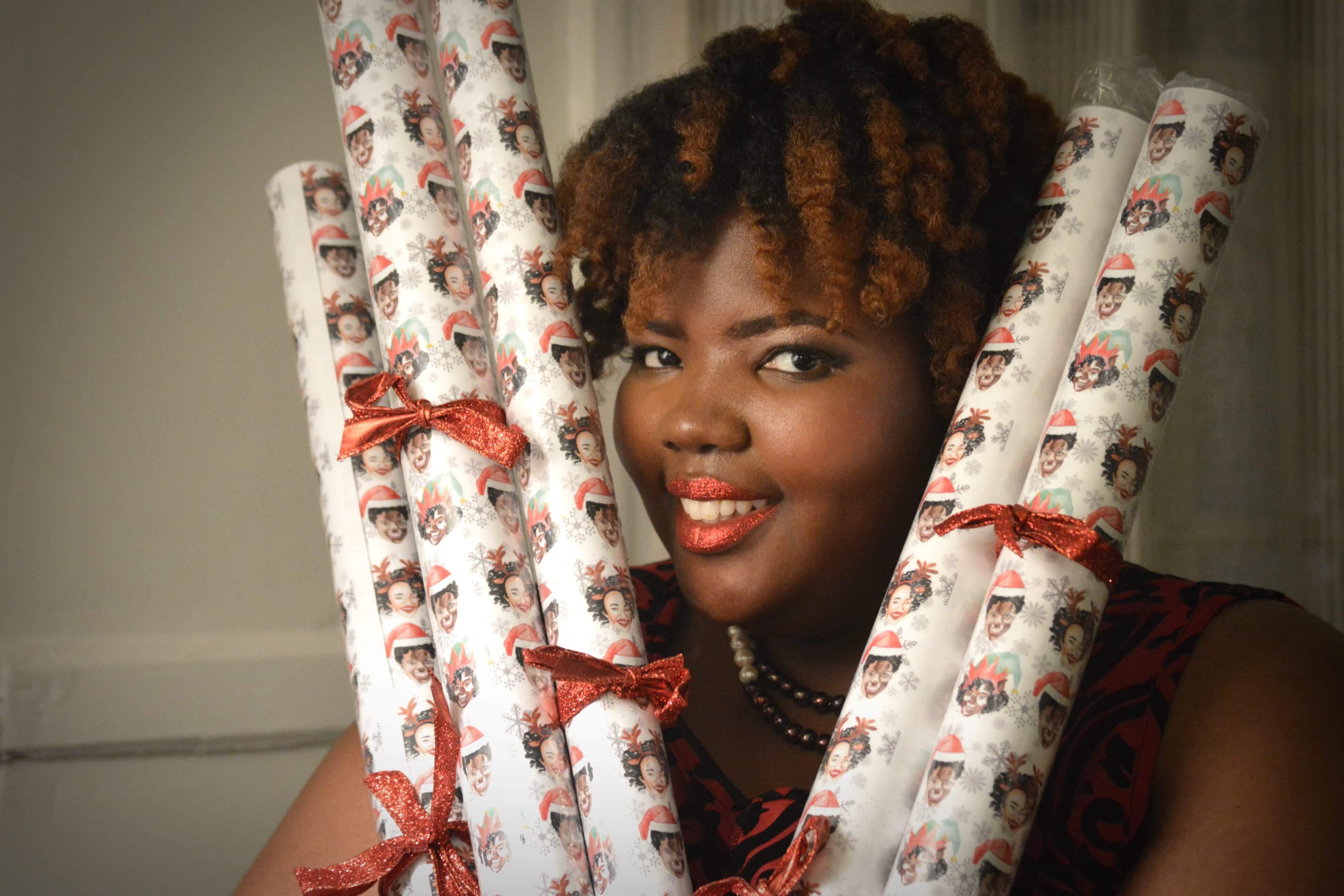 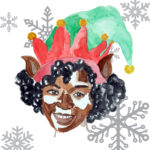 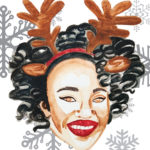 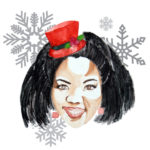 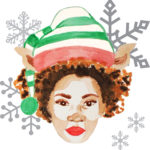 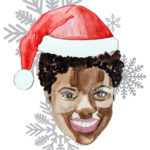 Known as Curly Contessa, the wrapping paper features five watercolor images of African-American women with natural hair. Farmer, who’s natural, painted the women. She included herself in one of the images.

Farmer rolled out the wrapping paper this month. And already, consumer interest has been rolling in for her.

“I’ve had hundreds of ‘This is so unique! This is beautiful! This is something that represents my daughter, my best friend,’” Farmer said. “I’m now getting inquiries for images on sweaters, T-shirts, bags and mugs.’’

The wrapping paper is available at http://www.curlycontessa.store. Through Dec. 3, she is offering a cyber sale of 35 to 60 percent off. Plus, free shipping for orders over $50. All orders will ship by Dec. 11.

“This is more than wrapping paper. This is art,’’ said Farmer, 29. “This is something for people to cherish and to keep. Every time they look at it, they are going to think of that special moment they had with their daughter or mother.’’ 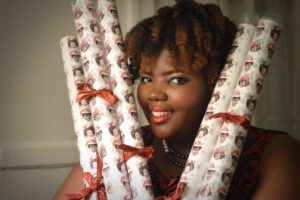 “I was disappointed. But two seconds later, I realized that I could put my art work on merchandise,’’ Farmer said.

She started researching, but was stopped cold when she discovered it would be $20,000 to add her art to glasses. Not to be deterred, she put her idea in her back pocket. In 2017, she discussed her idea with a friend and he suggested she do wrapping paper that targets African Americans. It was her “a-ha!’ moment.

She began her research again and discovered that while there was an African-American Santa on wrapping paper, it was not hand drawn or watercolor art. In two weeks, she had painted the five women for her wrapping paper.

“That’s a major part of my brand – celebrating women with natural hair and instilling pride in our community,’’ Farmer said. “When women see the wrapping paper, they want it.”

Farmer was born for this. As a toddler, she drew on her parents’ walls. “They didn’t say too much,’’ Farmer said. “My mom just washed it off.’’

They encouraged her artistic talent, buying her art supplies for Christmas. After graduating from Ensley High School in 2006, which was the last graduating class for the Birmingham school before it closed, Farmer attended and graduated from Samford University in 2011. 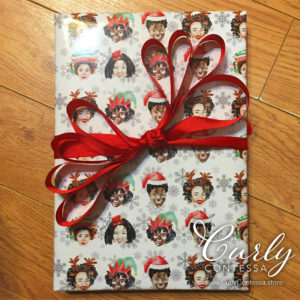 During the day, she works as an art director in Birmingham. At night, she runs Curly Contessa

and Flair Koncepts, a branding, graphic design and illustration company in Birmingham. She does all of this to create an experience for people to remember.

“My passion is creating captivating visuals and authentic experiences. That’s a big part of what Curly Contessa is about,’’ Farmer said. “Curly Contessa stands for a powerful woman. With Curly Contessa, I want to highlight the diversity of our community. I want my artwork to reflect my powerful tribe and the diverse beauty in it.’’

Farmer knew her dream would take money to get it started. However, she didn’t want to take out a loan. Instead, she created a crowdsourcing page, asking people to donate to help get it going. Friends, family and donors responded. She also donated to her own campaign.

It took about a month to get enough capital to buy the wrapping paper. But even before she did the fundraising, she created a business plan and did research on what was needed for an online store. She pitched her idea to a host committee and a mentor for feedback and support — all in three months. She released the product on Nov. 19.

“It is important to have a host committee before you start,” Farmer said. “These are donors to help spread the word about your product. When I launched, I had early supporters to help with with pre-sale orders.”

“I’m not an ordinary person. I’m extraordinary,” Farmer said. “I believe in doing something at 110 percent. I just jumped out of the window on this because my mentor, Melva Tate, said to ‘Just do it.’ The worse thing that could happen is that I would have failed. And you learn from your failures.”