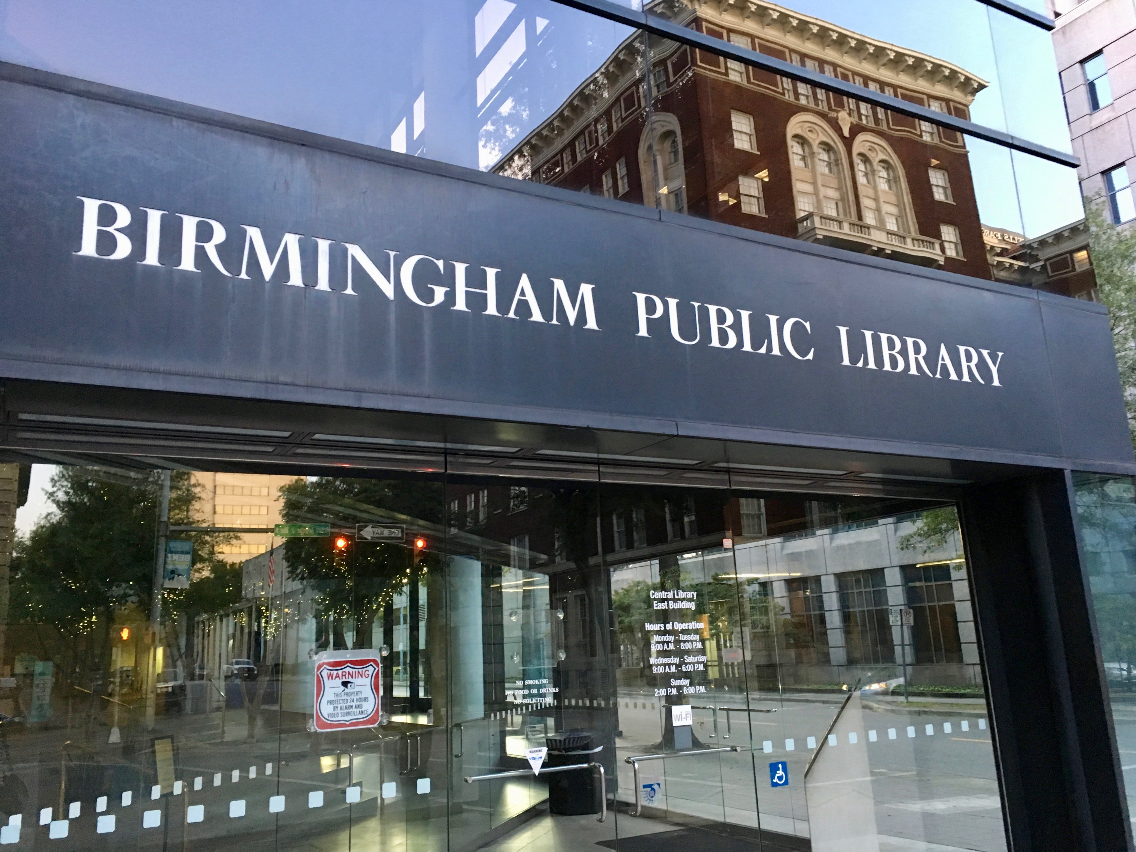 The Birmingham Public Library last week hosted a kickoff celebration and rebranded the summer reading program to summer learning, an initiative that provides computer coding programs, mathematics programs and arts and crafts for all ages.

The celebration drew dozens of children, teenagers, and adults to the Central Library in downtown Birmingham.

“This kickoff event launches our 2018 summer learning program,” said Melvia Walton, who works in the library’s Community Engagement Department. “This is one community event and activity that allows the community to come in to the library and become more familiar with the free services and free programs that we have.”

Janine Langston, the library’s Literacy and Outreach Coordinator, said “many of our programs are focused on S.T.E.A.M. (Science, Technology, Engineering, Arts, and Math). So we’ve offered coding camps for teens, engineering camps for teens.”

“We’re offering enrichment opportunities so children can learn through fun, that’s the whole idea,” she said. “We’re not just encouraging reading throughout the summer.”

The programs are important to help parents prevent “summer slide” — a process in which students forget what they’re taught during the school year due to lack of brain stimulation – for their children.

“When the schools are in session, we support [the schools] and now we’re supporting all of our students by offering enrichment opportunities,” said Langston. “We’re focusing now on not just reading but learning with hands on opportunities and providing opportunities for kids that might not find this anywhere else.”

Said Floyd Council, executive director of the Birmingham Public Library System: “Summer learning is the heartbeat of America.  It’s the one time of the year where we focus on the investment that centers around learning and now we have to focus on digital inclusion and learning culture.”

“The opportunity to highlight learning in a fun and recreational way during the summer is really profound,” he said. “For many years public libraries have focused on summer reading and there was this traditional expectation that we wanted children to read books as if there was some sort of learning product produced by just reading books.”

The learning program introduced last week “is a new process and we want to encourage children and adults to learn all the time,” he said.

Shontae Smith, a Birmingham native and mother of a first grader attending Princeton Elementary School and a seventh grader attending Smith Middle School, believes that the programs give children a chance to learn during the summer.

She pointed out that the programs could help with public speaking.

“[Children] should be able to talk in front of other people and read out loud and it also helps them do better in school as well,” she said.

Another aspect of the rebranding, Langston said, is that the library has moved from counting the number of books read to how many minutes read. “We actually have an app called Beanstack . . . an app where users can log in with their library card and set a timer for the desired number of minutes they want to read,” she said. “The kids are finding it really engaging because they’re all into technology.”

The summer learning program is part of a nationwide effort by the Urban Libraries Council, which is made up of all the major public library systems in the country and in which the Birmingham Public Library is a new member.

“The Council has a strong initiative to support summer learning, so we are pretty much consistent with national trends,” said Birmingham’s library director. “It’s quite different from summer reading because children are able to have a break and have some recreation but still be in a multifaceted environment where they have the chance to explore and adventure. The hope is that we eliminate summer slide, so that’s why we’re putting so much energy and investment into summer learning.”

“We’ve set our performance in terms of target registration for 6,500-7,000 students for grades K-12,” he said. “We hope to have 7,000 students participate. Now, participation and completion are two different things. The outcome and the impact of participating is more important to us than the number of books that children read and how many accelerated reading lists they read from.”

Children have been asked to read eight hours incrementally, he said.

“They’re measuring the time that they read, they don’t have to read complete books,” he explained. “Eight hours during the summer is considered completion of the whole program in an eight-week time period. For us, if we make a registration impact to 6,500-7,000 kids, we will consider that a good goal.”