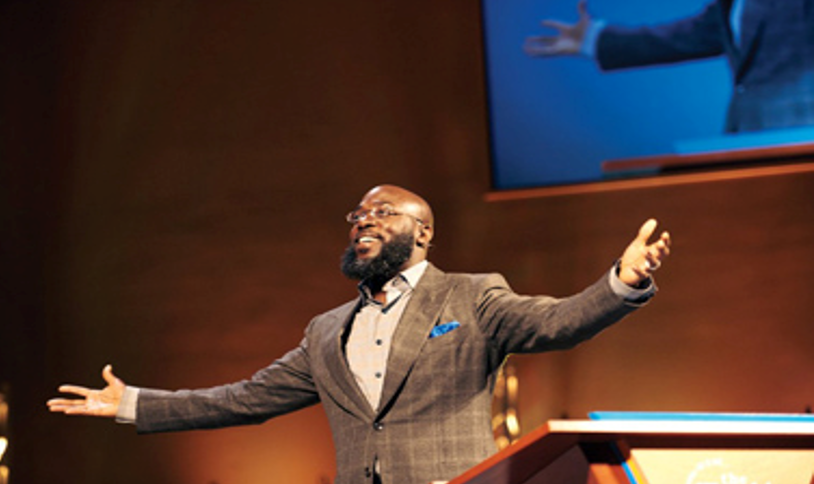 Trump hosted a roundtable discussion with several inner city pastors and faith-based leaders to discuss his administration’s efforts on prison reform and other policy initiatives to improve inner cities.

The visit by Moody to the White House drew stinging criticism from a number of people including Billy Michael Honor, organizing pastor of Pulse Church in downtown Atlanta, who wrote an open letter to the pastors titled “The People Deserve Better.”

Honor wrote: “I take issue with the premise of the meeting being about prison reform.  I’m sure this was the carrot that drew most of you to the table . . . however, given the actions of Trump’s justice department, I must surmise that sadly the administration’s prison reform efforts are self-defeating at best and disingenuous at worst.”

In a statement Thursday, Moody said he expected to be attacked.

“Unfortunately, the political and cultural climate in our country has descended to a very petty and disturbing place, and because of that I knew that going meant there was a possibility that I would be attacked,” he wrote. “Nevertheless, I accepted the invitation because I believe that the ability to help others who are marginalized, disenfranchised and voiceless is much more important than personal gain.”

Moody said The Worship Center has been very involved in prison ministry for years. “We currently minister in eight different prisons around Alabama each month, and hundreds of current and former prisoners have come to the Lord as a result of us serving in those prisons. In fact, some of our current members and leaders were incarcerated at some point, but they have given their lives to Jesus and completely turned their lives around.”

Moody said Trump’s administration seems to be concerned about prison reform and he and others were asked to share their thoughts about it.

“The administration is currently working on prison reform legislation called the First Step Act, and it has bi-partisan support. During my first visit to the White House earlier this year, I was brutally honest about the need for the bill as well as my concerns about the way it was originally constructed. His administration welcomed my feedback and concerns,” Moody said.

The pastor also elaborated on his comments to Trump about “caring for all people.”

Moody said some individuals have incorrectly interpreted that statement to mean a blanket endorsement of everything Trump has done. “That was not the intent of my statement,” Moody said. “What was not captured by the media were his private comments to us before the media was allowed in the room. He spoke very candidly about his desire for prison reform and workforce development. Once the media was allowed in the room and we were allowed to speak, many of our comments to him were in response to his earlier comments to us. That was the context of my comment to him about “caring for all people.”