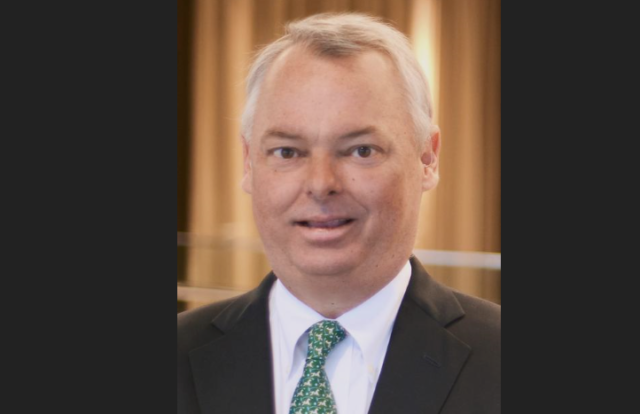 Giles Perkins, a Birmingham lawyer who left a legacy in the city that stretched from the Birmingham Zoo to Railroad Park, died Sunday. He was 51.

Mr. Perkins was a partner at the Adams and Reese law firm.

The firm today released the following In Memoriam for Mr. Perkins who was born on January 26, 1967.

“Giles had a powerful influence on everyone who knew him. His love of life, family and Birmingham will live on forever through his accomplishments and in our hearts. We will miss him sadly, remember him fondly and draw from his courage and compassion to continue.” – Gif Thornton, Managing Partner

We are deeply saddened by the passing of our partner, friend, colleague, and longtime community leader, Giles Perkins, on December 2, 2018. Giles was a trusted advisor influencing so very many lives, both personally and professionally. He will be deeply missed, but warmly remembered by everyone who knew him.

Giles had a long, distinguished legal career and practiced out of the firm’s Birmingham office. A fourth-generation lawyer, he described himself in the following way: “I went to my first deposition at age 7, and I grew up watching my dad try cases in small-town courts. So the law and advocacy are in my blood. Later I got involved in political campaigns, which deepened my knowledge of government and the ways government and business work together. Today, I use that knowledge to solve problems for clients.”

With strong political, civic, business and community ties, Giles was well-known not only within political and business circles but also within the Birmingham community. His legacy can be seen throughout Birmingham. For example, he was instrumental in founding Birmingham Zoo, Inc., a public-private nonprofit formed to assume management of the Birmingham Zoo, and he was a key part of making it the number-one tourist attraction in Alabama.

However, Giles was most proud of his work with Railroad Park. Giles served as President of the Railroad Park Foundation during the construction of the $22-million green space, park and amphitheater in downtown Birmingham, which won the Urban Land Institute’s Open Spaces Award as well as many other accolades. It transformed downtown Birmingham. Birmingham News columnist John Archibald in “Confessions of a Railroad Park Skeptic” described “the reality that grew from a vision few could see. A railing on the north side of the park tells his story: ‘This park stitched Birmingham’s fragments into a city ready for tomorrow. It exists because Giles Perkins, a Texas son, wanted his adopted city better for everyone. His gifted insights and drive to improve our lot wrought order from chaos and changed Birmingham’s course.’”

Giles started in politics working on his mother’s campaign for the State Board of Education in Texas. He was once a candidate for office, running for Alabama Attorney General in 2010, but he was better known for his work behind the scenes.  Giles was an aide to Alabama Gov. Jim Folsom, Jr. and a campaign manager for Birmingham Mayor Richard Arrington, Jr. He was Executive Director of the Alabama Democratic Party from 1997 to 1999. More recently, Giles was Chairman of Doug Jones’s successful 2017 campaign for the U.S. Senate, and Sen. Jones famously referred to Giles as “the Yoda of the campaign.”

Giles was an expert strategist and recognized as such by clients in Alabama, the Southeast and Washington, D.C. He understood the language of both government and business, and he helped clients through litigation, regulatory compliance, public finance, legislative, government contracting and administrative matters.

Giles was also an experienced trial lawyer, having tried dozens of cases, bench and jury, civil and criminal. He handled matters in both state and federal court, including the U.S. Court of Claims, the U.S. Court of Appeals for the D.C. Circuit and the U.S. Supreme Court. He had particular strength in assembling teams of lawyers and other professionals to address the complex needs of clients.

Giles received his bachelor’s degree in English from Southern Methodist University in Dallas, Texas and a law degree from Washington and Lee University in Lexington, Virginia, where he served as student body president.

We extend our heartfelt condolences to Giles’s wife, Hillery, and their three children, Barton, Hugh and Beverly. He will be sorely missed.