Nick Saban had just told nearly 2,200 people how he ultimately became a football coach when Jeremiah Brown stepped to the microphone, asking Saban’s inspiration to be a coach.

Rather than repeating his earlier comments, Saban ultimately provided the 10-year-old member of Boy Scout Troop 478 with some advice.

“Nobody’s ever going to remember anything about what you said (or) did,” the coach said. “They’re only going to remember how you made them feel. I hope you can live your life and make people around you feel good about you being a part of their experience.”

Jeremiah, a Tuggle Elementary student and resident of Elyton Village public housing community, was among hundreds of Scouts on hand as Saban was the featured guest at the annual American Values Luncheon of the Boy Scouts of America Greater Alabama Council.

The Crimson Tide football coach and Alabama broadcaster Eli Gold sat in elevated crimson armchairs for a fireside-styled chat, fielding questions from Scouts and providing life lessons for the youngsters in attendance.

Ten-year-old Ellison Hicks of Troop 86 Green and Homewood’s Hall-Kent Elementary School inquired about the toughest part of being a coach. That, Saban said, is creating a mindset in which “a whole bunch of people” buy into being dedicated to doing what they need to do, what he calls “The Process.”

“If you can make those choices and decisions from a self-discipline standpoint, you’ll always be able to stay on a path to accomplish the vision and the goal that you have.”

Saban said that boils down to choice.

“You have to choose to do the things you have to do to accomplish the goals that you have.”

Walden Knott, another Troop 86 Green member, asked Saban whether he likes being famous. “I don’t see myself as being famous,” he replied.

Later, the coach said a loss of humility can cause people and teams to not do what had made them successful.

He said he thinks last year’s team, which remained undefeated until it lost the national championship game to Clemson, “got to the point, down the stretch,” where it became focused on winning itself more than on doing the things it needed to do to win.

Saban recalled that a repeated theme of Alabama football seasons had been climbing the mountain.

“What people also have to understand is if you’re in a successful organization and you have a successful company … you become the mountain,” he said, trying not to sound arrogant.

“That’s a different mindset. Now everybody tries to do it the way you do it or do it better than you do it. That’s very challenging.”

Time didn’t permit all the Scouts with questions to query the coach. Alabaster’s Jon Baggette, 15, was among them.

The Thompson High freshman plays euphonium in the school band. The Life member of Troop 548 wanted to know Saban’s favorite genre of music.

Gold asked a few questions of the coach, including an assessment of ongoing spring practice on the Capstone. Saban’s answer included his concern about the future of college football.

That concern is centered on the sense of free agency created by graduate transfer rules and the increase of players leaving school early to declare for the NFL Draft.

Half of the players who left college early either went undrafted or had very short careers. And most of those, Saban surmised, didn’t go back to get a degree.

“There’s not 140 first-round draft picks. I can tell you that,” Saban said. “I don’t think it sends the right message for people who make commitments, that they can just jump ship as soon as things don’t go the way they want them to go.” 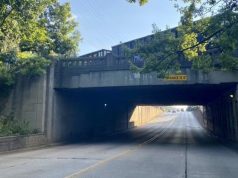 City of Birmingham to close two viaducts due to flooding potential 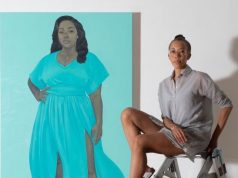 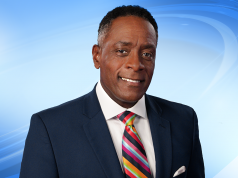