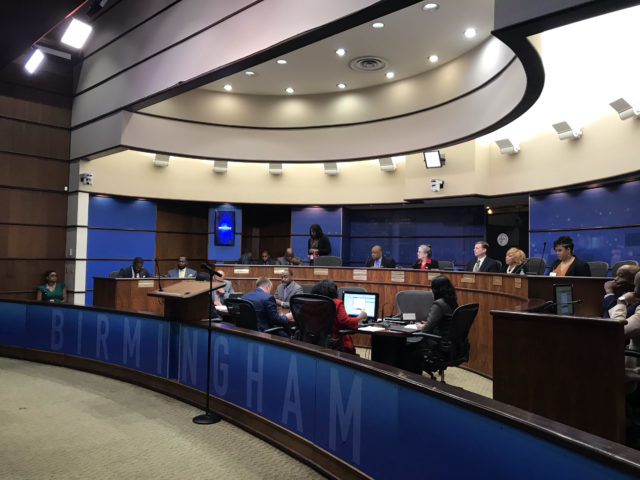 The Birmingham City Council on Tuesday unanimously passed a resolution opposing the relocation of a Sherman Industries concrete facility to Five Points West.

The resolution was passed, 9-0, during the Council’s first evening meeting of 2019.

“It is my firm belief that this will further impede the quality of life for residents in District 8,” said Councilor Steven Hoyt, who represents the district where the proposed facility would be located. “The residents in the Five Points West area need to be included in this project and deserve more transparency. So far that has not been the case.”

“Birmingham has one of the highest air pollution rates in the country. The A.G. Gaston Boys and Girls Club, the CrossPlex are located right there and we’re concerned about how this would affect the air quality in our community,” she said.

During the meeting, Mayor Randall Woodfin announced that the Jefferson County Department of Health (JCDH) will hold a public hearing regarding the permit application from Sherman Industries as a result of the neighborhood opposition. That JCDH public hearing will be held at the CrossPlex at 5:30 p.m. on Thursday, June 6, 2019.

Vicky Moore, president of the Central Park Neighborhood Association, said she doesn’t want big companies to move into the community without input from residents.

Councilor Wardine Alexander said she was disappointed by the lack of communication.  “I found this out on Facebook . . . I know Birmingham was built as an industrial town, but companies that are interested in our neighborhoods need to [know] we want to live in residences like everyone else. We want our air quality to be safe and we don’t want those businesses . . . in areas that are residential.”