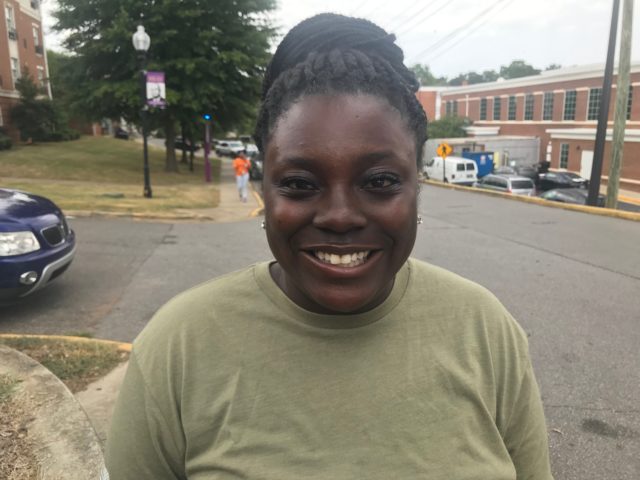 At most institutions of higher education, students never see in person or meet the school’s president. Not at Miles College. Several students recalled interactions with President George T. French Jr., PhD, who announced last month that he will resign from Miles to become president of Clark Atlanta University (CAU), beginning September 1.

Chad James, 19, a sophomore from New Orleans, La., said, “I remember one chapel service, everybody was just leaving. … I was going through a rough time, and I talked to [French]. He told me, ‘Keep going. Don’t give up.’ He gave me some very inspirational words. It made me a better person. It made me realize what I’m worth, what I can do, and what I can strive for.”

Destiny Shepherd, 19, a sophomore from Birmingham, said French always spoke when she and her friends saw him on and off campus: “[He’d] ask us how our day was going and how we were doing. To me, … he was a light. Every time you see him, he’s always smiling and speaking to the students. He always supported us.”

Shepherd remembered a time when she and her friends saw French at an off-campus restaurant and called his name.

“He knew we were Mileans because “he was like, ‘I recognize my Mileans anywhere,’” she said. “We took a picture with him. It was great. I was shocked [that he knew we were students] but also happy at the same time. … We don’t really see him every day, but

when we see him, he recognizes us.”

French, who has served as president of Miles since March 2006, told the Birmingham Times in an interview: “I absolutely love my students. Any chance I get, I walk across the campus. Anytime I see someone with their head down, I will stop them and offer counseling, advice, encouragement. That’s what I enjoy doing. That’s what I’m going to really miss about Miles College—my students, more than anything.”

Jon Hudnall, 19, a sophomore from Washington D.C., recalled telling French that he was having a tough time getting up for some of his classes and was thinking about dropping courses. French told Hudnall, “Do as best as you can and try to make it to those classes. I know you’re going to be tired, but just try to make it to class and strive for excellence.” Hudnall said he got As and Bs that semester. 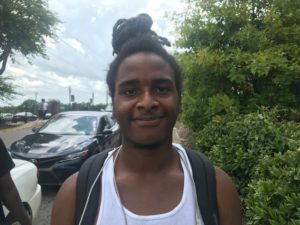 The fact that French is seen around campus in places like the cafeteria and the French Center is important, Hudnall said: “I feel like [the president] should really walk around the campus and interact with students, … to understand the student body and see what you need to work on as a campus.”

Hudnall added that he could speak to French “like a normal person. … The times that we did talk, he would speak a little bit of wisdom into me. … He’s told me some real stuff to get me through sometimes.”

Khadijah Kirkland, a 23-year-old junior from Newville, Ala., said French was someone everyone could relate to.

“He even gave cupcakes and snacks to the cheerleaders and let us openly discuss our concerns with him,” she said. “His impact on me has been nothing but positivity. [I sat] out of college for a little over a year, [and French] made me feel comfortable [about returning] to college.”

One homecoming, French invited Kirkland and some of her friends to fellowship and network with some of his friends during a tailgate.

“That made me feel that he really cared about seeing me progress and wanted to make sure I had the right connections and resources,” Kirkland recalled.

During his tenure, French was a fixture at sports events, said Rachel Canterberry, a 19-year-old sophomore from Birmingham, who saw French at football and basketball games.

“The [students] were always talking about him,” she said. “He’s a cool president.”