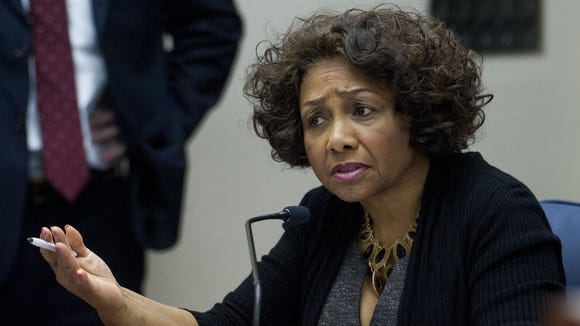 “A house divided against itself cannot stand.” — Abraham Lincoln

I have been distressed to see the Alabama Democratic Party fighting among ourselves.  We are not the enemy.  Racism, apathy, exclusion in all forms have caused us to stray from the principles of why we are Democrats.

Through the years, the state Democratic Party has had great leaders. They were on the frontline fighting these same battles that divide us now. As a minority (not just African American), we felt excluded although we say we are the party that looks like what these United States of America represent, diversity. When we all are included, have the right to participate, be heard, and use our talents to serve and make a difference, we feel included.

From working to secure equal voting rights, to fighting against discrimination in reappointment of elected seats in the state and at the federal level, many of these battles were fought long before my active involvement. I am one who reaped the harvest of those before me. It will always be that way as long as there are those who understand that we are obligated to build a bridge for others to cross.   Many who came before me did not enjoy the fruits of their labor, it was not about them.

These same Civil Rights warriors also realized we must grow, plant new seed and cultivate new crops to continue the legacy who will build on this foundation. Institutional knowledge was shared. We were taught how we got to where we are and never allow ourselves to repeat the ills of the past.

We must never forget those who stood in the gap, made sacrifices so we may enjoy the fruits of true democracy.  Certainly, as we look proudly toward the capital city, cradle of the confederacy, we are proud of Montgomery when people of all races came together to elect its first African American mayor, Mayor-elect Steven Reed. One thing is certain, change.

I have great respect for his father, Dr. Joe Reed, for his leadership of the Alabama Democratic Conference, and all he has done over his long career to break down barriers for teachers, for his public service to the citizens of Montgomery, for holding the Democratic Party together, to fighting discrimination and gerrymandering before others even knew what was going on. We all stand on those shoulders. In many ways, we are part of his legacy.

But there was nothing inherently bad or unfair about the Democratic National Committee’s request to add young people plus other minorities to the State Democratic Executive Committee (SDEC); actually it’s what they require of all state democratic parties.  And three-fourths of the young people added are African-American; that does not dilute our representation.

Many of the state party membership are rooted in Civil Rights, many were Foot Soldiers who have been running this race for many years.  In a relay race it takes many runners and each has a leg or distance to run and the baton is passed on. The team wins.  Much of the current SDEC before Saturday’s elections were made up of the “Selma generation, the Foot Soldiers.”

More than any others, they should be honored, because they inspired me and they have inspired this new generation of “DEM KIDS”.   They are your kids, and your grandkids that you have preached to for years.  You thought they were not listening, but they were.  All parents are proud when they see their children and grandchildren get involved and carry on the family tradition of being a catalyst for change.

I know my parents were. Like the new leader of the capital city who is all grown up and spreading his wings, our children are ready, you have taught them well.   Yes, they will make mistakes, but you are not done.  They still need (I need) the wisdom of the ages, the advantage of your knowledge to avoid the political land mines and I hope you will not let (DEM KIDS) down.

Let’s pull together to elect good people in Alabama.

Linda Coleman-Madison is a Democrat of the Alabama State Senate, representing District 20.