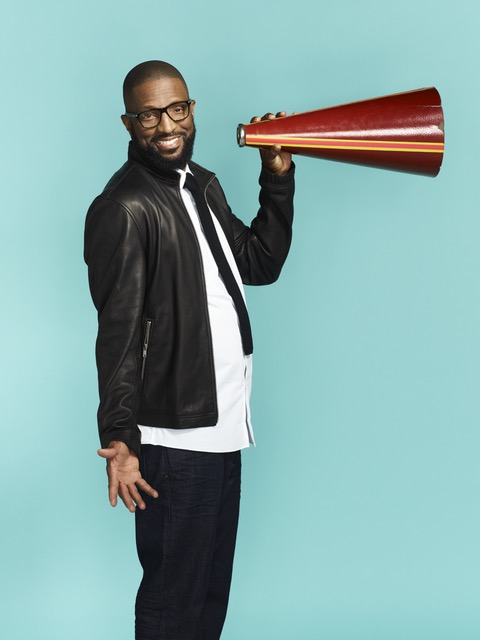 **THE WAILERS at Saturn.
**WATCH WHAT CRAPPENS at the StarDome Comedy Club.

FOR REGGAE MUSIC LOVERS…
**THE WAILERS at Saturn…Have you heard of BOB MARLEY AND THE WAILERS? The legendary Wailers continue their quest to bring reggae to the forefront of the world’s stage. Led by renowned bassist and founder ASTON “FAMILYMAN” BARRETT and original Wailers guitarist DONALD KINSEY, The Wailers give audiences the opportunity to experience their unique and innovative sound. From 1972 to 1980, Bob Marley & The Wailers performed before millions worldwide. Familyman has carried on the mission to “keep The Wailers together” – just as Bob requested. In tribute to the late co-founder and drummer CARLTON “CARLY” BARRETT, The Wailers present Familyman’s multi-talented son, ASTON BARRETT, JR. Also on stage is background singer SHEMA MCGREGOR, daughter of I Three singer JUDY MOWATT and Reggae pioneer FREDDIE MCGREGOR.  Accompanying the legends and children-of-legends on bass guitarist OWEN “DREADIE” REID, a former student of Familyman who also plays bass with Julian Marley’s Uprising band; front man JOSHUA DAVIS BARRETT, Rastaman by lifestyle and culture, who delivers Bob’s powerful message of Jah love and unity through his performance and interaction with the audience; ANDRES LOPEZ on keyboards and ANNE-MARIE THOMPSON, an experienced gospel singer. FOH/Sound engineer is CHRISTIAN COWLIN, a Wailers Band veteran who has traveled the world with The Wailers for more than 20 years and who is responsible for the band’s live sound. It’s a Rastaman Vibration: a slice of music history you must not miss. Legend.

FOR BOOK LOVERS…
**SALVAGED PAGES – The book SALVAGED PAGES: YOUNG WRITERS’ DIARIES OF THE HOLOCAUST was collected and edited by ALEXANDRA ZAPRUDER. It is about life during the Holocaust and written by young Jewish children and adolescents that lived in fear at that time. The book is a collection of diaries written by young people aged 12 – 22. The diaries are historical and literary records of the Holocaust. Some of the writers were refugees, others were in hiding or passing as non-Jews, some were imprisoned in ghettos and most of them perished before liberation. Despite fear, repression, hunger, cold, exhaustion, despair, crowded living spaces, lack of privacy, and separation from home and loved ones, young people documented their experiences and their impressions of their lives, marking their places in the world. They preserve memory of their holocaust experiences. (The world is familiar with one young writer, Anne Frank, and her diary, ‘Diary of a Young Girl’, which was written while in hiding in an attic in Amsterdam, Holland.) It is said: Individually, they break down the holocaust experience into moments that reflect the complexity accounts of a life; taken together, they offer complementary and sometimes contradictory accounts that defy simplification and generalization. The diaries provoke thoughts and questions. Each diary is preceded by an introduction that includes biographical information about the diarist, its historical context, and a study of the text itself and its relevance in the context to Holocaust history and literature. Each entry summarizes what is known of the biographical facts about the diarist, the circumstances under which the diary was written, and the fate of the writer. To write this book, Zapruder was in contact with Holocaust survivors and archives across the United States, Israel and Europe (Germany, Poland, Russia, Lithuania, the Czech Republic, Slovakia, Bulgaria, the former Yugoslavia, Greece, Italy, France, Holland, Belgium and Romania). Even though her research yielded results, she firmly believes that there are many other diaries in private collections and known about through informal and local channels. Alexandra Zapruder was on the founding staff of the United States Holocaust Memorial Museum and was writer and co-producer of ‘I’m Still Here,’ an award-winning documentary for young people based on Savage Pages.  Zapruder hopes that diaries of young writers will continue to emerge and the original materials are translated, studied and made available to the public in English.

FOR THE COMMUNITY…
**DREAMS OF HOPE DOCUMENTARY AIRS ON PUBLIC TELEVISION – A premiere of DREAMS OF HOPE is next Thursday, Feb. 6. It is an inspiring program that celebrates the unifying power of music and spirit of resilience that will air on public television stations across the country in February. The concert documentary DREAMS OF HOPE tells the story of a historic performance at the 16th Street Baptist Church in Birmingham, Alabama, more than 50 years after a hate crime there killed four African American girls. An initiative called Violins of Hope contributed painstakingly restored musical instruments to the event, including violins recovered from Holocaust concentration camps, symbols of resilience in the face of hate, discrimination and racism. Musicians and artists, including some from the University of Alabama at Birmingham, performed and contributed to the creation of the concert and documentary. Directed by filmmaker David Macon and UAB University Professor of Music Henry Panion III, Ph.D., and presented and distributed by American Public Television, “Dreams of Hope” will air on public television stations nationwide for Black History Month (check local listings for airdates). With a captivating storyline written by Macon, “Dreams of Hope” blends concert performance footage with behind-the-scenes interviews chronicling the event’s preparation and reflecting on its significance. The program includes reflections by Richard Arrington Jr., the first African American mayor of Birmingham; Jeffrey and Gail Bayer, co-chairs of Violins of Hope Birmingham; Chris Hamlin, former pastor of 16th Street Baptist; Amnon and Assi Weinstein, founders of Violins of Hope; Panion; violinist Caitlin Edwards, who returned to her hometown of Birmingham to play the Auschwitz violin, originally built around 1850; and Sallie Downs, who spearheaded the initiative to bring Violins of Hope to Birmingham. Concert footage features the premiere of “Dreams of Hope for Solo Violin & Orchestra” by acclaimed composer and conductor Panion, commissioned especially for this concert. Alongside the Dreams of Hope Orchestra, the concert features vocalists Valerie Smith and Lenora Goodman-Panion, dancer Kelsey Ebersold, and the Miles College Choir.

**COMEDIAN MARTIN LAWRENCE AT THE BJCC – The LIT AF Tour, 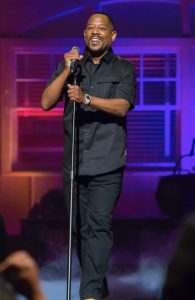 hosted by Martin Lawrence comes to Legacy Arena at the BJCC on Friday, February 7. The 25+ city comedy tour follows the much-anticipated release this week of Martin’s new movie, “Bad Boys For Life” co-starring Will Smith, and each night of the tour will feature Martin doing stand-up along with some of his biggest and baddest friends for a killer comedy explosion. Joining Martin on the Birmingham tour stop will be comedians Rickey Smiley, DeRay Davis, Bruce Bruce and Benji Brown.
**AFRICAN CHILDREN’S CHOIR PERFORMS IN BIRMINGHAM AND HUNTSVILLE – Music For Life (MLF)(the parent organization for the African Children’s Choir) works in the African countries: Uganda, Kenya, Rwanda and South Africa. The African Children’s Choir will perform: BIRMINGHAM – March 12, 7 p.m., Greater Shiloh Missionary Baptist Church, (205) 925-5972. HUNTSVILLE – March 14, 6 p.m. New Life Seventh-Day Adventist Church, (256) 241-6750. BIRMINGHAM – March 15, 5 p.m., Vestavia Hills Baptist Church, (205) 979-5920. OZARK – March 18, 6 p.m., Ozark Baptist Church, (334) 744-9381. MFL purpose is to help create new leadership for tomorrow’s Africa, by focusing on education. The program features well-loved children’s songs, traditional Spirituals and Gospel favorites. Concerts are free and open to all. A free-will offering is taken at the performance to support African Children’s Choir programs, such as education, care and relief and development programs. It’s New Program is JUST AS I AM. For more, go to: www.africanchildrenschoir.com.

FOR OUTDOORS LOVERS…
**SATURDAY DAY HIKE – Meet at 9:45 a.m. – Southeastern Outings Day hike along the Locust Fork River from Swann Covered Bridge to Powell Falls – DETAILS: A moderate three-mile day hike and picnic along the lovely Locust Fork River in Blount County near Cleveland, Alabama. View and drive through the genuine and newly restored wooden covered bridge. Hike along the river from the bridge and have lunch right beside Powell Falls. This waterfall drops about eight feet and carries a substantial amount of water. View sheer cliffs rising over 60 feet right above the water. See a rushing river, covered bridge, high rock bluffs and a large waterfall—all along a one and a half mile stretch of river. Well-behaved, carefully supervised children age 7 and older welcome. Meet 9:45 a.m. at the Cleveland Chevron. Depart at 10 a.m. Info: Dan Frederick, 205/631-4680.

FOR ART AND PERFORMING ART LOVERS…
**SLOW ART SUNDAY, 2-3 p.m. at the Birmingham Museum of Art.

FOR FOOD LOVERS…
**ZANZIBAR BAR AND GRILL…If you love good ethnic food, then Zanzibar Bar and Grill is the place to go every Saturday night. Get your groove on with all kinds of favorite foods from Africa, Caribbean, and more. Enjoy music of all kinds including Caribbean, Soca, African, and Reggae.

FOR COMEDY LOVERS…
AT GOOD PEOPLE BREWING…EVERY FRIDAY…
**FUNNY FREE FRIDAYS (COMEDY SHOW), 9 – 10:30 p.m., at Good People with Birmingham’s finest comedy show at a brewery. It’s free and features the best comedians from around the country. 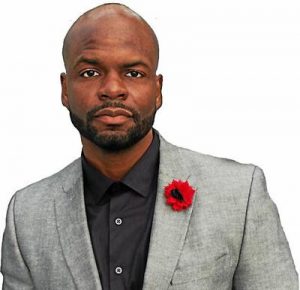 **THURSDAY… COMEDIAN JAY STEVENS… Jay Stevens is a professional comedian, and has been for more than a decade. Jay has been very successful at making people laugh in any venue, from churches to comedy clubs to cruise ships, and now… casinos! He’s also been digitally entertaining audiences with his hilarious skits and commercial reenactments. Jay’s life changed drastically when a video sketch of Stevens getting into an humorous altercation with a police officer, in which Stevens places himself in a police cruiser of an overly intimidating officer, went viral after amassing over 30 million views in just one week! Jay’s “Life Is Hilarious” Tour has been selling out all over the country, leaving audiences in stitches. Stevens has the uncanny ability to point out how funny life really is. From stand-up to sketch comedy, Jay Stevens is a comic you don’t want to miss!
**FRIDAY … HYPNOTIST COMEDIAN FLIP ORLEY… Since Flip Orley has burst onto the comedy scene he has single – handedly reshaped the image of hypnosis from its vaudeville image, to an act hip and edgy enough for the MTV generation. Flip’s appearance on the “Today Show” brought rave reviews and stopped traffic in midtown Manhattan. His one-man show has set comedy club attendance records from coast to coast. Faithful fans and newcomers alike find themselves screaming with laughter as Flip ignites his volunteers’ subconscious minds and transforms reality.
**NEXT WEDNESDAY…COMEDIAN TIM STRATUM…Birmingham native who will keep you in stitches with his southern style humor and storytelling. Tim incorporates real-life stories of growing up in the country with classic stand-up comedy to provide a hilarious evening.
**NEXT THURSDAY… WATCH WHAT CRAPPENS…Watch What Crappens started as a lark sometime in 2012 by Ben Mandelker and Ronnie Karam. The two friends just happened to like talking about shows they watched the night before. So did lots of others, and their audiences grew and grew. Now represented by APA, which also reps Here’s The Thing with Alec Baldwin and The Ladygang, they decided to give live theater a go in 2017. The duo was featured at the 2018 Just For Laughs Festival in Montreal, where they’ll be back next summer. Bustle called Watch What Crappens “dependably fantastic”; The Huffington Post declared Crappens the “go to podcast for all things Bravo”; and Buzzfeed ranked the show on its list of “22 Fantastic Podcasts To Make Your Commute Less Shitty.” Watch What Crappens is available on iTunes, Google Play, Soundcloud, iHeartRadio, Stitcher, Spotify, and anywhere else where podcasts are found. The podcast airs five times a week.
**NEXT FRIDAY AND SATURDAY… COMEDIAN JAY MOHR…Comedian, actor and best selling author, Jay Mohr has been 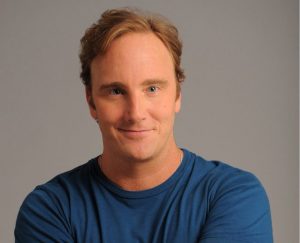 performing stand-up comedy since he was 16 years old. With a career that has spanned over three decades, Jay has become an artist that is very difficult to define. Never wanting to rest on his accomplishments, Jay has always pushed himself to be more than just a comic.Jay Mohr is the rarest of entertainers. After 25 films and starring in his own groundbreaking series produced by Joel Silver and the late Ted Demme (Action) he starred in the CBS scripted comedy Gary Unmarried, which was critically acclaimed and was on for two seasons. 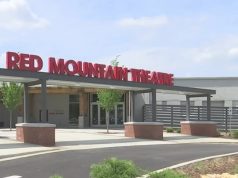 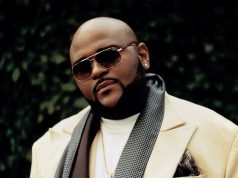 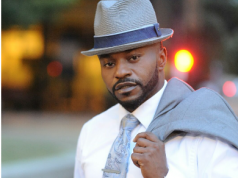