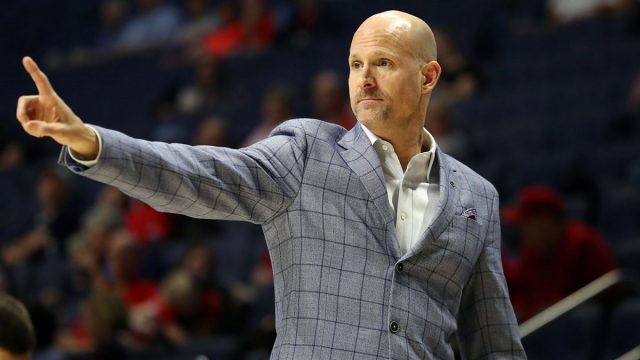 Former UAB Blazers star Andy Kennedy is returning to his alma mater as men’s basketball coach. Kennedy was twice named SEC Coach of the Year during his time at the University of Mississippi. (UAB Athletics)

“On behalf of my wife, Kimber, and our two daughters, I am blessed to be able to return to my alma mater, in a city that I love, to lead this storied basketball program,” Kennedy said in a letter posted on the UAB Athletics website. “I want to thank (UAB President) Dr. (Ray) Watts and Mark Ingram for believing in me and affording me this tremendous opportunity.”

Director of Athletics Ingram said the hiring of UAB’s seventh head basketball coach is pending approval of the University of Alabama System Board of Trustees. Kennedy has agreed to a six-year deal going through 2026.

Kennedy is the winningest coach in University of Mississippi history and was twice named SEC Coach of the Year. The UAB alumnus won 245 games as the Rebels coach, leading them to the 2013 SEC Tournament championship and two berths in the NCAA tournament. Kennedy coached Cincinnati for one season, leading the Bearcats to a 21-13 record in 2005-06.

Kentucky Coach John Calipari tweeted soon after the announcement: “UAB hit a grand slam … Andy is a great friend, a good man and one of the best basketball coaches in the country, bar none.”

The past two years Kennedy was a commentator for ESPN and the SEC Network, but he is also the second-leading scorer in UAB history and a former assistant coach for the Blazers under Murry Bartow.

“Andy is a proven winner both as a player and a coach, and we are elated to have him lead our men’s basketball program,” Ingram said. “He helped build UAB basketball’s proud tradition as one of the best to ever play here, and I am confident he will elevate the program to new heights as our coach. Andy will add to the growing momentum of our university and city as a whole.”

Kennedy replaces Robert Ehsan, who in four seasons coached the Blazers to an overall record of 76-57.