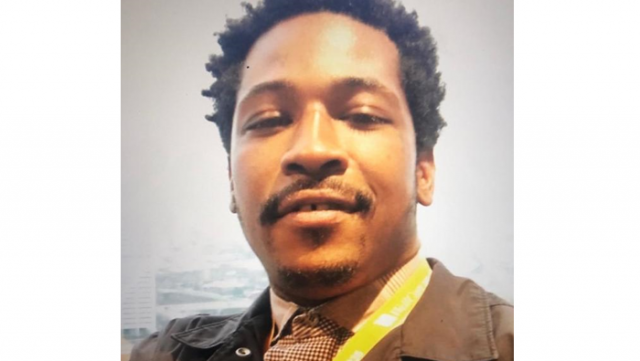 Rayshard Brooks, the 27-year-old black father of four who was fatally shot by an Atlanta police officer, is being remembered as a loving “girl dad” and someone family members could depend on. Brooks was killed during a confrontation with two white police officers on Friday.

His niece, Chassidy Evans, remembered Brooks in a news conference Monday. “Not only was he a girl dad, he was a loving husband, caring brother and most importantly, to me, an uncle I could depend on,” she said. “Rayshard Brooks was silly, had the brightest smile and the biggest heart, and loved to dance since we were kids.”

On Friday, June 12, two white police officers arrived at a Wendy’s drive-thru around 10:30 p.m. because Brooks had fallen asleep in his vehicle. Police said Brooks failed a sobriety test and struggled with police when they tried to cuff him.

Brooks wrestled a Taser away from an officer, ran from the officers, and at one point, aimed the Taser at police before the officer fired his weapon, authorities said. Brooks died after undergoing surgery at a nearby hospital. An autopsy, performed by the county medical examiner, said Brooks suffered two gunshot wounds to his back and listed his cause of death as a homicide.

“Rayshard had a family who loves him, who would have gladly came and got him so he could be here with us today,” Evans said.

Brooks’ eldest daughter turned 8 the day after her father’s death. “The day after my uncle’s murder, his oldest daughter sat (waiting) for her father in her birthday dress to come and take her skating – and to look across the room and know that is not a possibility anymore breaks my heart,” Evans said. “When does this stop? We are not only pleading for justice. We are pleading for change.”

Garrett Rolfe, the officer who killed Brooks, has been fired from the Atlanta Police Department. An investigation into the officers’ actions is underway.

Tomika Miller, who was married to Brooks for eight years, said she “dropped to her knees” when she heard the news. “It was murder – that was not justified,” Miller told CBS News. “He was shot running away. He wasn’t dangerous. He wasn’t coming at them in any kind of way to where they felt a threat, they shouldn’t have felt threatened.”

Miller never imagined she’d be in the same position as the family of George Floyd, who died in Minneapolis police custody last month.

Less than 24 hours after the shooting, the city’s police chief, Erika Shields, resigned. In a statement, Shields said: “I have faith in the mayor, and it is time for the city to move forward and build trust between law enforcement and the communities they serve.”

The shooting comes as anti-police brutality protests have swept the country in the wake of Floyd’s death, a 46-year-old black man who died in the custody of Minneapolis police.Mark Strassman contributed to this report.