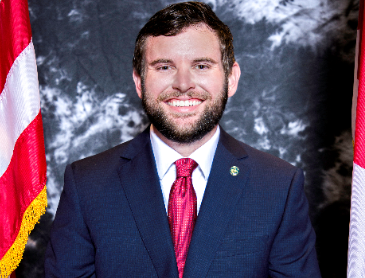 Lately I keep going back to that old adage, “It takes a village to raise a child.” I’m certain that in my lifetime those words have never carried more truth than in this moment we’re in now.

I’ve had countless conversations with Terri Michael and other Birmingham City School (BCS) board members, parents, grandparents, guardians, and even teachers, all of which have expressed concerns over how we should safely reopen schools for our children.

There’s been no shortage of opinions or ideas and there’s no doubt these conversations have been taking place in every part of the country as we continue to grapple with this public health crisis.

There is no right or wrong answer here. It’s an impossible decision. BCS has a student population of right over 20,000 children. For reference, that is roughly the same population as the entire city of Homewood, Vestavia, or Mountain Brook. What might be right for a system with 2,000 students might not be for a system with 20,000 and vice versa.

Children need schooling to learn and gain the necessary social skills for their growth and development. But as we’ve seen there is major concern over safety, not only for students and their families but also the thousands of educators and faculty that BCS employs.

Because of the challenges presented by this crisis, the disparity between school systems in the inner city versus over the mountain will be amplified in a very large way. Students in communities with more income will be able to fall back on recourses not available to less fortunate families, leaving large groups of our students to fend for themselves.

It’s no secret that there is a broad poverty gap between the BCS system and those over the mountain. In 2016, National Public Radio determined that BCS and Vestavia were ranked second in the country for largest poverty differences between neighboring districts – 49 percent of BCS students live at or below the poverty line compared 6 percent in Vestavia. The poverty disparity of BCS and Mountain Brook was ranked third in the nation with a 7 percent poverty rate in Mountain Brook schools.

Generational poverty presents enormous hurdles for young people to overcome. If Birmingham is to fulfill its promise of a city that stands for equality and justice for all, it must start with us rallying around our children.

While I’ve been encouraged by the decision from BCS to purchase all of our students the equipment they need to learn from home — as many of our students utilized the now-closed libraries for computer access — there are still gaps that need to be filled.

For instance, nearly 90 percent of our students qualify for federal free breakfast and lunch programs and rely on those meals during the school year. As we saw this spring, BCS continued to offer breakfast and lunch at locations across Birmingham so children could have access to food while they conducted classes online. This practice will continue into the fall, and that’s great news for students that have parents or a caregiver who can help access those services.

However, we are still faced with the challenge of what to do with children whose parents are hourly employees or don’t have the luxury of working from home; or the kids who do not live in a safe environment, and school is the child’s “safe place” where they know they will be free from abuse or neighborhood violence related to narcotics or prostitution. This is where it’s going to “take a village.”

In order for our children to have the best environment to succeed, we are going to need help from our entire community – churches, YMCAs, synagogues, libraries, community organizations and centers, any place that has the space and resources to allow children to come and learn while their parents are at work.

This is not meant to single out any one place or organization. Rather, I want this to be a call to action for the entire city. Birmingham has and will continue to be one of the most generous and resilient places in America and these last several months have only affirmed that belief for me.

It is not lost on me that the children who once marched for Civil Rights in Birmingham and helped change the world are now being called on once again to help shoulder the burden for a new generation. It is a new struggle, one that has disproportionately impacted communities that have less resources. But now, as it was back then, we are stronger together.

The bottom line is our children need a safe place and full bellies to be able to learn. There’s no playbook for how this needs to happen so we’re going to have to make one ourselves. That has to start with generous people and organizations being able to open their doors to our students who don’t have anywhere else to learn.

It’s going to take a village to raise these kids and help them succeed. And I believe we will.