Tara Bowman knows the statistics by heart. She can also recite health manuals nearly from memory when it comes to cancer awareness, health disparities and the need for early screening and treatment.

Bowman’s own family history is a painful lesson in the urgency of cancer screenings and health awareness, which she generously shares.

“I do it both from the book and, personally, from the heart,” said Bowman, program manager in the Office of Community Outreach & Engagement at the O’Neal Comprehensive Cancer Center at UAB. “When you are real with people, they listen to you better.”

Bowman knows the devastating effects of cancer at its deepest levels after the deaths of her own father, stepfather, stepmother, aunt and uncle. Each loss occurred within the same three-year period between 2015 and 2017. Bowman recalls that she later flipped through her calendar and was shaken by all the notations made for funerals within such a short time.

Bowman is not defined by her loss. Instead, she has become empowered by it in her daily mission to provide essential information about cancer to help save lives.

“At first, it made me numb,” Bowman said. “At the same time, it gave me an internal drive for the job that I was doing. When I started telling people about my stories, they wanted to know, in detail, what happened. They wanted to know more about it, and that has led to them wanting to get screened.”

Bowman’s official job title understates her multiple roles in the office where she works with individuals in the community to remove barriers related to cancer screenings. She is responsible for the development and implementation of several cancer outreach and research programs that focus on increasing cancer screening rates and healthy lifestyle efforts.

Bowman is especially passionate about creating awareness for lung cancer, the illness that claimed the life of her father, Joseph Henry Bowman III, who died in 2016.

On June 16, Bowman participated in the 2020 Virtual Lung Cancer Voices Advocacy Summit, where she helped deliver messages to members of Congress about the importance of federal funding for lung cancer research.

“Our voices were powerful, and without a doubt, our personal stories helped their offices understand what it’s like to live with or care for someone with lung cancer,” Bowman said. “My drive now is to get as many people screened for all of these cancers because early detection saves lives.”

At the O’Neal Comprehensive Cancer Center, Bowman manages six coordinators who oversee more than 178 Community Health Advisors. She also coordinates 44 CHAs on her own in Jefferson County.

Claudia Hardy, program director of the Office of Community Outreach & Engagement, called it remarkable that Bowman could channel her own loss into an even greater determination to promote cancer awareness.

“Tara is a good health educator because she knows the information and how to deliver it to audiences of all sizes and varieties,” Hardy said. “What makes her an exceptional educator is her ability to connect one-on-one with individuals and explain on a deeply personal level why cancer awareness and cancer screenings are so essential.”

Bowman doesn’t mind sharing her stories of family loss and said she hopes that they motivate others to take action for themselves and their own families.

“When we had a breast and cervical project, I did pretty well to share the message and say, ‘Hey, my stepmom ignored the signs. Take advantage of the opportunity,’” Bowman said. “I think I got a lot of people to sign up for testing because I shared my story. It was my calling to come to the O’Neal Cancer Center.”

While Bowman is known to dispense her own style of awareness and education, she said her energy comes from everyone around her and their shared vision of reducing cancer deaths and cancer disparities.

“They trickle down energy, and I feed off positive energy,” she said.  “Any time they ask me to do something, I know it’s a good project. I don’t realize how much work I’m doing because there’s so much energy surrounding it.”

Bowman said she never anticipated changing her path to focus on cancer awareness and community outreach. She was originally trained as a social worker and spent years working with children and families, but she said she’s found her niche at the O’Neal Cancer Center, where her skills are being used and expanded to include health advocacy.

“In this field, it’s like you are doing some social work because you refer them to resources and it’s a personal conversation. It’s about relationships,” Bowman explained. “It’s something that has to come from the heart. If you don’t have a natural heart for this, you can’t teach it.”

Bowman remains excited about her work to spread the message of healthier living, whether she’s doing so in person or virtually, and to ensure that the people of Alabama have access to life-saving health care and educational information.

“There’s so much to be done. I don’t have time to get tired now,” Bowman said. “My dad always said that he would rest when he dies, and that’s literally what he did. He would be proud of me.”

Learn more about cancer screenings, clinical trials and other patient services offered by the O’Neal Comprehensive Cancer Center at uabmedicine.org/cancer. 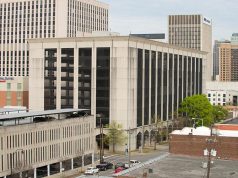 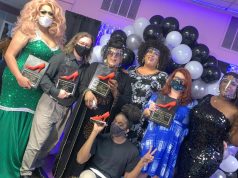