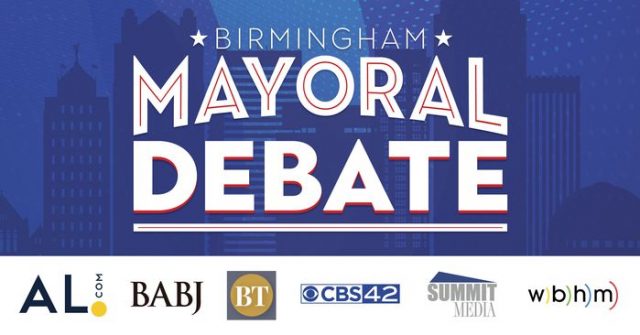 The Birmingham Times is partnering with other news organizations to host a virtual Birmingham mayoral debate on Aug. 17.

The debate will begin at 6:30 p.m. and will be streamed live via Facebook and YouTube. It also will be available on www.birminghamtimes.com. The event will run approximately 90 minutes.

The Birmingham Times AL.com, WBHM, CBS 42, Summit Media and the Birmingham Association of Black Journalists (BABJ) are working to bring all eight mayoral candidates into the debate to provide voters the information they may need to decide which candidate deserves their vote. The event is one week before the city’s election on Aug. 24.

RSVP to the event here on Facebook. You can also RSVP here on Eventbrite.