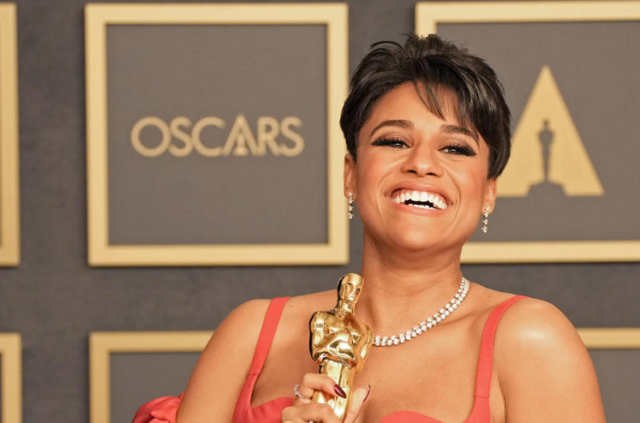 Actress Ariana DeBose made history Sunday as the first Afro Latina and openly queer actor of color to take home an Oscar with her win for Best Actress in a Supporting Role in “West Side Story.” In her acceptance speech, DeBose said “dreams do come true.”

“Imagine this little girl in the back seat of a white Ford Focus. When you look into her eyes, you see an openly queer woman of color, an Afro Latina, who found her strength in life through art. And that’s what I believe we’re here to celebrate,” DeBose said.

“So to anybody who’s ever questioned your identity ever, ever, ever or you find yourself living in the gray spaces, I promise you this: There is indeed a place for us,” she added, quoting “West Side Story.”

During her acceptance speech, the actress thanked the film’s director Steven Spielberg and Rita Moreno, who originated the role in the 1961 movies, saying they were instrumental in her performance.

Moreno made history 60 years ago when she became the first Latina to win an Oscar, which she won for the same role of Anita. But Moreno told “60 Minutes” last year that it wasn’t the starting off point for her career as she hoped.

“The phone wasn’t ringing off the hook,” Moreno said. “After West Side Story “I couldn’t get a job except in gang movies, lesser ones.”