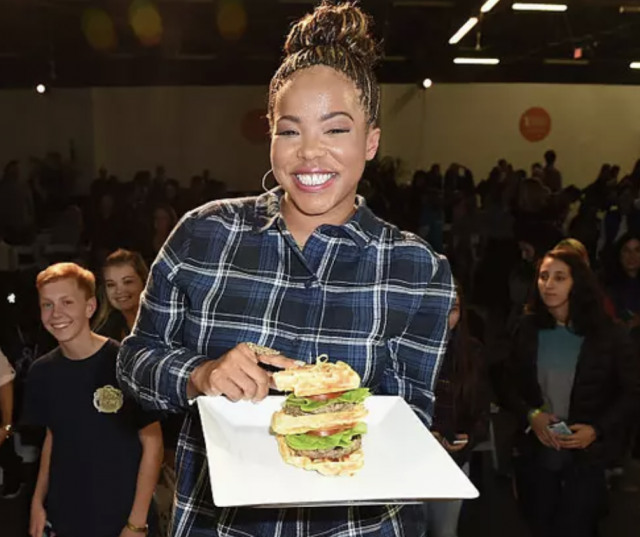 To compile this list of trailblazers and some must-know names, The Daily Meal looked for Black chefs and restaurateurs both past and present who broke barriers by achieving firsts, penning top-selling cookbooks, earning nominations for awards and more in the competitive — oftentimes exclusive — world of food. 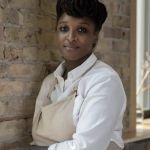 Mariya Russell became the first black woman to earn a Michelin Star in 2020 for her work as chef de cuisine of the popular Chicago bar Kumiko and its sister restaurant, Kikko. Her dishes are known as luxe small bites that showcase Japanese technique, ingredients and flavors. “Thinking about [being] the only Black woman doing this is really, still very much so, blowing my mind. Representation is really important in all kinds of things, but in an industry like this, I think it’s really cool,” she told Michelin. 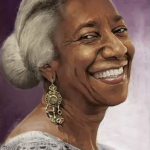 Known as the grande dame of southern cooking, Edna Lewis was among the first African American women from the South to pen a cookbook that did not hide the author’s true name, gender or race, according to the National Women’s History Museum. Lewis spent more than 75 years in the culinary world, where she was hailed as an esteemed chef in many popular restaurants, published three highly acclaimed cookbooks and won multiple James Beard awards. Lewis died at 89 years old in 2006, but her legacy lives on. In fact, a first edition of one of her most famous cookbooks, “In Pursuit of Flavor,” is featured at the Smithsonian Institute’s National Museum of African-American History and Culture. 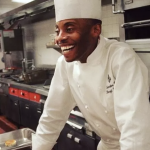 Darryl Evans was the first African American to participate in the International Culinary Olympics in Frankfurt, Germany, where he won three gold medals and one silver medal in 1988 and 1992, according to the African American Chefs Hall of Fame, to which he was inducted. He continued his culinary career as a chef’s apprentice with the American Culinary Federation at the Cherokee Town and Country Club. He was later appointed executive chef, a position he held at several restaurants, country clubs and four-star establishments. Evans died in 2014 at 52 years old. 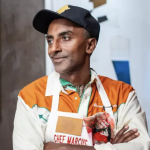 In the 1990s, Marcus Samuelsson received a three-star rating from The New York Times at 25 years old, the youngest person to receive such an accolade at the time, for his food at the high-end Scandinavian restaurant Aquavit. He currently owns and operates Red Rooster Harlem in New York City, along with a number of other restaurants. In 2016, Samuelsson was inducted into the James Beard Foundation “Who’s Who of Food and Beverage in America.” He is the co-founder and co-producer of the annual food and culture festival Harlem EatUp! He also has his own show on PBS, “No Passport Required,” helping him become one of the biggest celebrity food stars of the 2010s. 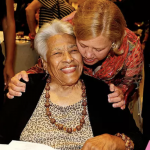 Leah Chase, also known as the Queen of Creole Cuisine, was the executive chef and co-owner of the Dooky Chase’s Restaurant in New Orleans, one of the most historic restaurants in America. Chase was an acclaimed cookbook author and appeared on cooking shows with nationally recognized chefs, including Julia Child. She was awarded for both her work as a chef and in public service. When African Americans were denied a seat in New Orleans restaurants in the ‘50s and ‘60s, she cooked for them and fed meals to civil rights workers on the frontlines. Chase died in June 2019, but Dooky’s continues to be a stomping ground for regulars, tourists and locals alike. It has also served both President George W. Bush and President Barack Obama. 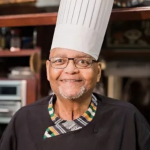 A living legend, Joe Randall is known by many as the Dean of Southern Cuisine, and he’s been cooking up southern dishes in Savannah, Georgia, since 1999. Randall climbed the ranks from Air Force flight line kitchens to executive chef at dozens of restaurants, including the award-winning Cloister Restaurant. His passion for people and cooking runs so deep, he opened his own cooking school in 2000. Randall’s cookbook “A Taste of Heritage: the New African-American Cuisine” is on permanent display at the Smithsonian Institute’s National Museum of African-American History and Culture. Randall is also the president of A Taste of Heritage Foundation, which sponsors the African American Chefs Hall of Fame. 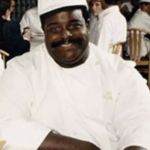 Patrick Clark was the first black chef to win a James Beard best chef award, which he took home for the mid-Atlantic region in 1994. Following this massive accomplishment, Clark was offered the position of executive chef at Tavern on the Green, one of the country’s most successful restaurants at the time. Clark then took over the kitchen of Washington, D.C.’s prestigious Hay-Adams Hotel, which led to him later catering meals at the White House. His 1998 obituary names him one of America’s most beloved chefs. 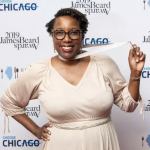 Mashama Bailey, executive chef and partner of The Grey in Savannah, Georgia, spent many years cooking throughout New York City’s restaurant scene. At The Grey, Bailey has earned a number of awards, including the James Beard Foundation’s Best Chef Southeast award in 2019. She also serves as vice-chairman on the board of the Edna Lewis Foundation, which preserves and celebrates the legacy of the late chef, who influenced Bailey’s menu at The Grey. 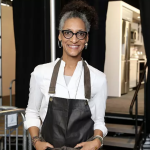 Carla Hall has been called “the most visible black person in food.” She’s known for her stint on Bravo’s “Top Chef,” her time as co-host on ABC’s Emmy award-winning show “The Chew” and appearances on “Good Morning America.” Aside from her three popular cookbooks, she’s a judge on a number of shows and specials. In 2018, her book “Carla Hall’s Soul Food: Everyday and Celebration” received an NAACP Image Awards nomination. 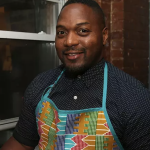 Bryant Terry is a James Beard Award-winning chef and author known for advocating for a more healthy and sustainable food system. Since 2015, he has been the chef-in-residence at the Museum of the African Diaspora (MoAD) in San Francisco, where he creates content about food, farming, health, activism and culture. His fourth book, “Afro-Vegan,” was chosen as one of the best cookbooks of the year in 2014 by Amazon. In 2016, business media brand Fast Company included Bryant among the “9 People Who Are Changing the Future of Food.” 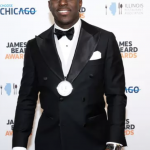 After Edouardo Jordan opened JuneBaby in Seattle in 2017, he received Best Chef Northwest and Best New Restaurant awards from the James Beard Foundation in 2018, making him the first black chef to win the Best New Restaurant award. Jordan’s menus are inspired by cuisine from France, Italy, the American South and the Caribbean and can be described as upscale, modern takes on classic soul food. 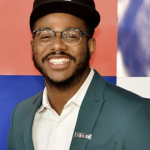 Kwame Onwuachi emerged from his “Top Chef” season 13 run ready to take on the food world. In 2019, he published a memoir titled “Notes From a Young Black Chef.” That same year, he received the James Beard Award for Rising Star Chef of the Year. His training at some of the top restaurants in the country shows at his Washington, D.C. restaurant, Kith/Kin, where his food is a nod to Afro-Caribbean and Creole food as well as the African diaspora. 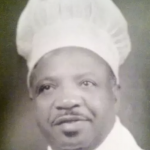 In the 1930s and ‘40s, Robert W. Lee was one of the African American chefs brought north by wealthy restaurant owners at a time when executive chefs were mostly European, according to the African American Chefs Hall of Fame. Up until World War II, Lee worked as executive chef at the Harrisburger Hotel in Pennsylvania, where he made the menus, did all the hiring and trained hundreds of African American chefs. During the war, Lee received a medal from President Franklin D. Roosevelt for the large number of troops he taught how to cook. Lee died in November 1999, and his famous crab cake recipe lives on with his legacy. 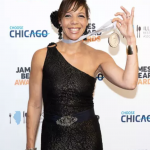 On the 11th season of Bravo’s “Top Chef” in New Orleans, Nina Compton may have come in second place, but she was voted fan-favorite. Since then, she has opened two restaurants, Compère Lapin and Bywater American Bistro, in the Big Easy, utilizing flavors from her Caribbean roots on the menus. Compton was named one of Food & Wine magazine’s Best New Chefs 2017 and Compère Lapin was named Best New Restaurant by both New Orleans Magazine and The Times-Picayune. She also won a prestigious James Beard Foundation Award for best chef in the South in 2018. 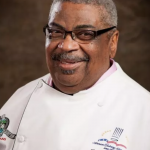 Leon West went from being a busboy and dishwasher in 1962 at a diner in his hometown of Boston to receiving the President’s Medallion from the American Culinary Federation for culinary excellence in 2011. Between those moments in ‘62 and 2011, West received Chef of The Year honors from the American Culinary Federation New Orleans Chapter in 1996 and served as Executive Chef of the “Taste of the NFL” in 2002. He is known as one of New Orleans’ most talented chefs. 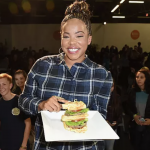 One of the things you may not know about the Food Network is that Tregaye Fraser was the first black woman to win “Food Network Star” in the show’s 12th season. She has also been a competitor on the shows “Cutthroat Kitchen” and “Guy’s Grocery Games.” Fraser attended Le Cordon Bleu for culinary school, but soon realized her love for cooking came from her grandmother’s meals and love for fusion cuisine, which set her apart from other formally trained chefs. 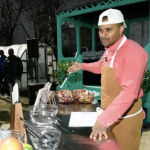 JJ Johnson is a James Beard-nominated chef known for creating simple cuisine with bold flavors inspired by the Caribbean food he grew up cooking with his Puerto Rican grandmother. Johnson’s fast-casual restaurant concept FieldTrip is a Harlem spot that showcases heirloom rice from around the world. He’s also one of the chefs for Buzzfeed’s Tasty platform that is followed by millions of people and hosts “Just Eats with Chef JJ” on TV One’s new network Cleo TV.