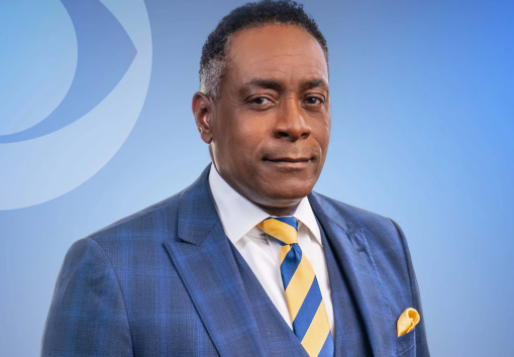 WIAT CBS 42 announced Monday that Art Franklin, veteran television journalist and co-anchor of the CBS 42 evening newscasts will step down from his role at the station next month. Franklin’s last day on air is set for Friday, April 29.

“I have decided now is the right time to relaunch my entrepreneurial engagements. I am looking forward to remaining in the Birmingham area and being a part of the city’s exciting present and future opportunities,” said Franklin, who has been at CBS 42 since his return to Birmingham television broadcasting in 2016, when he joined the CBS 42 Morning News.

He has long been a part of community and civic activities, participating in then-Birmingham Mayor Richard Arrington Jr.’s Youth Commission program and tutoring at Fairfield High School. He even started U-Turn, an anti-gang program, and set up a scholarship of his own.

“I know I got to where I was because somebody helped me,” Franklin said. “I just thought it was incumbent upon me, as a person that somebody looked to on television, … [as a person] who had achieved to some level, to give back to this community.”

He first came to Birmingham in 1991 to work for WBRC, where he spent 12 years anchoring news, and then advanced his career to work in television in Atlanta.

“Art has been a valuable member of our CBS 42 News team since his arrival, for his strong journalist skills, his passion for our community, and his leadership behind the scenes in our newsroom”, said CBS 42 News Director Rob Martin. “We will miss working with him, and being with him every day, but we look forward to his future accomplishments.”

“Art Franklin’s service to our community as a journalist, and as a leader, is inspirational to anyone who knows him, and we at CBS 42 have had the privilege to have worked with him over the past few years”, said James Cromwell, Vice President and General Manager of WIAT CBS 42. “We wish him great success in all of his endeavors. We look forward to highlighting his accomplishments and contributions over the next few weeks.”

In a December interview with The Birmingham Times, Franklin said “impact” is what keeps him going, whether on television or with his clothing line.

“God’s not finished with me yet,” Franklin said. “You may have heard that phrase, and I believe that. There’s still more to do, and part of that is what I’m doing now by launching this [clothing] collection because God’s still working—and He’s like, ‘We’ve got a long way to go here.’”