Heavy downpours Tuesday night and more rain expected throughout the week have the City of Birmingham “on high alert,” Mayor Randall Woodfin said on Wednesday.

Woodfin and city leaders gathered outside Fire Station No. 1, at 1808 7th Ave. North in downtown after more than six inches of rain poured into the city Tuesday, requiring 42 water rescues in less than five hours.

“When you have low lying areas in a city like Birmingham, when you have the amount of creeks we have, in and near the city of Birmingham, and you receive six inches of rain from a weather event that is a slow moving storm, this is the unfortunate result,” he said.

Birmingham Fire Chief Cory Moon said residents should keep a “Turn around, don’t drown” mentality. “During flash flooding, please avoid walking or driving through any flooded areas. If the area looks questionable, when it comes to the water level, please just turn around and take an alternate route,” the chief said.

More than three dozen water rescues are a large number for a short period of time, but Birmingham Fire and Rescue Services (BFRS) was prepared to handle for the cases, Moon said.

“. . . we have resources, we have personnel available, and we’re always ready to respond to those types of incidents,” said the chief, who added that calls received by BFRS were spread throughout the city.

“There were a lot of people driving through the floodwaters . . . a lot of whose homes were flooded and we had to go in and rescue people . . . so there was a mix,” Moon said.

There were no reports of injuries, he added.

Katrina Thomas, director of planning, engineering and permits for the city, said storm water staff is monitoring water levels at locations that historically flood and cause problems. For example, Village Creek, which runs through Birmingham, and Valley Creek, which starts in the western area of the city.

“We know that Village and Valley Creeks have already crested at several locations throughout…we implore everyone to stay safe and to be aware during this time. As little as six inches of rain can sweep away a car,” she said. 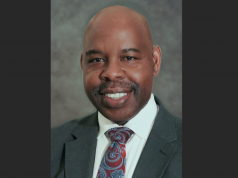