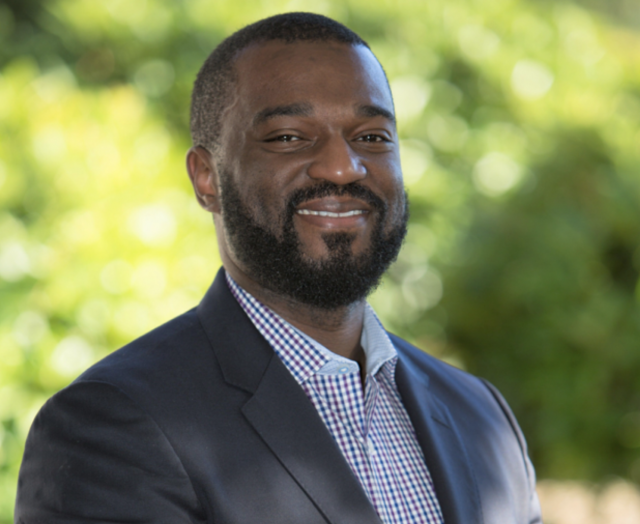 Few believed in Isaiah Gresham, a Birmingham-raised financial services professional, who grew up in the South Hampton Apartments of Birmingham’s North Pratt neighborhood where at least one school administrator considered him “trash,” he recalled.

When his mother spoke to the principal at Gresham’s elementary school about switching Gresham to a better teacher the principal spoke poorly of the student.

“The principal was like, ‘No, he’s trash. He doesn’t belong in this other classroom. What makes you think that he’s any different than any of these other students?’” Gresham said.

But that didn’t stop him. The Birmingham native would go on to earn a master of accountancy degree from Samford University and is now giving back.

Earlier this year, Gresham, who now owns Gresham Financial, which is based in Scottsdale, Arizona, started a scholarship at Samford for underrepresented and disadvantaged students in business majors. One of his biggest challenges at Samford was managing work and school.

“During those early years, it was really difficult for me to stay engaged because it was just so hard financially to stay there,” he recalled.

He had the assistance of faculty members at Samford who helped guide him academically but also noticed the financial struggles of many who couldn’t afford to finish school.

“Even in the jobs that I had, working in the grocery store or other retail segments, or working in food service, I got a chance to see so many people who went to college but didn’t finish and [who were] falling into those early economic traps…” Gresham said.

The struggles of paying for his education has amplified his mission to build a company “that didn’t simply do compliance for people because just doing compliance is not enough. Anybody can do that,” he said.

In 2012, Gresham earned his bachelor’s in business administration, and in 2014, his masters. Through his financial company, Gresham said he provides tax and general financial planning and literacy, and business plan evaluation.

“I really spend the time to ensure that people have the tools that they need that they may not be getting from their current educational experience . . . in a lot of cases, people are taught how to do things, but they’re not taught things about money,” he said.

Despite his own difficulties paying for education, Gresham said he succeeded because his mother Wanda, who ran a housekeeping business, and his mentor Perry Lewis, who formerly owned Sandy’s Flowers in the West End community, all served as inspirations.

“I built my company as a labor of love,” Gresham said. “I watched my mom face her challenges of being an entrepreneur and also watched one of my mentors [Lewis]…successfully keep their business moving forward on a steady basis because they had [a] person in their corner helping them, so I learned at a very early age what the benefit of that was,” he said.

Gresham said his academic performance and good early teachers enabled him to take the path he found, which led first to W.J. Christian School in Roebuck Springs and then to the Alabama School of Math and Science (ASMS) in Mobile.

Before leaving his elementary school and even with discouragement from the principal, Gresham said he became the first student in the school’s gifted program.

“Education was key, and it was recognized very early in life. Really, it’s due to my mom and [some] teachers. [They] really contributed to that process because I was just doing what I thought my job was, which was just to be a good student,” Gresham said.

During his time growing up in South Hampton, Gresham said he was aware of crime that went on around him but was somewhat insulated from it.

“I was not often allowed to go outside and play because…the 90s, in Birmingham, there was a lot of drug activity…”

Education was his way out. After elementary school, he went on to Minor High School in Adamsville where he didn’t stay long. Through his participation in the former Duke University Talent Identification Program (Duke TIP), Gresham received materials from exclusive high schools including ASMS in Mobile but he wasn’t interested because the school didn’t have football. However, that changed after he sustained an injury from playing the sport at Minor.

“My mom told me, ‘You tried the football thing, and look at you. You’re hurt already,’” Gresham recalled.

At ASMS, a boarding school, Gresham said he learned about living independently and found the benefits of smaller class sizes and a student body focused on academics.

Today, Gresham continues to run Gresham Financial in Scottsdale but also travels from Arizona to Birmingham, where his son Lee lives, and Maldonado, Uruguay, where he is currently recruiting bilingual financial professionals.

“It’s the next phase of our company. With my clients being predominantly located in [the southwestern United States], I just see some business opportunities in that market by having bilingual employees,” he explained.

In addition to recruiting and improving his own Spanish, Gresham said he’s enjoyed the few months he’s spent in Maldonado so far.

“I’m very fortunate that the city that I live in is very close to the coasts, and I’m a person that has a tremendous affinity for the water, and I enjoy the culture,” he said. “I’ve been able to develop friendships in a short period of time, and I really do think that it’s going to be a good place for me to grow personally.”